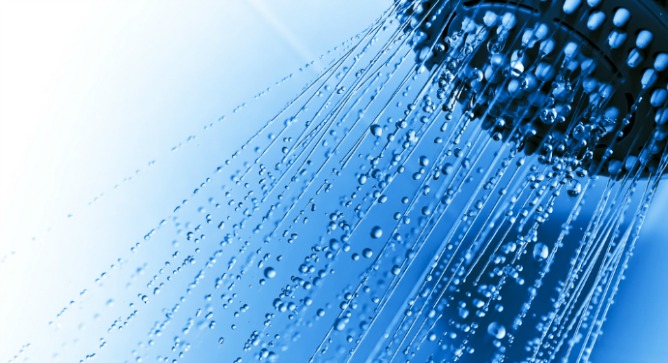 Thinking about 98.6 degrees Fahrenheit: This is how Asaf Shaltiel, the CEO of SmarTap, came up with the idea for an electronic “smart” showerhead that can talk with computers and smart home devices.

Soon to market his clean-tech product through two major manufacturers in Europe, Shaltiel says his new e-shower invention doesn’t only help hotel owners improve their bottom line while guests are washing theirs. It also helps quell the risk of Legionnaire’s disease, and offers a greener way to get clean.

Shaltiel explains: “My sister gave birth to twins and I noticed all the complicated logistics of taking care of them. The temperature had to be just right. So this idea of creating a smart shower device is because of my sister. I thought, wouldn’t it be nice to be able to turn on the shower and automatically fill the babies’ tub with 20 liters [five gallons] of water at 37 degrees C [98.6 F] exactly?”

Instead of using a thermometer and having to guess, Shaltiel’s sister could just press a preset button and the bath would be exactly right for her twins. “That’s how I began the company,” the father of a six-year-old tells ISRAEL21c.

Headed to hotels and homes

Shaltiel was an engineer from Intel where he helped design Sandy Bridge microprocessors. He linked up with an engineering partner, and since the end of 2009 has enlisted several other former co-workers to build his clean-tech company.

Funded by the Jerusalem-based Terra Venture Partners, SmarTap’s six employees are building the company as an OEM (original equipment manufacturer). They aim to get their smart shower engine box at the heart of chain hotels via manufacturing partners.

They also plan to win over consumers with the shower device, expected to cost about $500. 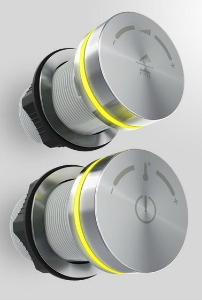 SmarTap will cost about $500 for homeowners.

The SmarTap engine, which can control temperature and flow rate, and prevent scalding, does not need to sit beside the shower. Rather, the showerhead is fitted with a Wi-Fi communication device, and this pairs with a digital control to transmit information back to the showerhead brains in another location.

From the digital controller, one can program the ultimate shower experience or easily adjust flow and temperature. For hotel owners, the programmability of the SmarTap solution lets a resource manager reduce flow rate during peak demand, or use it to save several liters of water every minute.

“If the flow was reduced from 20 liters a minute to 17 or 18, the person taking a shower wouldn’t notice,” says Shaltiel.

But the accounts manager would. For hotel chains, Shaltiel can assure a return on investment (ROI) from one to three years depending on how the system is fitted. If it’s to replace worn-out equipment or installed at the beginning of construction, the ROI is one year. The cost to replace a well-functioning system would yield an ROI of three years, Shaltiel estimates. After that, the savings starts.

By June he hopes to have real data from a pilot program at two Tel Aviv hotels, the Dan Panorama and the David Intercontinental. About six showers in each hotel will be fitted with the SmarTap e-shower device for patrons to try.

If you do try it, take note: The shower might start “dry” at first. It doesn’t actually heat water but diverts cold water to a holding tank until the temperature is just right. Then the flow begins.

A shower in the clouds?

Connected to the Internet cloud, suddenly a resources manager can see the whole picture of peak shower time when most of the guests arrive to their room. It’s like spying, but in an ethical way. 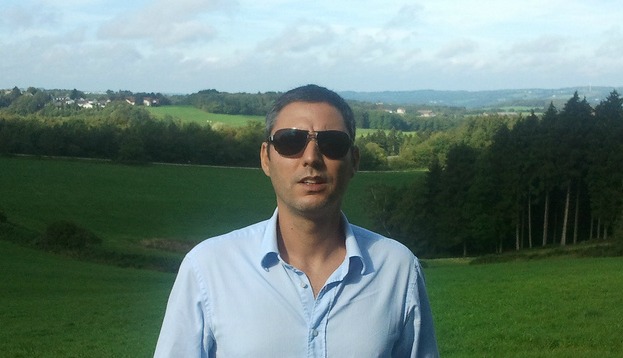 SmarTap founder Asaf Shaltiel is breaking into the clean-tech market.

“We’ve embedded Wi-Fi in each unit, which registers with a router which gets data from the cloud,” says Shaltiel. “We can augment pressure and temperature and change it, and do what is called ‘peak shaving’ in the hotel industry. For instance, we can make sure the pressure doesn’t go over 18 liters a minute. We can also ‘tell’ the boilers to work harder, and so on.”

An additional benefit for hotel owners, he says, is that SmarTap saves them on monthly cleanings to prevent Legionnaire’s disease. SmarTap can self-clean using a pulse of water about 158 degrees F, when the room is unoccupied.

When a guest is in the room, the showerhead will be programmed never to go above scalding temperature. While it might irritate businesspeople accustomed to steaming their suits in the bathroom, this can prevent second-degree burns and make the shower safer.

For the home user, preventing burns in children –– or parents from a blast of hot water when someone flushes the toilet –– can be a lifesaver too.

SmarTap might also be a lifesaver for new moms as they struggle to hold and calm baby while getting that bath just right. As the kids grow, SmarTap can be a teaching tool about how much water goes into a shower or bath, and how much that costs.

SmarTap plans to launch products through German and Italian companies. Europeans will be able to buy a SmarTap system by the fourth quarter this year, and Americans a little while later.

UNCOVER ISRAEL - Get the ISRAEL21c
Weekly Edition free by email
Sign Up Now!
Bring Israel's story to life.
Millions of people around the world rely on us to gain a deeper understanding of Israel. We are the trusted source for original content you won't find anywhere else.
You can make a difference. Donate today to support journalism that brings Israel’s story alive.
SUPPORT ISRAEL21c
Read more on:   Environment, smart showerhead, SmarTap