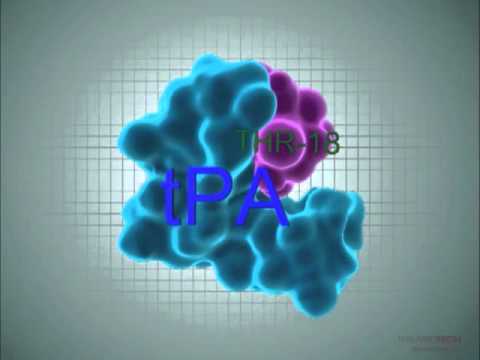 Could a new Israeli treatment help save millions of people from death and severe disability after a stroke?

The six-person team of the recently funded company Thrombotech believes they have a fighting chance. Their new drug amplifies the effects of one of the only existing stroke medications on the market, while preventing dangerous side effects.

There is a critical window of time needed to get to the hospital if you are having a stroke. If it is an ischemic stroke, meaning an artery to the brain is blocked, doctors must get the blood flowing to the brain quickly.

The only approved treatment for this today is an enzyme called tPA. If given within three hours, tPA dissolves the blood clots blocking the flow of blood to the brain. However, it can be used in just 10 percent of cases and can cause life-threatening side effects such as hemorrhaging.

Yet except for tPA, there isn’t much in a doctor’s arsenal for fighting the serious effects of strokes, which are the leading cause of disability in the world and the third leading cause of death in the United States after cancer and heart disease.

This is precisely the unmet market need, worth about $3 billion per year, that Ness Ziona-based Thrombotech is targeting.

Rather than venture into the complicated and historically unsuccessful realm of trying to develop new neuro-protectant drugs, Thrombotech devised a technology to make the existing stroke treatment, tPA, more potent and effective.

The synthetic peptide, dubbed THR-18, came out of research at the Hadassah-Ein Karem Medical Center carried out by Arab-Israeli Prof. Abdel-Raouf Hijazi. THR-18 binds with tPA, giving the clot-buster more firepower and increasing the time window during which tPA can be effective, from three hours to nine hours. Pre-clinical studies suggest that THR-18 significantly reduces the dangerous potential side effects of tPA, too.

Thrombotech CEO Ruth Ben-Yakar, an Israeli biotech industry veteran, tells ISRAEL21c that the experimental drug may allow tPA to be used in up to 85% of ischemic stroke victims, including those whose symptoms and severity of attack would otherwise have excluded them.

“It’s important to understand that neuro-protective drugs, which protect the brain from damage due to lack of oxygen, all have failed. This is very unfortunate, yet this is part of the reason I believe in this drug,” she says of THR-18.

After successful phase I toxicity tests, Thrombotech is embarking on the next stage of clinical trials to meet US Food and Drug Administration guidelines. Participants for phase IIa clinical trials are now being recruited in Israel, Europe and the United States.

If all goes according to company expectations, a new treatment to make tPA work better could be on the market as early as 2017.

Thrombotech’s major shareholders include Clal Biotechnology Industries, Ofer Hi-Tech and Hadasit Bio-Holdings. The company is also seeking other indications for its therapy, which may include treating blot clots caused by cardiovascular events and high blood pressure.

UNCOVER ISRAEL - Get the ISRAEL21c
Weekly Edition free by email
Sign Up Now!
Bring Israel's story to life.
Millions of people around the world rely on us to gain a deeper understanding of Israel. We are the trusted source for original content you won't find anywhere else.
You can make a difference. Donate today to support journalism that brings Israel’s story alive.
SUPPORT ISRAEL21c
Read more on:   Health, Biotech