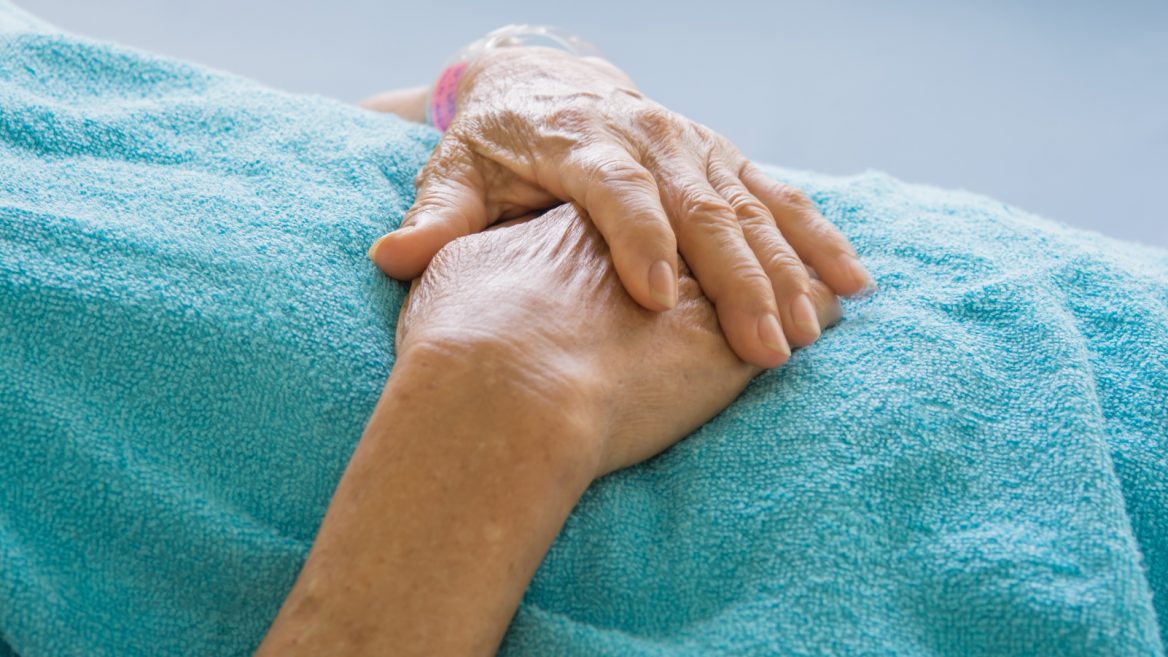 Brain changes in dementia patients are mirrored by skin changes, according to Israeli researchers. Photo via Shutterstock.com

Dr. Efraim Jaul, director of geriatric skilled nursing at Herzog Hospital in Jerusalem, noticed that many patients with dementia — and especially those with Alzheimer’s disease — seemed more prone to developing pressure ulcers (bedsores).

It occurred to him that perhaps the significantly higher incidence of bedsores was not simply a result of the immobility of advanced dementia patients, as is commonly assumed.

“I wondered if they were really distinct diseases or if there could be any connection between them,” he tells ISRAEL21c.

He has published three research papers over the past few years showing a clear link between dementia and pressure ulcers.

Jaul says that his groundbreaking discovery is unique.

“That’s because we looked at advanced dementia, while almost all research is focused on early dementia and how to prevent its progression,” he explains.

It’s in the skin

Jaul was the lead author of papers about the dementia-pressure ulcers link that appeared in International Wound Journal in 2013 and in the Journal of Experimental Aging Research in 2016.

Earlier this year, Jaul and Oded Meiron — a cognitive neuroscientist who heads the Electrophysiology and Neuro-cognition Lab in Herzog’s Clinical Research Center for Brain Sciences — published an article in the Journal of Alzheimer’s Disease outlining their theory about why the two seemingly unrelated conditions are related.

They suspected that the abnormal changes in the brain that lead to dementia are not localized but actually occur at the same time in other body systems. And that’s exactly what some neurodiagnostic teams have found.

“We expect to see these changes happening even with mild cognitive impairment,” Meiron tells ISRAEL21c.

This makes sense, he explains, because skin tissue and brain tissue derive from the same embryonic stem cells.

Jaul presented the theory at a recent conference of the Israel Gerontological Society. “We got a lot of interest from other clinicians,” he reports.

Two ways to use this information

The practical implications of Jaul and Meiron’s theory are two-fold.

For caregivers of mild or moderate dementia patients, understanding the heightened danger of developing bedsores will encourage a more aggressive preventative approach while dementia is still mild or moderate. Frequent changes of position and other measures can be taken to keep sores from forming.

From a research point of view, Meiron hopes to advance clinical studies of NeuroDiagnostics’ skin test for the purpose of pinpointing an individual’s type and stage of dementia and noninvasively (and inexpensively) suppressing its progression using novel safe neuromodulation interventions.

“If we look at peripheral biomarkers instead of inside the brain, we can identity or have a good idea of what is happening in the brain as well, on the cellular level,” he says.

“The biomarkers significantly differentiate between elderly controls and Alzheimer’s patients. There are also biomarkers for other types of dementia but that needs to be further validated.”

If validated by clinical trials, the skin test could be a powerful tool for early detection and specific diagnosis since not all forms of dementia require the same treatment.

Having this information will help clinicians prescribe appropriate therapies to slow or stop dementia from advancing to the stage where pressure ulcers and debilitating cognitive impairments can have deadly consequences.

“If we identify these early stages we can intervene and delay accelerated cognitive decline. The skin markers are important but the goal is increased quality of life,” says Meiron, who also is involved in a few clinical studies that introduce this idea in the field of aging and pre-dementia research.