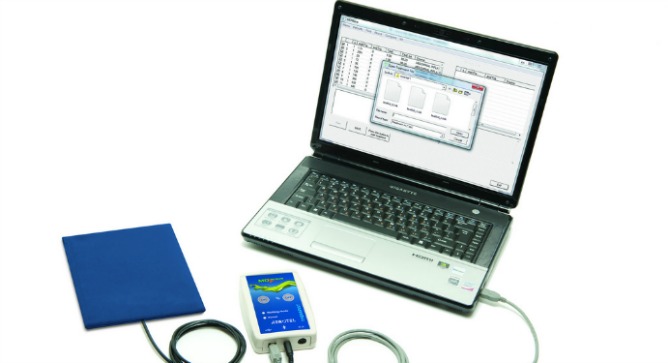 The same Israeli inventor who brought the world pre-paid phone cards and voice over Internet protocol (VOIP) also had an idea for a portable medical device that could confer the healing properties of low electromagnetic frequencies.

Nearly a decade after its conception, MDwave is now inching closer to the marketplace. Based on technology developed by Israel Defense Prize winner Tzvi Kamil, the late head of the Israeli Nuclear Safety Commission, the device is made by the Holon-based company Aerotel.

“Magnetic ﬁelds have been used for more than 20 years in medicine, such as for skin lesions, and were shown to improve the healing of bone fractures,” he and colleagues wrote in a scholarly article on the topic in Annals of Biomedical Engineering.

The device is driven by proprietary computer software that can generate a range of frequencies depending on the indication, he says. “We have two concepts — one to be used by therapists in a clinical setting, and another for patients to use at home that’s preprogrammed by a therapist for a specific indication.”

The principle that external electromagnetic frequencies can have a healing effect on human cells is at least a century old, says Scheinowitz, but its mechanisms have never been fully understood. Research indicates that the frequencies alter the passages through which substances enter and exit cells.

Two clinical trials are now underway in an Israeli hospital. One is an experiment to see if the device is effective against chronic musculoskeletal pain. The other involves patients who suffer from chest pain as a result of too little oxygen reaching the heart through blocked blood vessels.

“We know from our research in cell cultures, animals and human volunteers that a 16Hz frequency opens potassium ion channels of cell membranes. Opening these channels reduces the influx of calcium ions, which reduces the need for oxygen – and that is very important for patients with cardiac disease,” says Scheinowitz, an associate professor of physiology in the biomedical engineering program at Tel Aviv University. “Reducing calcium also causes the smooth muscle layer of blood vessels to relax so more blood is being pumped to the heart.” 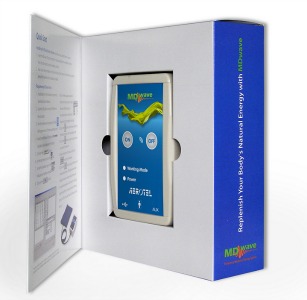 The well-established connection between calcium and heart disease is the reason many cardiac patients take medicines called calcium channel blockers. But pharmaceuticals taken by mouth get distributed systemically and get stored in body tissues, sometimes leading to adverse side effects. MDwave would deliver the desired results in a targeted and transient fashion.

“We don’t know the mechanism, but we do know that reducing calcium in the brain may positively affect the neurotransmitters associated with attention deficits,” he says. “We’re now in the process of getting approval in Israel to test this hypothesis on children who are not being treated by Ritalin.”

The proposed six-week trial would involve placing MDwave under the child’s head for 20 minutes while he sleeps, and evaluating differences in behavior afterward.

A few more studies must be completed before MDwave could be commercialized. Another round of clinical testing will soon take place in Germany. However, Scheinowitz is optimistic that the device will become available to cardiac patients by mid-2013.

Aerotel Medical Systems, a daughter company of Aerotel founded in 1998, provides solutions for telemedicine, telehealth and telecare applications as well as communication, medical and therapeutic devices.

The parent company was founded by Kamil and Eli Nhaissi in 1985. After inventing technology for VOIP and prepaid phone cards, as well as pioneering Israel’s nuclear program, Kamil became interested in frequency medicine. He died suddenly in July 2010, but Nhaissi and Scheinowitz continued perfecting and researching the MDwave device Kamil had spent eight years developing.

“This is a promising product from a company that’s already produced interesting and successful products,” sums up Shai Aizin, Aerotel’s global director of business development.

UNCOVER ISRAEL - Get the ISRAEL21c
Weekly Edition free by email
Sign Up Now!
Bring Israel's story to life.
Millions of people around the world rely on us to gain a deeper understanding of Israel. We are the trusted source for original content you won't find anywhere else.
You can make a difference. Donate today to support journalism that brings Israel’s story alive.
SUPPORT ISRAEL21c
Read more on:   MDwave, drug treatment, heart disease, Medical devices, Health