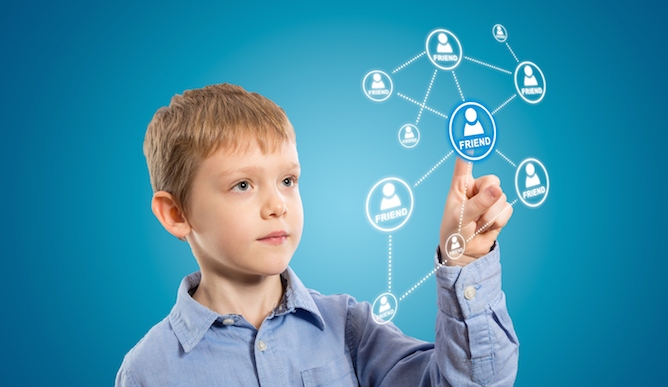 At that point, some parents would have caved in and others would have ignored the whining. Eshet did neither. He agreed that children under 13 – the official minimum age for Facebook – need a safe social network of their own, and he created one. In Israel, it’s called Nipagesh (Let’s Meet) and elsewhere it will be NetoKids.

Children sign up through their schools. So far, about 150 Israeli schools have registered to use the program for free, with the cooperation of the Ministry of Education.

“Since at that age kids’ lives are centered around school, we decided to give them a platform that will enable them to connect with other kids with similar interests, share ideas and chats, and connect to school as well,” Eshet tells ISRAEL21c.

Teachers can use Nipagesh to send students assignments and announcements, start and moderate online group discussions, and cooperate in educational projects with other schools using the network.

And not just in Israel. Moty Kanias director of the Jewish Agency’s School Twinning Network, tells ISRAEL21c that three Israeli and three South American Jewish schools participated in a Nipagesh pilot program this year. Funded by the Jewish Agency, the L.A. Pincus Fund for Jewish Education in the Diaspora and Beit Hatfutsot-The Museum of the Jewish People in Tel Aviv, the project is to expand next year to encompass 10 schools in Israel and 10 in South America.

“We hope to connect Jewish kids from around the world on a daily basis through Itay’s network,” says Kanias. “We chose Nipagesh after researching all the possibilities. It has the signature of the Education Ministry, and it really serves our needs. The next phase will be connecting US schools to South America and to Israel – a sort of triangle. And we are working with Itay to add more languages.”

On May 20, Eshet launched a Headstart crowd-funding campaign seeking to raise NIS 75,000 to keep the service free in Israel.

“We are doing something unique; our business model is not based on advertising. So we ask parents to support us if they think what we are doing is for a good purpose,” he says.

Eshet, who has been programming 30 of his 39 years, hopes to roll out NetoKids internationally in September with a subscription-based business model, probably targeting Europe first.

“Our social network is multilingual, so we can deploy anywhere,” he says. “I have had several hits from interested people in other countries.” 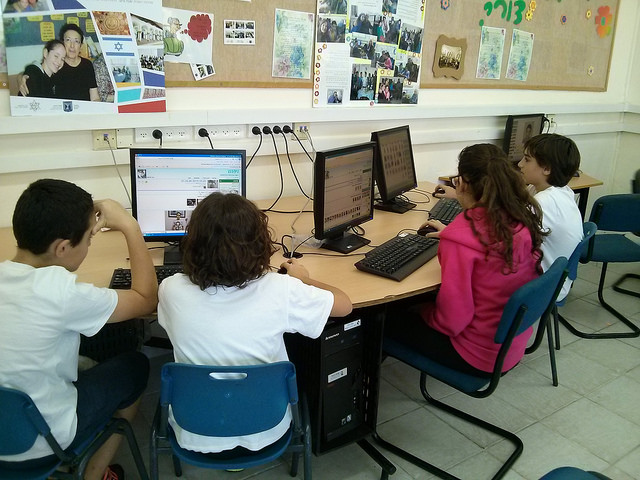 The six people behind Nipagesh work out of an office in Hadera. “This is more than a full-time job for me,” says Eshet, a veteran of high-tech and the space industry in Israel thanks to his graduate degree in electrical engineering. His three children are currently aged 13, 11 and one month.

“We also want to create an application for kids as an alternative to social apps such as WhatsApp, which has an age limit of 16. Parents have no control over mobile phones. They don’t know what groups their kids are in, who are the members of those groups. So we want to bring a more suitable alternative to the chatting aspect of social media and prepare the kids for using social networking correctly when they’re older.”

Parents of children using Nipagesh/NetoKids receive alerts when their children post comments and photos, and know with whom their child is chatting, though they may not read private messages. Both adults and kids can notify administrators if they notice bullying or inappropriate language on the network.

People often ask Eshet how he cut through bureaucratic red tape to get Nipagesh approved by the Education Ministry relatively quickly.

He responds that ministry officials “understood what I proposed was a solution to a problem that they have. They are responsible for education of kids, and technology is part of that — learning how to act online and respect others, learning the limitations of the Internet. In addition, fights that begin online often end up in the schoolyard, so we give [educators] a place where they can control it and be part of it.”

Click here for details Increasing affinity, understanding and joy for Israel through education Click here for details
Bring Israel's story to life.
Millions of people around the world rely on us to gain a deeper understanding of Israel. We are the trusted source for original content you won't find anywhere else.
You can make a difference. Donate today to support journalism that brings Israel’s story alive.
SUPPORT ISRAEL21c
Read more on:   Netokids, Social Action, Education