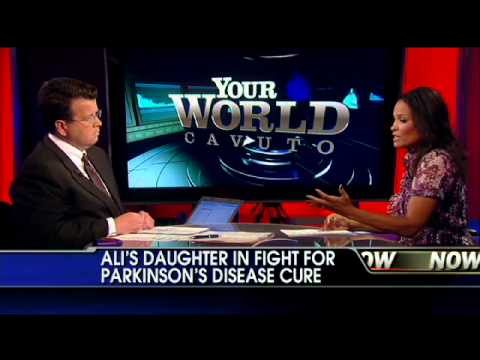 The famous physicist Stephen Hawking has lived with the progressive neuro-muscular disease ALS (amyotrophic lateral sclerosis, or Lou Gehrig’s disease) for decades. But ordinarily, the disease usually causes death within five years, as patients gradually lose the ability to move, swallow and breathe.

Since there is no known cure for ALS, it’s little wonder that patients from across the globe are clamoring to be included in a groundbreaking clinical study started recently at Jerusalem’s Hadassah University Medical Center. Researchers are looking at the ability of enhanced autologous stem cells (taken from the patients’ own bone marrow) to stop the progression of ALS and perhaps even improve the condition of sufferers.

However, there are only 24 slots available in the year-long study, says Prof. Dimitrios Karussis, the renowned stem-cell transplant expert leading the research.

Karussis, head of Hadassah’s Multiple Sclerosis Center and a member of the European Steering Committee for Bone Marrow Transplantation in Multiple Sclerosis, is a stem-cell therapy pioneer. Last year, findings of his research published in the journal Archives of Neurology demonstrated that autologous stem cells safely stopped disease progression for several months in both multiple sclerosis (MS) and ALS patients.

Bone marrow is the body’s greatest source of adult stem cells. Hematopoietic stem cells, which continuously produce and renew white and red blood cells, have long been used to treat blood disorders such as lymphoma and leukemia. The more recently discovered mesenchymal stem cells (MSC) are the ones harvested for Karussis’ studies, because they can produce almost all kinds of tissues and differentiated cells, including cells of the central nervous system.

“This is a unique protocol in the Western world,” Karussis tells ISRAEL21c.

The current Hadassah study is a collaboration with Petah Tikvah-based BrainStorm Cell Therapeutics, which is commercializing a technique innovated at Tel Aviv University for growing and modifying adult stem cells to treat ALS. 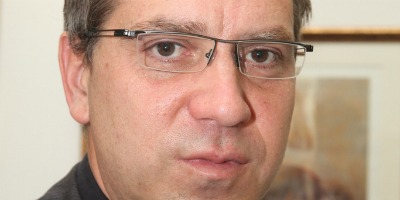 Dr. Dimitrios Karussis: “This is a unique protocol in the Western world.”

“We take bone marrow from ALS patients and grow it in sterile conditions at Hadassah. In one month, a few cells grow to 100 million cells,” BrainStorm’s acting CEO Adrian Harel tells ISRAEL21c. “Our ‘trick’ is causing the cells to differentiate so that they secrete proteins that are important for communication between muscles and nerves. Scientists think that in ALS there is a discontinuation of communication between muscle and nerve.”

“This clinical study is very important for patients and for their families,” says Harel, “because it gives hope that doesn’t exist right now.”

Former American prize fighter Muhammad Ali’s daughter, Rasheda, sits on BrainStorm’s advisory board and was interviewed recently about Karussis’ study using NurOwn. Ali is following it closely for its implications for people with Parkinson’s disease, like her dad, and those with other neuro-degenerative diseases.

“We have to show that this treatment is safe and has no side effects, and also that it stops degradation of the disease, which normally progresses quickly,” says Harel. “We also would like to show that there is improvement in function.”

The biggest hope in the field

Israeli ALS activist Avichai Kremer of prize4life and of the Israeli ALS Association was the first person to receive experimental injections of NurOwn at Hadassah last October. He reported nearly three months later that the treatment seemed to stop the progression of his ALS and improved his breathing and speaking.

Harel said he and Karussis “are being bombarded with letters and calls from the US, Europe and also Arab countries” from patients wishing to learn more about NurOwn. ALS patients number about 750 In Israel and 30,000 in North America at any given time.

Karussis stresses that using autologous stem cells is ideal since there is no need to find donors and no concern about the ethical problems that arise from the use of embryonic stem cells.

“In ALS, until now there has been no effective treatment, nothing even close, to arrest progression,” Karussis stresses. “This is definitely the biggest hope now in this field.”

UNCOVER ISRAEL - Get the ISRAEL21c
Weekly Edition free by email
Sign Up Now!
Bring Israel's story to life.
Millions of people around the world rely on us to gain a deeper understanding of Israel. We are the trusted source for original content you won't find anywhere else.
You can make a difference. Donate today to support journalism that brings Israel’s story alive.
SUPPORT ISRAEL21c
Read more on:   Health, stephen hawking, bone marrow, ALS, Lou Gehrig's disease, Hadassah University Medical Center, Prof. Dimitrios Karussis