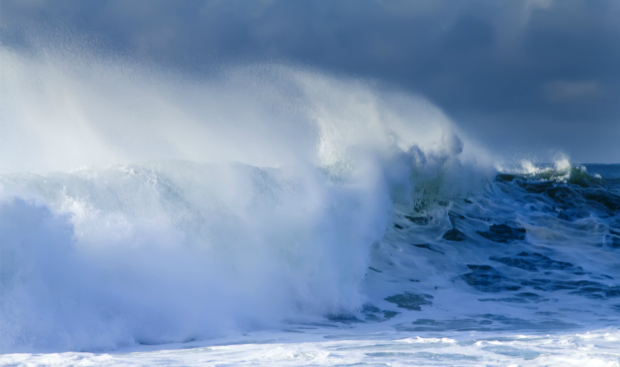 An Israeli researcher has developed a new method of predicting the shape of oncoming waves in a breakthrough that could double the amount of energy previously collected from wave power.

Like wind and solar power, wave power has enormous potential and is already in use on the East coast of the US, and on the Atlantic coast in Spain.  The unpredictability of the waves, however, which differ in size and force, makes harvesting energy from the sea unstable.

WECs consist of two parts, a fixed part often attached to the ocean bed, and an upper part which moves up and down with the motion of the sea. Energy is created by the resistance force between the parts. To function properly WEC’s need to adjust themselves to each oncoming wave, but currently this is something they cannot do.

Weiss, who is working with a team at the University of Exeter in the United Kingdom, believes that his control algorithm used in conjunction with previously-developed wave prediction technology, can help WECs calculate the correct amount of force needed to collect the maximum energy possible from each individual wave.

A processor attached to the WEC runs the algorithm five times a second in order to determine and then implement an optimal mechanical response to each incoming wave.

In the lab, Weiss and fellow researchers have run simulations of the technology using wave data gathered from the ocean. They found that by using the new algorithm, energy collection was improved by 100 percent, doubling the amount of energy WEC’s were previously collecting.

“The most important piece of information is the height of the wave,” said Weiss. “You would think that the longer the WEC knows the wave height in advance, the better, but in a surprising finding, it turns out that a one-second prediction horizon is enough.”

Weiss believes that his findings, published recently in the journal Renewable Energy, can do much to improve the functioning of existing WECs, but can also help much the technology become more competitive.

Like wind and solar energy in their infancy, today marine energy is 50 times more expensive to collect than the market price for the energy itself. With improvements to the structure, performance and production of the WEC, it could become commercially viable.

“There is a lot of untapped energy in the ocean,” said Weiss.

UNCOVER ISRAEL - Get the ISRAEL21c
Weekly Edition free by email
Sign Up Now!
Bring Israel's story to life.
Millions of people around the world rely on us to gain a deeper understanding of Israel. We are the trusted source for original content you won't find anywhere else.
You can make a difference. Donate today to support journalism that brings Israel’s story alive.
SUPPORT ISRAEL21c
Read more on:   News, TAU, Prof. George Weiss, wave power, Wearable Technology, Sustainable energy