What if IDF army fashion could be racy and everyone in Israel would know and love the sport of curling? Two separate and very different crowdfunding campaigns are now underway to make these dreams come true.

Founders of the new MTKL Apparel line, Amnon Shenfeld and Ilan Missulawin, decided that the best way to sell their fashion was to launch a risky and risqué campaign. They shot a pinup calendar of former Israeli women soldiers in brazen poses donning their sexy (or sexist, depending on whom you ask) clothing.

The MTKL brand — which takes its name from the Hebrew army unit acronym “matkal” referring to an elite commando unit – is not just about a calendar of scantily clad women apparently. The Tel Aviv company’s goal is to “show the world the beauty of Israel and its people” with “the sexiest and sharpest military-inspired street wear the world has ever seen.”

“When we set out to create MTKL we had two goals in mind. The first was to mix the best Israeli characteristics: Hutzpah and aggressive innovation, into unique must have urban fashion,” writes Shenfeld on the indiegogo crowdfunding campaign site.

“The second and perhaps nobler goal was to create a brand which will serve as a platform to show the reality of Israeli life . . . we want to show a side of Israel rarely discussed in classic media. Being a modern, freethinking people being forced to fight for values which are similar to those held by most civilized modern people in other countries.”

They’re hoping to raise $30,000 by December 6, and will donate 10 percent of all proceeds to the Association for the Wellbeing of Israel’s Soldiers. 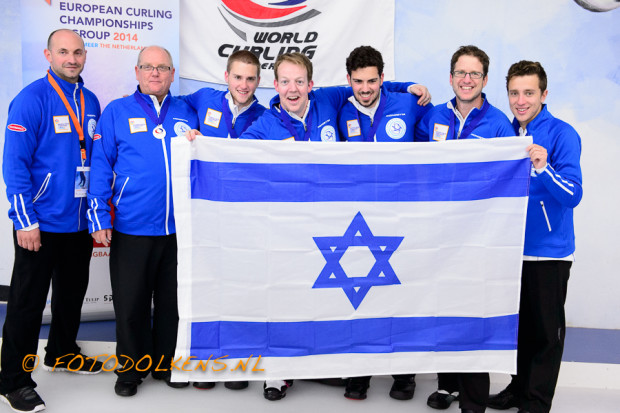 On the opposite side of the crowdfunding rink are Israel’s newest Cool Runnings athletes: the first-ever Israeli National Curling Team. These guys are the real deal, having recently won seven straight victories at their first competitive outing.

The five curlers making up Team Israel only became a team in June 2014 but that didn’t stop them from taking home a silver medal in October’s European C-Group Championships and qualifying for the upcoming B-Group Championship in Switzerland.
They’ve turned to crowdfunding to raise $25,000 by November 29, 2014, for future competitions “and continue on our path to qualify for the 2018 Winter Olympic Games,” they write on their funding site.

If the curlers qualify to represent Israel at the next Olympics, they would double the number of Israeli representatives who went to Sochi earlier this year.

“The chance to qualify for a world championship is within reach,” the team writes. “Please consider supporting the Israel Curling Federation as we make history on the ice together.”