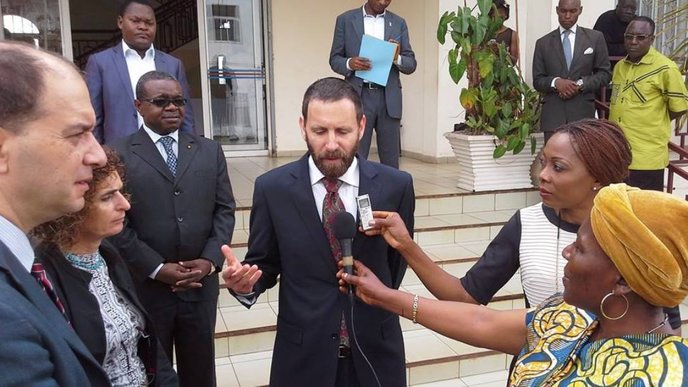 MASHAV was welcomed to Cameroon in September to provide preventive training in six hospitals.

Dr. Roee Singer of the Health Ministry was welcomed to Cameroon in September to provide preventive training in six hospitals. Photo courtesy of MASHAV

In response to urgent pleas from the United Nations, the World Health Organization, the US government and other countries, Israel is sending more than a million shekels’ worth of medical equipment, as well as expert personnel to fight the spread of the African Ebola epidemic that has claimed 3,400 lives since March and has infected almost 7,200 people.

Gil Haskel, deputy director general of MASHAV-Israel’s Agency for International Development Cooperation of the Foreign Ministry, tells ISRAEL21c that many international groups – including IsraAID, the Israel Forum for International Humanitarian Aid — are already working in the affected countries of West Africa to treat patients stricken by hemorrhagic fever caused by the virus.

Earlier this week, Israel’s Defense Ministry told the US and UN that it could not fulfill a request to send IDF field hospitals to Liberia and Sierra Leone, out of concern for the safety of Israeli health workers. MASHAV is answering a different but just as pressing need: prevention.

“Our idea was to exercise Israel’s experience in emergency preparedness in countries that border on those already struck with the epidemic, so as to prevent Ebola from spreading further into Africa,” Haskel explains.

“We have experience in mobile clinics and mobile emergency centers, and that’s where we want to lend our assistance. We decided we’ll be more effective in preventing further spread.”

Within the next two weeks, MASHAV will ship three mobile emergency Ebola treatment units, equipped to handle the first cases that may be discovered, to the three countries deemed at highest risk of infection. Those countries will be selected in conjunction with the Ministry of Health, he says.

“We are constructing the units in accordance with WHO standards and preparing them to be sent out by sea,” Haskel says. “We hope they’ll be received sometime in November.”

Each 10-bed unit will be accompanied by an Israeli team including technicians to construct them and train local personnel how to run them, and a doctor and a nurse under the auspices of the Health Ministry. They will train their African counterparts to educate at-risk populations on how to prevent the spread of the disease.

Every country has a role to play

Poor compliance with health authorities and many customary practices are thought responsible for the rapid spread of the virus, so public education is essential.

The aid agency also plans to send emergency equipment to the government of Sierra Leone.

With support from MASHAV, IsraAID is cooperating with other international agencies in Sierra Leone. In partnership with First Lady Sia Nyama Koroma, IsraAID teams are training local communities about steps each person can take to protect against infection, and about managing the stress caused by widespread fear of the virus and its survivors. IsraAID personnel used similar anti-stress techniques to help refugees in Jordan, Bulgaria and South Korea. 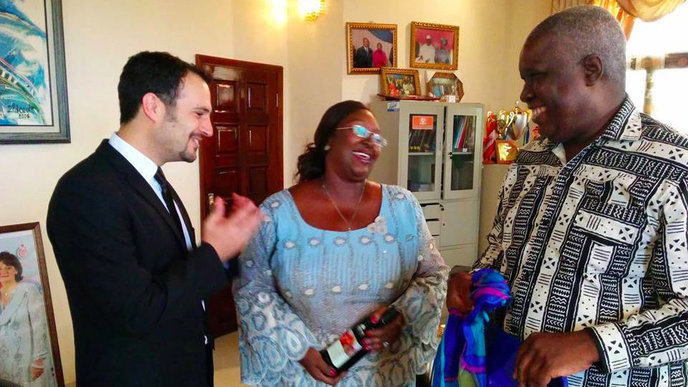 Israeli Ambassador to the United Nations Ron Prosor told a Security Council in September that just as Israel answered the call for humanitarian aid in Haiti, Ghana and the Philippines, “Israel is ready for the new challenge standing before the world, and has started providing funds and medical equipment.”

Prosor declared, “The time for global action is now. Tens of thousands of lives and the future of West Africa hang in the balance. Every country, no matter how small, has a role to play in combating the Ebola epidemic. We are standing at a crossroad. In our generation global health and development goals that once seemed unattainable are now within our reach.”