After disasters, ITC works toward emotional healing. Image via Shutterstock.com

Earthquake in Haiti, tsunami in Japan, typhoon in the Philippines, school shooting in France, terror attacks in Boston and Mumbai – when disaster strikes, Israel is quickly on the scene with medical and humanitarian aid.

But when the injured have been tended, the homeless housed and the hungry fed, the difficulty of healing psychological wounds begins. This is where the Israel Trauma Coalition (ITC) steps in, training leaders of affected communities how to help residents pick up the pieces of their lives.

Typhoon Haiyan devastated the Philippines last November, resulting in an outpouring of emergency aid from Israeli government and charitable organizations. On January 18, 2014, two ITC professionals set off to the area with the goal of establishing a long-term psycho-social rehabilitation program in collaboration with the American Jewish Joint Distribution Committee (JDC).

“We don’t go in the first days during the humanitarian relief work,” says ITC Director Talia Levanon, a clinical social worker who has traveled to many disaster sites around the world.

“During those first days we are making connections and mapping needs, creating relationships that will enable us to determine what our best contribution can be, in partnership with local NGOs and governments. Sometimes the focus is on schools and sometimes on clinicians. Every disaster has its own story.” 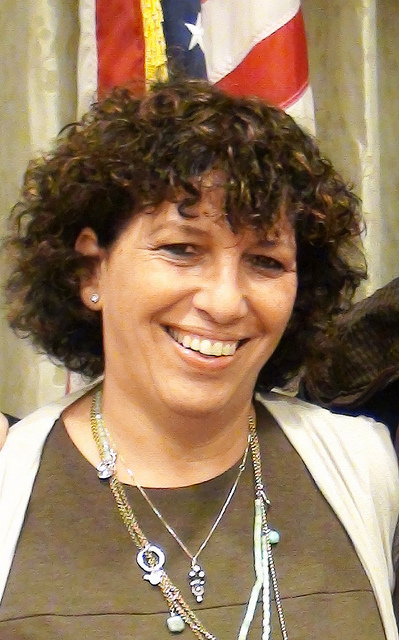 Levanon says the latest 10-day mission to the Philippines worked with NGOs, schools, clinicians, rural development experts and Catholic leaders — the last being critical in a deeply religious country.

“One of our rules is to work top down and bottom up,” Levanon tells ISRAEL21c in her Jerusalem office. “We first work with government ministries to make sure everything is acceptable and coordinated, and then we work with local professionals.”

Sometimes this is a one-shot deal, as when Levanon took a six-person team of Israeli experts to Massachusetts a month after the April 2012 Boston Marathon terror attack. They led 17 workshops for clergy, school and hospital personnel.

Sometimes the work is prolonged. Since the 2011 tsunami, ITC has utilized funds raised by North American Jewish federations to travel to Japan six times to lead training sessions for a total of 1,000 volunteers and professionals.

“As a rule, we don’t do direct treatment. We believe the locals should do that because they know the language and the culture, while we don’t. This has a great impact. More than working directly with, say, 100 families, we leave our knowledge there so the local professionals can do their job better.”

Two days after the March 2012 shooting at a Jewish school in Toulouse, France, Levanon flew there upon learning that a fluent French-speaker was needed to work with community leaders.

English and French often come in handy. ITC personnel were also on the scene in Haiti following the 2009 earthquake, and in Mumbai after the November 2012 terror attack.

On the domestic front, one primary ITC project is five Resilience Centers, city-wide models of preparedness and response in southern Israel. Another is being developed in Rahat, the largest Bedouin municipality. Just last year, therapists hired by the centers treated 1,200 Israelis, the majority children and adolescents. And disaster preparedness training has been provided to 4,000 professionals in local and regional councils, hospitals, schools and businesses.

Roni Lior, ITC project coordinator for Sderot and the Gaza region, tells ISRAEL21c that the goal is empowering local personnel to treat trauma, anxiety and stress.

“We go into the community with a wide perspective of post-crisis response, building resilience and a capable team so eventually they won’t need us,” Lior explains.

Whether in Israel or abroad, says Levanon, “Wherever we go we need to be culture sensitive and not say ‘this is how you do it.’ People all have the same needs for safety, warmth and love, but you have to take the different cultures into account.”

After training, ITC then steps back into consultation mode.

“It’s more respectful that way. In their greatest hour of despair, people do have their own strengths and you need to strengthen them. We are there temporarily, lending our resources.”

Levanon often hosts guests from places like Harvard University and the US Centers for Disease Control and Prevention, who want to learn about ITC’s community-based approach to healing and creating resilience.” An Indian newspaper lauds ITC assistance after the terror attack in Mumbai.

‘We feel the pain’

The ITC was created in 2002 on the initiative of the UJA-Federation of New York. That year saw an unprecedented number of terror attacks in Israel. The expertise gained then has since been shared with many communities, even in countries without diplomatic relations with Israel.

“We have the practice. We have the knowledge and we feel the pain because we’ve been there and know what it is about,” says Levanon.

After her first visit to Toulouse, she wrote: “I was there for barely 56 hours and met… the community emergency team, groups of teachers, the directors of the schools, a group of volunteers that will man a hotline … The language was different, the culture was different but the sights and the feelings were the same. Pain and grief have an international language and their very own way of communication.”

With her partners and staff of 10, she is currently working with European countries to prepare vision- and hearing-impaired populations for disasters, and devising disaster-preparedness training for Israel’s WIZO daycare centers. Going forward, vulnerable populations such as the elderly, youth at risk and people with disabilities will be a priority.

After 40 years in the business, Levanon still takes the suffering of others to heart.

“The day it will not be emotionally difficult for me, I should leave the job. It’s always difficult.”

UNCOVER ISRAEL - Get the ISRAEL21c
Weekly Edition free by email
Sign Up Now!
Bring Israel's story to life.
Millions of people around the world rely on us to gain a deeper understanding of Israel. We are the trusted source for original content you won't find anywhere else.
You can make a difference. Donate today to support journalism that brings Israel’s story alive.
SUPPORT ISRAEL21c
Read more on:   Talia Levanon, ITC, Israel aid Syria, typhoon in Philippines, Humanitarian Aid, Activism, Social Action