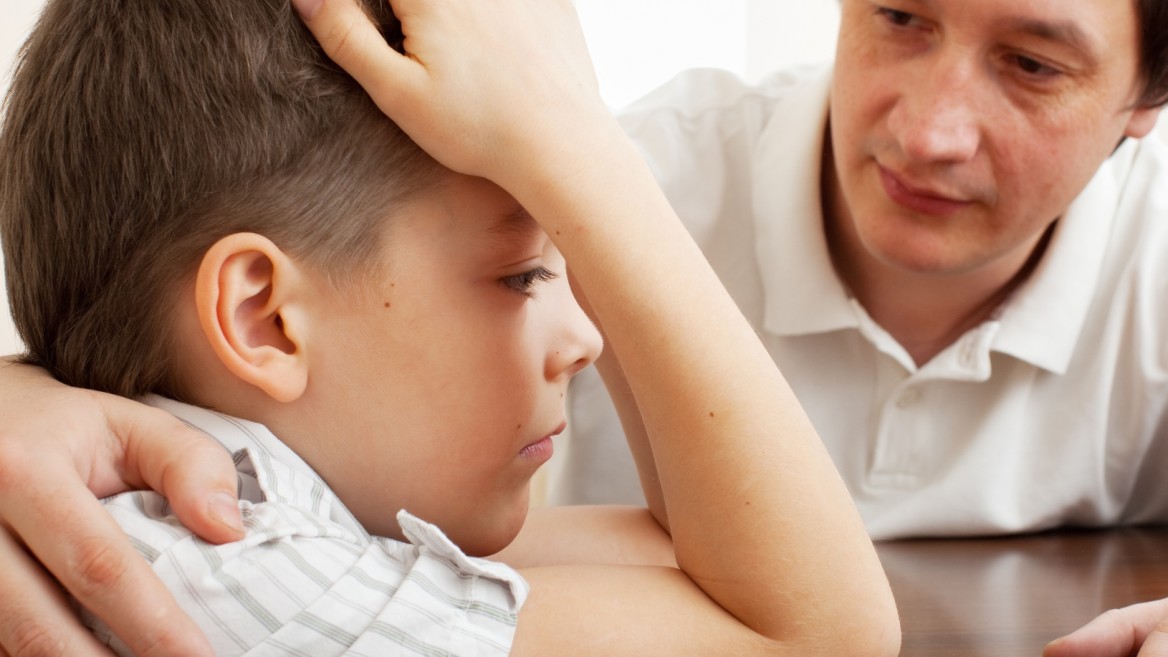 Processing trauma. Managing anxiety. Talking to children about fear and safety. These are skills many Israelis are seeking to learn in the face of the current wave of terror attacks often perpetrated by teenage Arab assailants with kitchen knives. Many of the victims also are young, including a two-year-old walking with his parents and a 13-year-old riding a bike in Jerusalem.

According to the Israel Trauma Coalition (ITC), Israeli parents are feeling the anxiety most acutely because unlike during wartime, stabbing attacks are not preceded by red alert sirens, cannot be foiled by the Iron Dome missile-defense system and cannot be escaped by running to a bomb shelter. And nowhere seems totally safe; while the attacks are more prevalent in the Jerusalem area, they are happening in other parts of Israel as well.

Jerusalem-based ITC has devised a range of responses including trauma guidance workshops for parents, working together with partner agencies and funds from the Jewish Federations of Los Angeles and New York. So far, about 18 training sessions have been offered in nine Jerusalem neighborhoods – and an online session on Facebook — according to Ravid Nevo, Jerusalem Regional Training Center Manager for ITC.

One workshop was for parents of children in the Sieff & Marks (Ziv) School in Jerusalem after the headmaster’s father was killed in a stabbing and shooting attack on a public bus on October 13. Another was specifically for Ethiopian parents and another is scheduled for parents who are blind or visually impaired.

“We get a lot of requests because parents don’t feel they have the ability and tools to deal with the anxiety and stress their kids are experiencing,” Nevo tells ISRAEL21c. “Many parents are suffering from extreme anxiety and we know from experience that their reaction is to close ranks, to refuse to let their children leave the house, and as a result, the children experience their own raised level of anxiety. Helping parents helps children and as such, we are providing parental guidance groups nationwide.”

ITC member organizations such as the Community Stress Prevention Center, Eran, Natal, Mahut, Amcha, SELAH-Israel Crisis Management Center, Mashabim and Hadassah – are committed to providing experts to lead small groups where needed. All activities are planned and run in cooperation with the Jerusalem municipality’s social-services department. 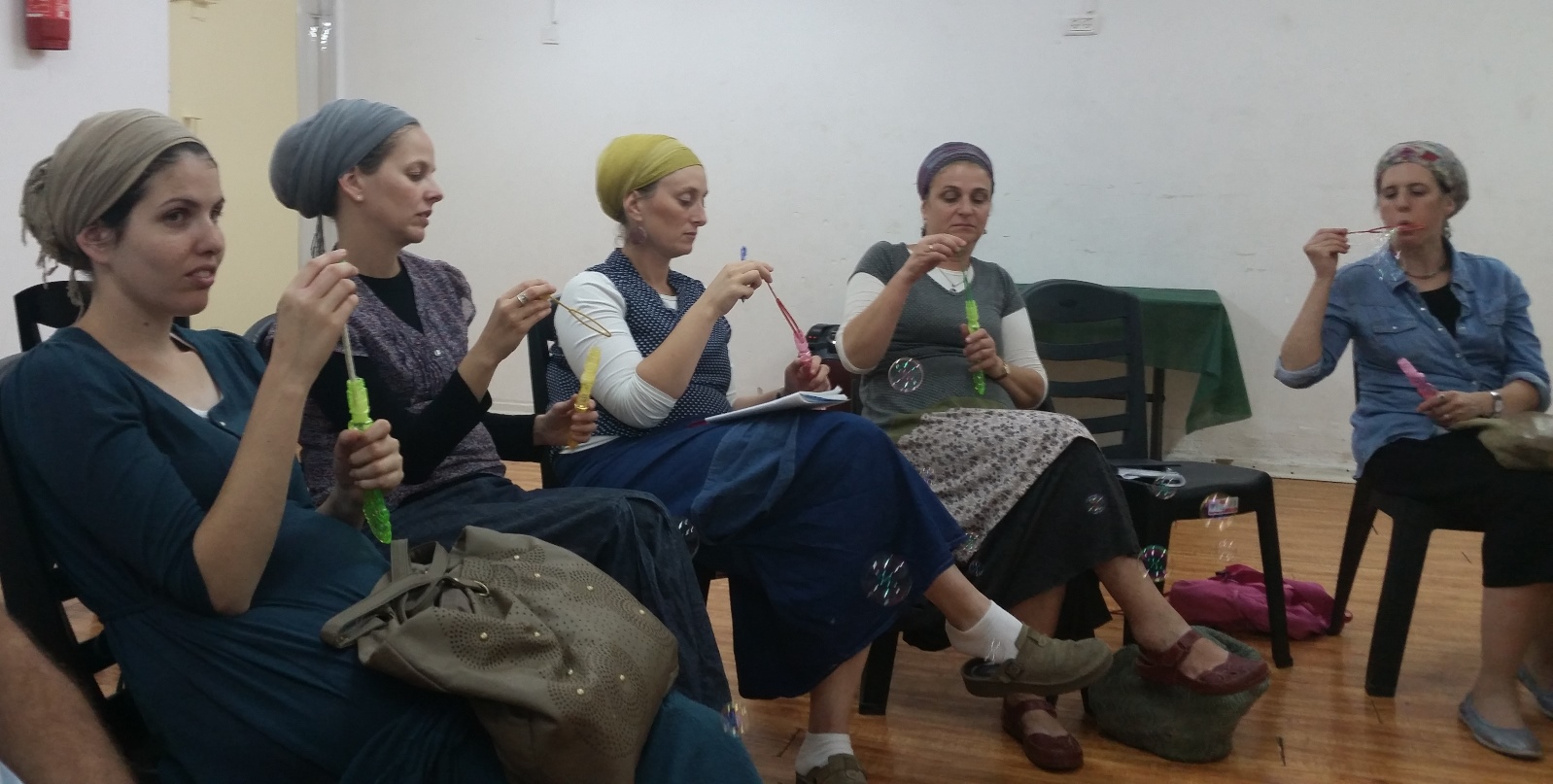 Nevo explains that the workshops start with time-tested advice on parenting in times of crisis, followed by a question-and-answer session to address individual concerns.

“How can we prevent our kids from experiencing our own fears?”

“What should I say to my young children? I don’t know how to explain the situation.”

“My six-year-old is still anxious from the last war and I worry how this wave of terror attacks will affect her.”

“How can I bridge the gap between what my child hears in school and at home?”

The ITC plans on initiating Arabic-language workshops for Muslim parents who have expressed concerns about their children’s exposure to political extremist views, especially via social media. For now, ITC is training social workers in Arab East Jerusalem areas. In addition, the group is starting to develop multi-faith workshops.

A trauma guidance meeting was held for parents in Jerusalem’s Old City, including the Jewish and Muslim quarter, Mount of Olives neighborhood and the City of David, which are collectively under the management and support of the Jewish Quarter Community Leadership.

This meeting was highlighted by a lecture followed by small workshops in order to provide an intimate framework for people to talk about themselves and their children.

“According to the needs identified at the meeting, we will arrange a variety of subsequent workshops to address specific issues including anxiety, behaviors to watch for, and how to discuss the tense and frightening situation with both teenagers and young children,” said ITC Director Talia Levanon.

Nevo adds that one of main goals in the Old City is establishing and training emergency neighborhood response teams. “And in the Muslim Quarter we are working with youth counselors about how to deal with the issue of youth in emergency times.”

A trauma-processing workshop held in Jerusalem’s French Hill neighborhood included both parents and elderly citizens. “Tools and skills regarding anxiety management were covered so that the participants can begin the active process of resilience,” said Levanon.

In addition, the ITC has a pilot resilience-building project in six other Jerusalem neighborhoods, two of which (A-Tur and Sur Baher) are Arab.

“We’re trying to find out how to help in more areas, including special training for social workers in the municipality,” says Nevo. “For now we’re working most intensively in Jerusalem but there are activities in other areas too.”

Levanon said that during last summer’s war with Hamas in Gaza, “we were working in a clear geographical area. Now, however, we are needed nationwide, all of the time. We are working with new partners and different ever-changing and ever-growing needs. Together, ITC partners are committed to harnessing our united strengths to combat this crisis. ”

UNCOVER ISRAEL - Get the ISRAEL21c
Weekly Edition free by email
Sign Up Now!
Bring Israel's story to life.
Millions of people around the world rely on us to gain a deeper understanding of Israel. We are the trusted source for original content you won't find anywhere else.
You can make a difference. Donate today to support journalism that brings Israel’s story alive.
SUPPORT ISRAEL21c
Read more on:   Social Action, Israel Trauma Coalition, terror attacks, Trauma care