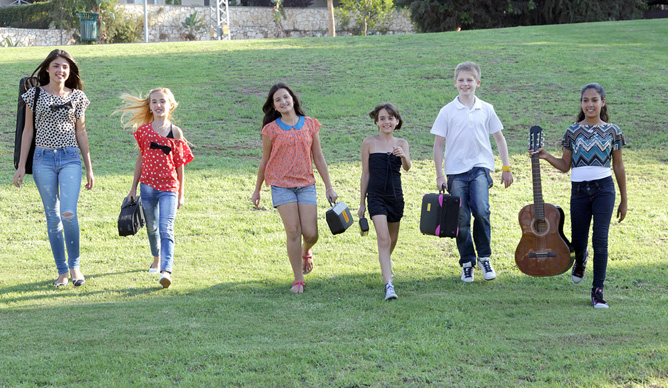 Israel will make its debut at the Junior Eurovision Song Contest in Amsterdam next month with a six-member group known as KIDS.IL. The 11-to-14-year-old crooners are coming armed with a song – Let the Music Win — penned by one of Israel’s best singer/songwriters, Ohad Hitman.

The Israeli song is in Hebrew with the chorus sung in French, Russian and English. It’s a catchy pop song that boasts sweet harmonies by the peewee presenters.

In addition to Israel, Albania and Azerbaijan will also be making their debuts at the junior contest this year. Altogether there will be 12 countries taking part in the December 1 event.

UNCOVER ISRAEL - Get the ISRAEL21c
Weekly Edition free by email
Sign Up Now!
Bring Israel's story to life.
Millions of people around the world rely on us to gain a deeper understanding of Israel. We are the trusted source for original content you won't find anywhere else.
You can make a difference. Donate today to support journalism that brings Israel’s story alive.
SUPPORT ISRAEL21c
Read more on:   News, Eurovision Song Contest, KIDS.IL, Ohad Hitman