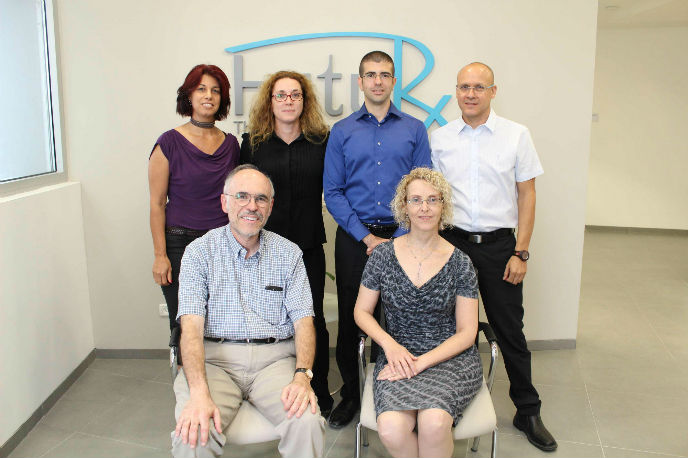 Up to 40 early-stage drug-development companies will be incubated over the next eight years at Israel’s latest biotechnology accelerator, FutuRx,  an all-star enterprise backed by OrbiMed Israel Partners, Johnson & Johnson and Takeda Ventures with the Office of the Chief Scientist (OCS) in Israel’s Ministry of Economy.

The 1,200-square-meter facility with fully equipped labs was opened earlier this year at the Weizmann Science Park in Ness Ziona, near the world-renowned Weizmann Institute of Science.

“Pharmaceutical companies and VCs are interested in novel, breakthrough science, but investing in that is highly risky,” says CEO Einat Zisman, a Weizmann-educated pharmacist and immunologist who previously helped establish more than 20 startups at the technology transfer companies of the Weizmann and the Hadassah Medical Organization.

“They are looking for ways to reduce risk while testing early-stage, but exciting, science,” she explains. “The willingness of the Israeli government to step in as a player in the riskiest projects was the basis for these partners to join forces. The private-public partnership we offer is unique.” Takeda and J&J are two of the biggest pharma companies, and OrbiMed is the world’s largest life-sciences VC.

The OCS has supported selected biotech startups since 1991, and has been finding new avenues for nurturing promising but high-risk projects that have trouble raising money in the private sector, says Yossi Smoller, head of the OCS Technology Incubator Program.

Open competitions were held to launch FutuRx as well as Inspire Healthcare Innovations, a joint venture between Holland’s Philips Healthcare and Israel’s Teva Pharmaceuticals to advance medical innovations and technologies; and Food-Tech Hub, an initiative of The Strauss Group to develop new approaches in basic foodstuffs, agricultural techniques, production and packaging.

Smoller tells ISRAEL21c that FutuRx marked the first time a tender specified a focus on biotech rather than letting the shareholders decide. “Developing medicines is a long and expensive process, so we wanted at least one shareholder to be among the top 25 pharma companies in the world. The idea is to have at least one that can contribute significantly to the new companies in terms of funding and expertise.”

The expectation is that after the incubator term, startups will be positioned to raise money from the private sector and operate on their own.

So far, FutuRx has chosen two startups from among 200 proposals. One is developing a technology to treat a juvenile orphan disease of the central nervous system; the other is working on a cancer drug that blocks a specific protein. Up to six more projects are to be approved through the second quarter of 2015.

“The most important factor is that the technology be innovative and novel and will answer a clear unmet medical need,” Zisman tells ISRAEL21c. “The second criterion is its likelihood of reaching a proof of concept within the timeframe and money we allocate.”

An approved project may stay at FutuRx for up to three years, receiving a total net budget of up to $2.3 million, up to 85 percent of that sum from the OCS.

Though J&J has Innovation Centers in London, Boston and San Diego, and Takeda runs a New Frontier Science Group, Zisman says these programs are somewhat virtual.

“Here we actually hold the programs in our hands. It’s a plug-and-play system. We establish the company, hire the CEO and employees, and they only have to come and start achieving milestones toward clinical studies.”

The portfolio companies are provided with office and lab space, drug-development expertise and a full range of administrative services such as accounting, HR, IT and Internet.

“Early stage is interesting because it is clear that real breakthroughs come this way,” says Zisman. “But you need a tool to allow for testing and building the potential of risky projects.”

“One of the most important aspects we bring through the experience and expertise of our partners is the ability to develop the project correctly, from understanding the ‘bottleneck’ steps to the selection of the right studies to answer the main questions, to the proper protocols for development, regulatory pathways and production,” says Zisman. “We provide 360 degrees of knowledge in all the areas that they need.”