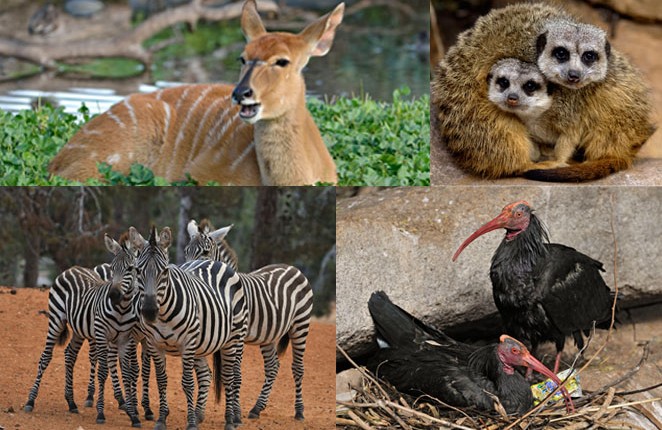 Ramat Gan Safari is sending zebras, antelopes, meerkats and ibises, among other animals, to a new home in Izmir, Turkey. (Tibor Jager)

The 40 ‘passengers’ on Tuesday’s Turkish Airlines flight to Istanbul are part of a special animal exchange between the Zoological Center Tel Aviv – Ramat Gan Safari and the Izmir Sasali Wildlife Park.

The Safari has a healthy population of zebras and Safari spokeswoman Sagit Horowitz said it is the world’s leading zoo in zebra exports.

The Ramat Gan Safari – like other zoos in Israel — is a member of the international zoological organization and regularly participates in exchanging animals to promote breeding and bolster exhibits at other zoos. But Horowitz noted this is the biggest exchange in which the Ramat Gan Safari has ever taken part.

Horowitz also said that although Israel and Turkey may be at diplomatic odds with one another; animals are the true gesture of cooperation and always override politics.

The best proof for this notion is Izmir the elephant.

In 2008, the Safari sent Winner, a captive-born Asian elephant, to the Izmir Wildlife Park as part of a breeding program exchange. In 2011, Winner and his Pakistan-born ‘wife’ Begumcan, welcomed the birth of Turkey’s first elephant on its soil – Izmir.

UNCOVER ISRAEL - Get the ISRAEL21c
Weekly Edition free by email
Sign Up Now!
Bring Israel's story to life.
Millions of people around the world rely on us to gain a deeper understanding of Israel. We are the trusted source for original content you won't find anywhere else.
You can make a difference. Donate today to support journalism that brings Israel’s story alive.
SUPPORT ISRAEL21c
Read more on:   News, Safari Ramat Gan, zoo, Animal Welfare