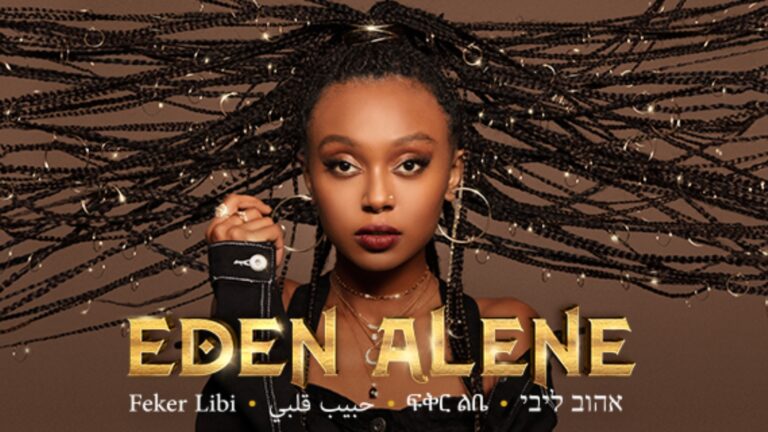 Israel has unveiled its entry to the 2020 Eurovision Song Contest and it’s already getting a lot of very positive attention. Called “FekerLibi” – Amharic for “My Beloved” – the song will be performed by 19-year-old singer Eden Alene.

In an apparent attempt to engage as many Eurovision viewers as possible, most of the song’s lyrics are in English, with a few notable lines in Hebrew, Arabic and Amharic.

The song was written and composed by Doron Medalie, the man behind Eurovision 2018 winner “Toy,” together with celebrated musician Idan Raichel.

Alene, a Jerusalemite whose parents made aliyah to Israel from Ethiopia, was chosen to represent Israel in the contest following her win on the reality show “The Next Star to the Eurovision.”

The Netherlands-bound song was chosen by panelists and audiences at home on a special pre-Eurovision broadcast. It overcame three other options, all sung by Alene.

In 2018, Netta Barzilai won the Eurovision contest with “Toy,” leading Israel to host the contest in 2019. The event drew thousands of international visitors to Tel Aviv and was a much-celebrated occasion across the country.

Unfortunately, Israeli contestant Kobi Marimi and his song “Home” didn’t make it to the top. Perhaps Alene will have better luck this year. Certainly, the first reactions of people around the world are excellent. Or, as Toy Goy says: “This is a whole load of awesomeness.”