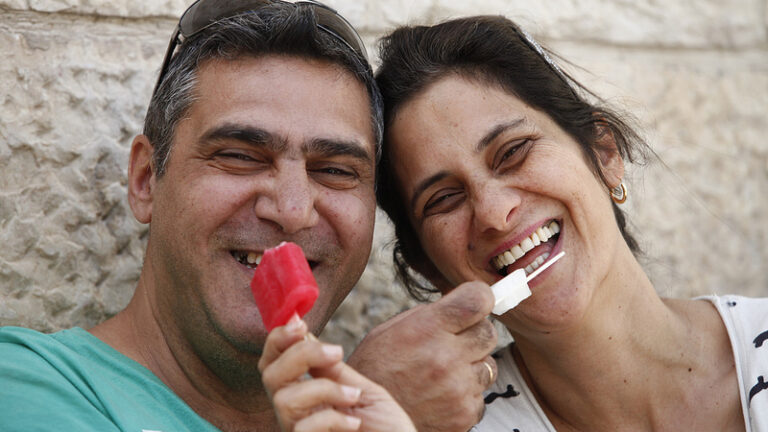 Israelis are among the happiest people in the world. (Ariel Jerozolimski/ISRAEL21c)

Israelis are once again among the happiest people in the world. The annual World Happiness Report, a 156-nation survey published by the United Nations Sustainable Development Solutions Network, slotted Israel as the 11th happiest country.

Denmark, Norway and Switzerland led the pack. The US scored just 17th on the poll, Canada took the sixth spot, and Togo was in last place.

The report ranks happiness based on a ‘life evaluation score’ – a number between 0-10 – that measures aspects such as life expectancy, family and job security, freedom to make life choices, and lack of government corruption.

The index was a collaborative effort University of British Columbia and Canadian Institute for Advanced Research, the London School of Economics, and Columbia University’s Earth Institute.

The 2013 World Happiness Report hopes to guide policymakers to take the well-being of citizens into account when making decisions.
“There is now a rising worldwide demand that policy be more closely aligned with what really matters to people as they themselves characterize their well-being,” Jeffrey D. Sachs, director of Columbia University’s Earth Institute said in a statement.