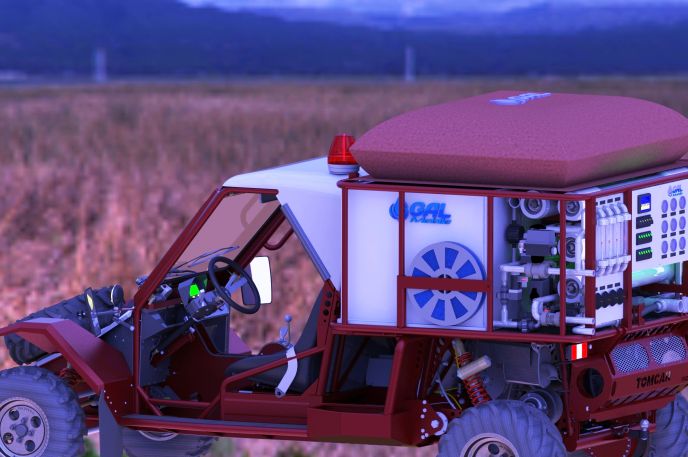 This GalMobile can provide enough fresh water for 5,000 people.

This GalMobile can provide enough fresh water for 5,000 people.

For more than 20 years, Israel’s G.A.L. Water Technologies managed to stay under the radar as it quietly provided its water-treatment products on a humanitarian basis to African nations through Israel’s Foreign Ministry.

Now the Caesarea-based company is in the spotlight as it sends its latest solution — a unique water-purification system loaded into a vehicle — to the Marshall Islands, which suffer a serious lack of drinking water despite being surrounded by the vast saltwater northern Pacific Ocean.

Israel has gained a worldwide reputation for sharing its advanced desalination and water-tech products. Just in the past year, the Israeli company IDE Technologies constructed a ship-based desalination operation in Japan.

Therefore it was understandable that at a recent Samoan summit for heads of small developing island states, Marshall Islands President Christopher Loeak appealed to Israeli Deputy Foreign Minister Tzachi Hanegbi for assistance with the water shortage.

In response, Hanegbi arranged for the island to receive a donation of the very first GalMobile, G.A.L. Deputy CEO Sigal Levi tells ISRAEL21c.

“This new product, patented in 171 countries, is the first of its kind in the world,” she says.“In a few minutes you have enough fresh water for 6,500 people to drink, completely automatically, with no need for an engineer.” 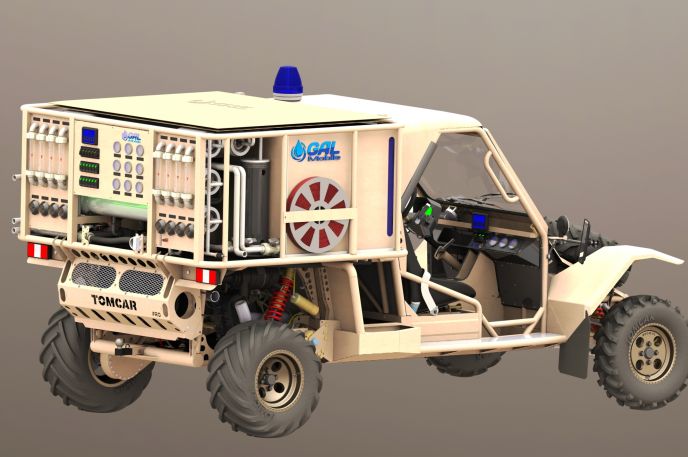 A GalMobile ready for deployment.

G.A.L. will ship the self-contained purification system to the Marshall Islands along with a training team to show local operators how to connect it to a brackish water source to produce drinking water that meets World Health Organization standards. Two operators can deploy the system within half an hour.

The weather-resistant GalMobile is designed to produce drinking water from any contaminated water source up to 620 miles away. It is capable of operating for 60 hours before refueling from an independent energy source, and its integrated storage tank holds up to 2,650 gallons for distribution.

In an interview with Voice of Israel, Israeli Ambassador to the Pacific Islands, Marshall Islands and Micronesia Michael Ronen explained that the geography of the Marshall Islands makes it impossible to catch rainwater before it runs off into the ocean.

“The situation became even worse because the wells, which are not very good anyway, have become very salty,” Ronen added.

The GalMobile is being shipped to an archipelago of 6,000 residents called Ebeye, not far from an American army base. “It will give them all the water they need,” Ronen said.

The mobile treatment, storage and distribution unit, designed and constructed entirely in Israel, could save lives following natural disasters, when drinking water may be difficult or impossible to procure in the first few days after the catastrophe.

Water solutions for near and far

The company also makes permanent desalination systems, as well as clean-tech solutions for laundries, greenhouses, crop irrigation, hydroponic farming, water reclamation and emergency drinking-water needs. It boasts customers in many countries, including some that do not have diplomatic relations with Israel.

G.A.L.’s “plug & play” purification system, which produces 20 to 25 cubic meters of potable water per hour, has been used by the Spanish army since 2005 to keep troops in the field supplied with drinking water. 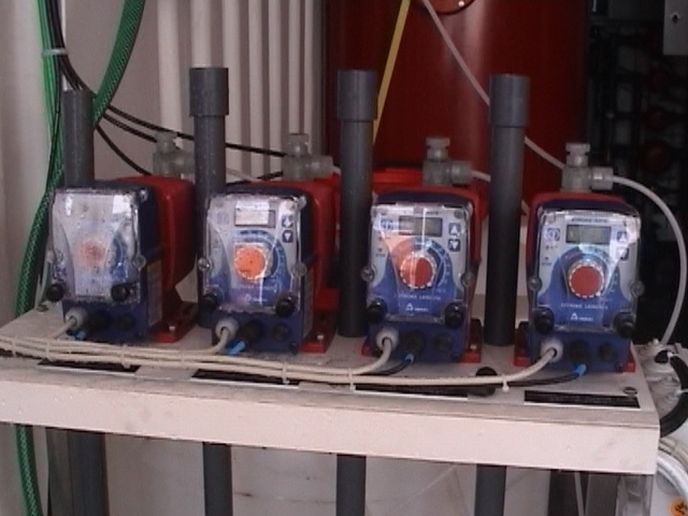 In Israel, among other projects, the company designed and implemented water-recovery systems at the Kishon River using technologies including ultra-filtration and reverse osmosis. 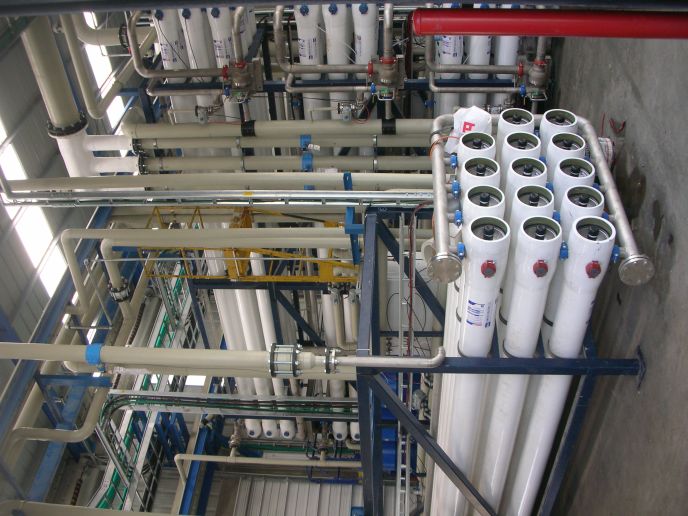 Eight million cubic meters flow through these systems annually, providing restored wastewater to heavy industries in the Haifa Bay region. The restored water has 10 times less salt and minerals than freshwater, allowing the factories to consume less water while freeing up millions of cubic meters of water for other purposes and reducing the amount of wastewater released into the Kishon and Mediterranean.

“We provide a wide range of services to our customers, both as a consultant and as a supplier,” says Levi. “Our clients can choose to receive a turnkey solution to manage on their own, or a range of project management and maintenance services.”