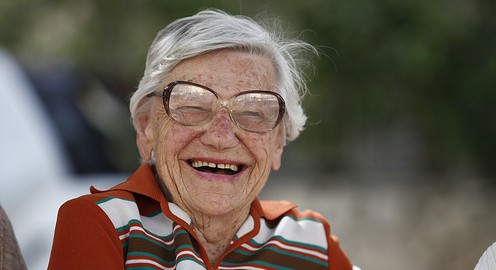 Israel ranks first in longest life expectancy in Africa and the Middle East, according to a Bloomberg poll. (Ariel Jerozolimski for ISRAEL21c)

In a new survey compiled by Bloomberg, Israel’s healthcare ranked fourth for most efficient system — way ahead of Canada (17th) and the US (46th) and just behind Hong Kong, Singapore and Japan.

In another category of the same survey, Israel ranked first in the longest life expectancy — 81.8 years — in Africa and the Middle East category.

Healthcare costs per capita in Israel were calculated at $2,426, as compared to Canada at $5,630 and the US at $8,608.
And though one would think Israelis would top a ‘stressed-out’ list, Bloomberg slotted sabras in at 51st out of 74 countries surveyed. It seems life is toughest in Nigeria and easiest in Norway.

Other statistics showed that Israel was sixth among favorite locations for high-tech companies (US ranked first); 12th amongst longest retirements (17.81 years); 44th among most decadent countries; and 21st among US brain gains (average loss of specialty-occupation workers to the US from 2009 to 2011).

UNCOVER ISRAEL - Get the ISRAEL21c
Weekly Edition free by email
Sign Up Now!
Bring Israel's story to life.
Millions of people around the world rely on us to gain a deeper understanding of Israel. We are the trusted source for original content you won't find anywhere else.
You can make a difference. Donate today to support journalism that brings Israel’s story alive.
SUPPORT ISRAEL21c
Read more on:   News, High tech, brain drain, Health