While most sports fans will be tuning into the Winter Olympics in February as athletes show off their physical prowess, a much smaller international group of mind-sports contestants will be tuning in to Tiberias to watch letters get reordered into obscure and obvious words.

The Sixth Israeli Scrabble Open is a banner event for Scrabble devotees near and far. Twelve countries will be represented at this year’s event, taking place February 21-23, 2014.

“There are countless reasons for overseas Scrabble players to come to Israel. Foremost, they will play in familiar territory and they can up their international [WESPA] ratings,” says Dr. Abba Hydara, a consulting ophthalmologist in Gambia, who played in the first International Open in 2008.”The tournament venue is the beautiful city of Tiberias… with a solid history to whet any curious appetite.”

Organizer Maureen Hoch tells ISRAEL21c that the event not only “puts Israel on the Scrabble map” but that it also offers out-of-towners a slice of life they don’t usually see. Gameboard from an Israeli Scrabble Open.

“We get to meet players from all over the world — improving international relations. They get to meet us and are exposed to a different view of Israeli society,” says Hoch, a top division player at the Tel Aviv Scrabble Club.

Israel – though not an English-speaking country – has the world’s biggest Scrabble club, in Jerusalem.

The Tel Aviv club hosts almost all of the country’s internationally ranked players. Director Evan Cohen is Israel’s top-ranked player on the international circuit and regularly represents Israel at the World Championships.

Hundreds of Scrabble tournaments take place globally every year. Hoch says the Israeli tournament draws top players for a few reasons: The weather is great, the country is fascinating, and the people are nice. The level of play is also a draw. 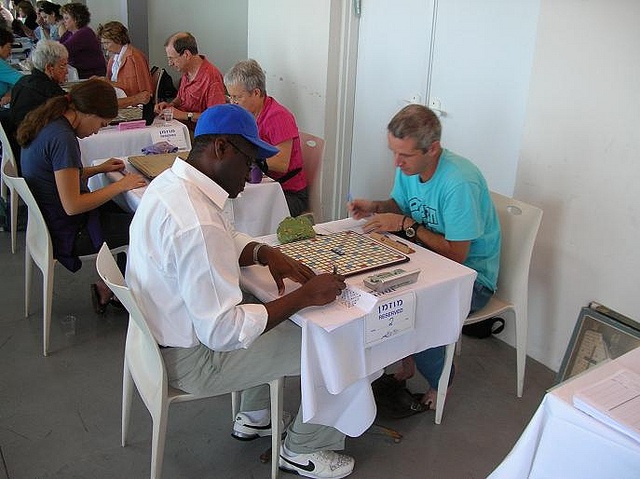 “This is my first time playing in this competition, but I was attracted to Israel’s Scrabble scene after visiting the Tel Aviv Scrabble Club last year,” Singaporean player Toh Weibin, the world record-holder and one of the world’s top players, tells ISRAEL21c.

“The variety of players in the club really shows that Israel’s Scrabble community is both diverse and vibrant. This makes the Israeli Open a unique tournament, despite the fact that most of the participants are based in Israel. I look forward to the strong competition as well!”

In 2013, players from the Tel Aviv Scrabble Club waved the Israeli flag at the World Championships in Prague, the Six Nations Tournament in the UK, the second German Open (which Cohen won – back to back) and the Malta International Scrabble Tournament.

“The opportunity to play against better and different players” is another reason people fly abroad to tournaments, says Hoch. “It’s super challenging.”

And that’s why come February 21, word whizzes from Canada, the US, Gambia, Singapore, Ireland, England, Malta, the Netherlands, Scotland, Germany and Australia will converge in Tiberias to clack tiles and create words. 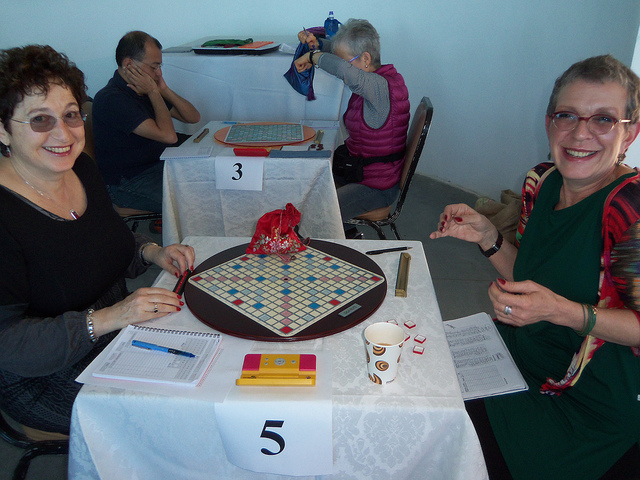 “Everyone I met was genuinely friendly,” says Hydara of his previous visit. “Even those who lost a game put up bright smiles in between games as they schmooze and savor their favorite cup of coffee or Wissotzky tea. That was the epitome of true sportsmanship.”

And, he adds, “Right now it is winter in Europe and the rest of the northern hemisphere and the Mediterranean climate is a lot friendlier now than those subzero ranges. Who would want to stay in the cold instead of flexing some brain muscle?”