Airports and airplanes will soon become safer and friendlier for travelers, thanks to a joint collaboration between Tel Aviv University and the International Air Transport Association (IATA), the global trade association for the airline industry.

The first-of-its-kind collaboration agreement, signed in July, establishes a joint center for innovation in aviation based at the university’s Blavatnik Interdisciplinary Cyber Research Center (ICRC).

IATA and Tel Aviv University will promote research and development in areas including big-data analysis, cyber-security, authentication for security purposes, and safety and security checks relevant to the field of international flight.

“The agreement has two aspects: developing a new set of tools for civil transportation for IATA; and training IATA personnel in cyberspace [security],” says Prof. Gen. (Res.) Isaac Ben-Israel, an Israel Air Force veteran who heads the ICRC and the university’s Yuval Ne’eman Workshop for Science, Technology and Security. He also chairs the National Council for Research and Development and the Israel Space Agency.

“We have started on the training aspect,” Ben-Israel tells ISRAEL21c. “The toolkit will be a matter of research. We have initiated the research and still have a long way to go.”

IATA includes 260 airlines that together represent about 83 percent of the world’s passenger and freight traffic.

The association handles a wide variety of responsibilities including safety, security, financial issues, regulations, the environment, simplification of processes and improved efficiency in the air and on the ground.

“Because our center is interdisciplinary, we can cover all those different aspects,” says Ben-Israel. “Our center, founded almost two years ago, includes not only computer science, mathematics and engineering but also takes into account legal and business aspects, psychology, societal attitudes and issues of privacy — a comprehensive approach that is unique in Israel, and in the world as far as I know.” 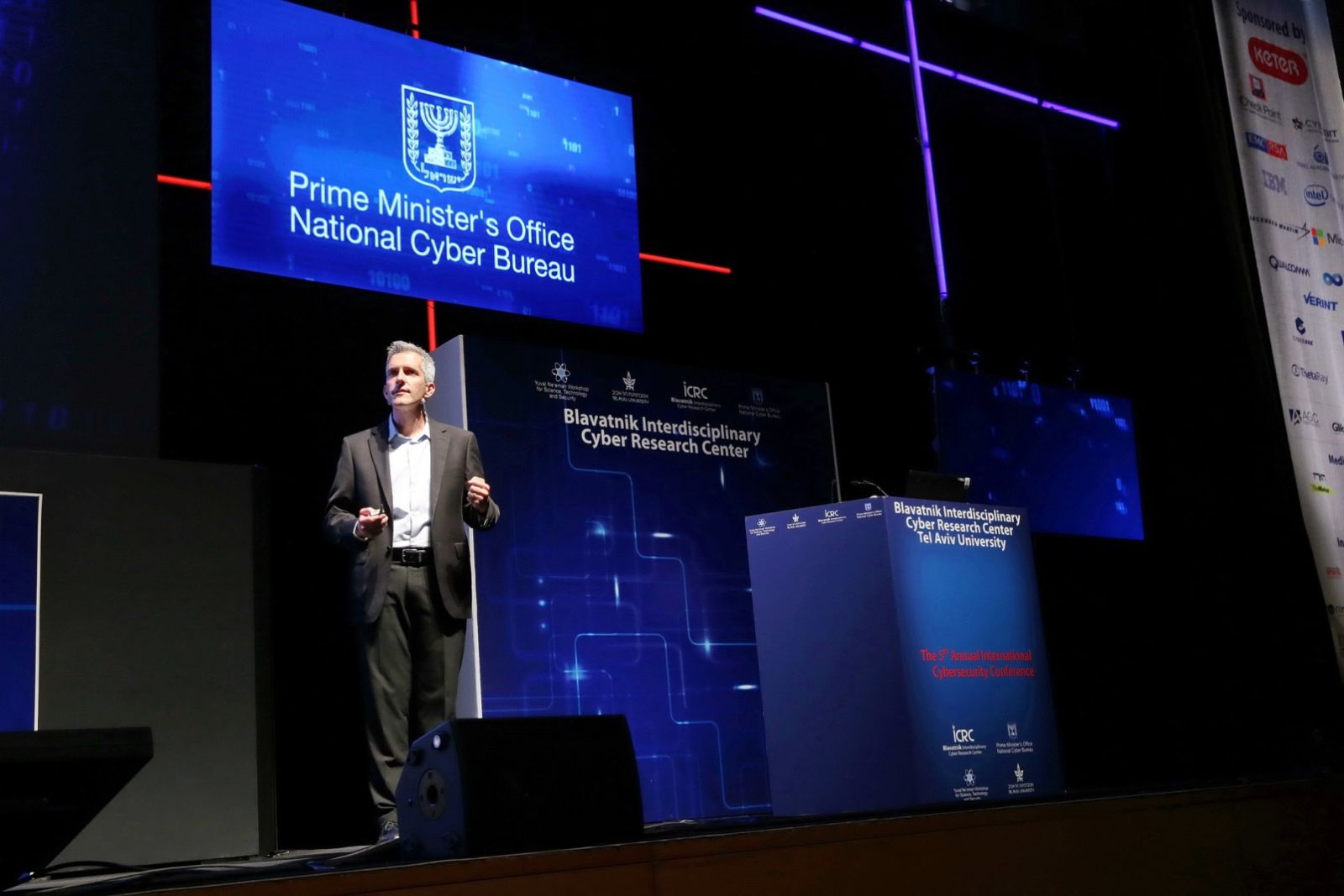 Yaniv Harel, general manager of the Cyber Solutions Group of EMC and head of research strategy at the ICRC in Tel Aviv University, at the International Cyber Security Conference. Photo: courtesy

Safety and security for international travelers

In the past two years, five cyber research centers have opened in Israeli universities but ICRC is the only one that is interdisciplinary.

“We have about 250 researchers, 50 of them university professors and the others PhD students and postdocs,” says Ben-Israel, former head of military R&D of the Israel Defense Forces and the Ministry of Defense.

IATA was among the sponsors of the fifth annual International Cybersecurity Conference held at the university last June. Both the Israeli and international IATA management teams visited the ICRC several times before the R&D agreement was inked.

“Like hundreds of international organizations, IATA is interested in the leading expertise of Israeli technology and academia. We are confident that our cooperation with TAU will be beneficial for the aviation industry,” IATA Israel country manager Kobi Zussman tells ISRAEL21c.

IATA is not the only international body to turn to the ICRC. “We have a reputation for doing good things in cyber-security, so we also have other national and multinational organizations and corporations that we deal with us as well,” Ben-Israel tells ISRAEL21c.

Though Ben-Israel says he is not at liberty to name specific potential partners, he revealed that the ICRC has been “approached by two big car manufacturers because of the need to cyber-secure the cars of the near future. And remember: We don’t have car manufacturers in Israel.”

In meetings with Minister of Transportation Yisrael Katz, CAAI Director General Joel Feldschuh, and others, Huerta discussed the future of civil aviation and possibilities for expanding cooperation with Israel, particularly aimed at developing new, innovative technologies for the aviation sector.

“Over the last year, the United States and the state of Israel have together developed new mechanisms to improve coordination and communication in civil aviation.  These efforts have enhanced our interaction on a number of fronts, enabling us to remain prepared for a range of contingencies,” Huerta said.