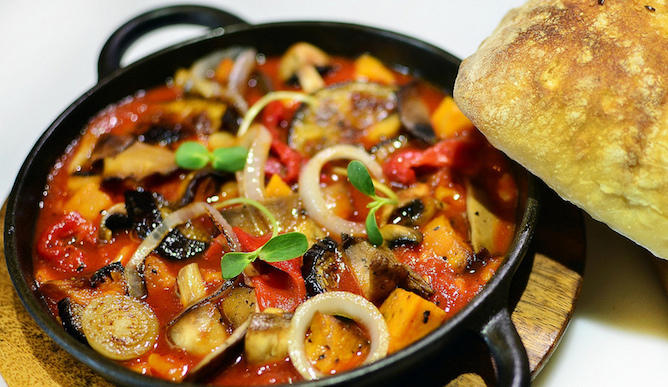 No Israeli can stomach being a freier – a sucker – and this may be why Israel has become the unlikely locus of worldwide interest in vegan cuisine, says food writer, critic and chef Ori Shavit, who switched from passionate omnivore to passionate vegan a few years ago.

Shavit is the popular face of this no-animal-products dietary revolution in Israel, with her website Vegans on Top, articles and media appearances. But the change is driven by growing challenges to long-held assumptions about health, environmentalism and animal welfare.

“For Israelis, it’s very important to know that no one is bluffing you,” Shavit tells ISRAEL21c.

“If you have been told all your life that you have to eat three dairy products per day, and then you see an exposé about what’s really going on in the dairy industry – or in slaughterhouses or the egg industry — you will realize the lies you’ve been told about your health and animal treatment. Then you can make a real choice.” 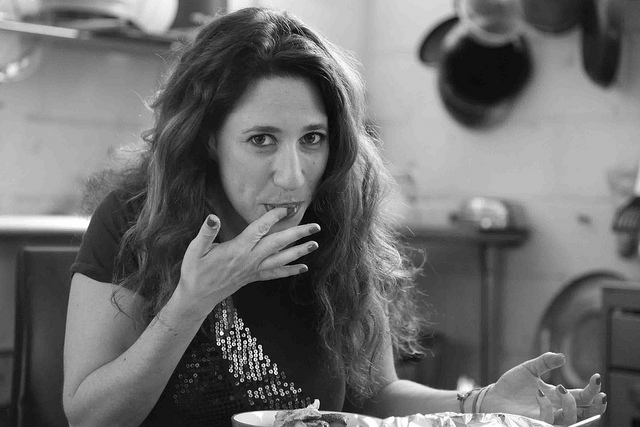 Ori Shavit, a freier no longer. Photo by Dan Lev

Shavit is one of an estimated 200,000 vegans in Israel, out of a population of eight million. Recently, the Israeli organization Vegan Friendly led a successful campaign to persuade Domino’s Pizza to add a vegan option to its Israeli stores’ menu. Other chains, from ice-cream shops to cafés, are following suit.

The year of the vegan

Vegan Friendly’s Omri Paz recently stated that “Israel is leading the vegan revolution around the world.”

That’s not to say most Israelis, or anybody else, are likely to give up eggs and steak forever. But Antonia Molloy, in the UK newspaper The Independent, writes: “2014 could be the year that veganism – often viewed as the preserve of hippies, animal activists and health obsessives – stops being a niche dietary choice and gains new followers.”

In Israel, this means not only more vegan restaurants such as Tel Aviv’s Vegan Shawarma and Buddha Burger, but a mainstream cultural shift.

“Israel is a young country, and we come from all different cultures, so people are more open-minded,” says Shavit. “They are looking for something new, in technology and in food. So this revolution landed in the right place.”

She pinpoints the breakout of this revolution – and her own switchover — to about three years ago, when two Israelis translated the widely viewed YouTube lectures on veganism by American animal-rights activist Gary Yourofsky.

“That started the momentum,” she says. “The vegans were on the fringe of Israeli society until then. People like me suddenly became vegan, and I am the mainstream of the mainstream. I wanted to stay normal and choose to live a normal life but still be vegan. I discovered a lot of people want the same thing.”

“This is not just a Tel Aviv trend for rich people,” declares Shavit, the featured speaker at a January press conference announcing the new vegan menu at the 30-branch Landver café chain.

“Restaurants are putting vegan dishes on the menu and marking those dishes so they’re easy to find, so as a customer I will feel welcomed and normal. What is going on here is really remarkable. I don’t think this took hold so quickly and intensely in any other place in the world.”

Café Greg spokeswoman Anat Davis says the chain introduced vegan (in Hebrew, “tivoni”) dishes at many of its 86 branches due to demand. “Our priority is that everyone can come here and find something to eat and enjoy,” she tells ISRAEL21c. 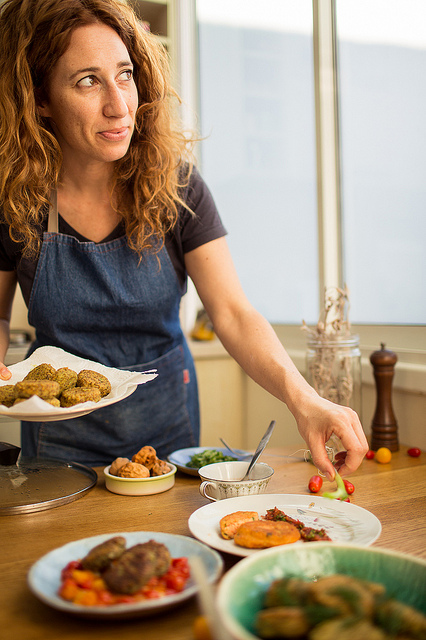 Shavit appears frequently on Israeli TV to show how tasty vegan cuisine can be. Photo by Lenny Ben Basat

Shavit offers an English-language restaurant guide on where to find such dishes because “Israel today is a destination for vegan tourists,” she says. “The next thing should be promoting veganism in hotel chains, and I am working on this.”

When the vegan actress Mayim Bialik was heading to Israel over winter break, she blogged: “The best hummus in the world is to be found in Israel. … We will eat lots of it.”

“We are still far behind other Western countries in dairy and meat substitutes, but basic plant food is the best,” says Ofir. “Most of our vegan diet should be based on raw ingredients. We really have an advantage over Western countries because these are already in our basic cuisine.” 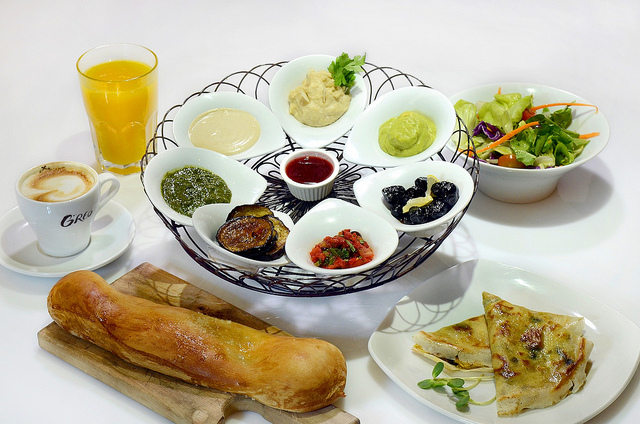 Café Greg added vegan entrees at many branches due to popular demand. Photo by Elad Gutman

She says the latest research shows that “high-quality nutrition, rich with fruits, vegetables, legumes, seeds and nuts” is preferable to dairy in maintaining bone health. Ofir adds that the fats and oxidants in meat – as opposed to the fiber and antioxidants found only in plant foods – correlate strongly with heart disease, diabetes and cancer.

“It’s a funny question, because we have a lot to eat,” she says. “Eighty percent of your food is vegan, whether you think about it or not. You just have to open your mind and look at your plate differently because everything is there.”

For more information, see vegansontop.co.il. A fully English translation of the site is coming soon.

UNCOVER ISRAEL - Get the ISRAEL21c
Weekly Edition free by email
Sign Up Now!
Bring Israel's story to life.
Millions of people around the world rely on us to gain a deeper understanding of Israel. We are the trusted source for original content you won't find anywhere else.
You can make a difference. Donate today to support journalism that brings Israel’s story alive.
SUPPORT ISRAEL21c
Read more on:   ori shavit, cafe greg, vegan, Environment, Culture, Eco-Living, Israeli food and drink