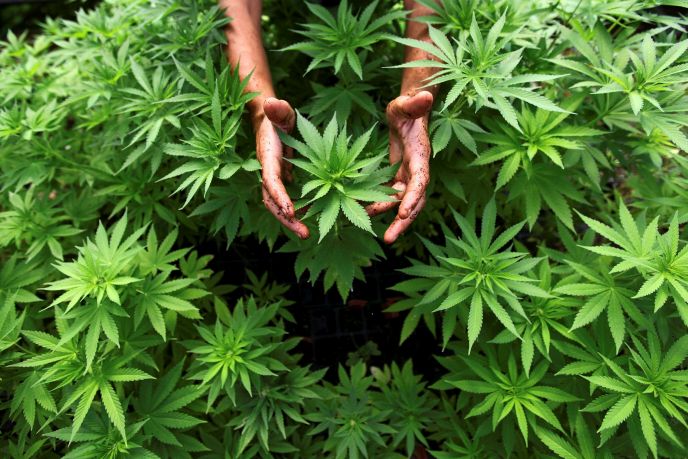 As medical marijuana debates heat up across the globe, a government-backed Israeli startup has developed the first device of its kind to administer cannabis as a pharmaceutical.

Unlike the current methods — smoking joints, imbibing oil, rubbing in a salve or eating laced brownies — this medical device enables the patient to inhale metered doses of vaporized cannabis granules.

The Syqe Inhaler is the brainchild of Perry Davidson, an entrepreneur who was instrumental in launching the Israeli Health Ministry’s Medical Cannabis Program in 2007, for the treatment of chronic nausea, pain and other conditions. Some 20,000 Israelis today take doctor-prescribed cannabis, and Israel is at the forefront of research and development in this field.

Pilot testing of the inhaler will start in hospitals around the country by the end of 2014. A home version of the device is expected to go on the market sometime in 2015.

Davidson formed Syqe Medical – a homophone of the word “psyche” — to tackle some of the problems surrounding the use of this controlled substance as a mainstream drug. He sought a scientific way to separate marijuana’s stigma as an illicit recreational drug from its proven health benefits.

“As early as the 1990s, cannabis has been shown to alleviate the symptoms of cancer treatments on young children,” Davidson told ISRAEL21c at the company’s offices in Jaffa, home to a 20-strong staff of physicians, pharmacologists, chemists, biologists and engineers. “But it was discontinued, due to the negative associations it elicited. And this is a shame that I thought needed to be rectified.”

One of the problems with administering cannabis, he explained, is that “physicians have been unable to control, monitor or fine-tune dosages. And patients who wish to alleviate their symptoms without being too inebriated to function properly have a tough time reaching the right amount.”

According to CEO Davidson and his partner and general manager James Amihood, the Syqe Inhaler will eliminate this problem, as well as make it more difficult to resell the product on the black market. Their goal is for the pocket-sized device to serve in the future as a platform for administering other medications, too. 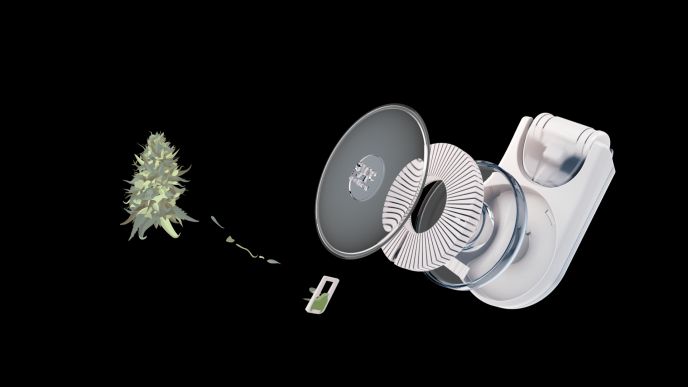 A measured and monitored way to inhale cannabis.

The hand-held, battery-operated device has two versions, one for use in hospitals and clinics, and a more compact version for self-medication. They contain four main components: a real-time thermal controller and air-flow controller, a lung interface and a clinical data logger. Most of their parts, including a tiny motherboard, were created in-house, mostly on 3D printers. And they are wirelessly enabled in order send critical info to the physician.

The innovative air-flow controller has a special mechanism to ensure uniformity of vapors inhaled regardless of the user’s age and capabilities.

This, said Davidson, “is one of the keys to dosage precision and low variability in the bloodstream between patients. These technologies had to be developed in-house, particularly since the challenge of metered-dose delivery of raw botanicals has rarely been undertaken.”

As a result of what they said was slightly misleading reportage in the international media, Davidson and Amihood stressed that the point of the Syqe Inhaler “is not that it is aimed at preventing its user from getting high; rather that the patient and doctor are able, with 100-microgram increments, to have control over the level of psychoactivity and symptom relief, allowing them to find the optimum balance.”

Swap out at a pharmacy

The inhaler has a removable cartridge with up to 100 miniature slots, each of which holds 15 milligrams of cannabis granules to last more than a week. Users will be able to swap empty cartridges for full ones at pharmacies every month or so.

Currently in Israel, patients receive about five times this much (30-100 grams) per month in cannabis flowers from approved distribution centers, and each patient pays the same price (NIS 370, or approximately $100), regardless of the quantity. Use of the Syqe Inhaler will be in a similar price range.

A report on the effects of the Syqe Inhaler appeared in the September 2014 issue of the Journal of Pain and Palliative Care Pharmacology, written by Elon Eisenberg, director of the pain research unit of Rambam Medical Center in Haifa; Miri Ogintz, a registered nurse at Rambam’s Institute of Pain Medicine; and Shlomo Almog, from the physiology and pharmacology departments of the Tel Aviv University medical school and the Institute of Pharmacology and Toxicology at the Sheba Medical Center.

According to the report, a high percentage of patients tested found that the inhaler was more effective, and less disruptive to normal functioning, than other forms of marijuana intake – something that has the medical community in Israel enthusiastic.

Since its inception more than three years ago, Syqe Medical has received more than $1 million in R&D funding from Israel’s Office of the Chief Scientist of the Economy Ministry, and additional funding from Israeli angel investors. To enable mass production for sale in the multibillion-dollar US market, the company is in the midst of a $20 million fundraising round.