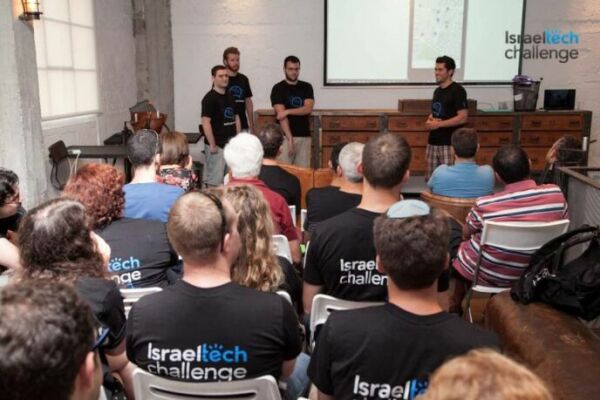 The war didn’t deter young techies from around the world to come to Tel Aviv for a hackathon. 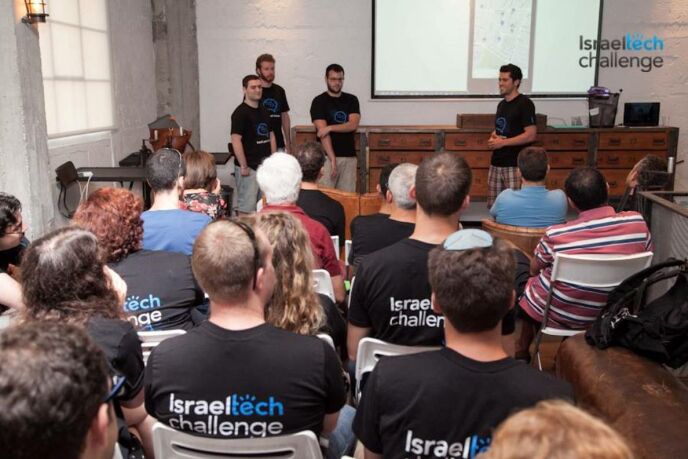 The war didn’t deter young techies from around the world to come to Tel Aviv for a hackathon.

When TV’s talking heads ask serial entrepreneur and investment guru Jon Medved whether the current conflict with Hamas is harming Israel’s high-tech sector, he points out some surprising facts:

Investors poured $920 million into Israeli startups in the second quarter of 2014. Mobileye, ReWalk Robotics, MapiPharma and three other Israeli companies are moving ahead with major IPOs. On July 29 Mobileye increased the amount of money it plans raising in its NYSE IPO by 22 percent, to more than $600 million.

And, believe it or not, the Tel Aviv Stock Exchange is up since the start of hostilities less than a month ago.

“Go figure that out,” he says. “This is a pattern that’s repeated itself in the last three wars. Israelis are pretty resilient.”

Medved, CEO of the Jerusalem-based OurCrowd equity crowdfunding platform, does not deny that the stress Israelis are feeling extends to those in high-tech.

“Most of us view our roles in this crisis as a form of reserve duty,” he tells ISRAEL21c. “It’s hard to stay focused when you have kids in the army or the reserves, and when you have to go to stand in a safe area or stairwell because of incoming missiles, and if suddenly an important business visit was cancelled because the person didn’t want to fly in. That makes life more difficult, but you realize your inconvenience is nothing compared to the sacrifice our kids are making in the fight itself, so you soldier on and get the job done.”

He says OurCrowd’s 48 portfolio companies “report that it’s business as usual in this rather unusual place we live. Many startup executives are pulling [military] shifts in the conflict and then running home to finish a product and then going right back into the conflict. For a few weeks, people can survive that way.”

Despite a two-day flight ban enforced by most international carriers that led to delayed or cancelled business trips, industry observers have seen little negative effect on Israel’s blooming high-tech and biotech industries.

“Companies are working; they all have modern facilities with proper bomb shelters,” says Bernard Dichek, editor in chief of BioIsrael.

“The question is investments. In the past, whenever there has been a brief period of conflict it hasn’t really affected investments. And anyone who ignores Israel as an investor does so at his or her own peril, especially in the pharma industry. There were times Israel was boycotted and those pharma companies willing to invest had blockbuster opportunities that were ignored by the others. If that sort of mood spreads now, they’ll be the losers.”

Oppenheimer Israel co-CEO Avivit Mannet-Kalil told Globes that the Iron Dome defense system is reinforcing Israel’s tough image. “People see a country with dozens of missiles exploding every day that is successfully defending itself. That is arousing a wave of admiration for Israeli technology.”

‘Don’t worry about it’

The war didn’t deter 25 international young professionals from coming to Tel Aviv for the 36-hour Israel Tech Challenge “Smart Cities Hackathon” earlier this month. After they experienced an air-raid siren while brainstorming at PayPal, the organizers wrote in a humorous post to the intrepid visitors: “You can now add “Coded in a Bomb Shelter” to your resume.”

Nevertheless, participant Anthony Arnold from Brisbane, Australia, told The Jerusalem Post, “I don’t know if it’s the Israeli personality, or what, but they’re all like, ‘Don’t worry about it, it’ll be fine.’ I was more worried about getting lost in Tel Aviv than getting hit by a rocket.”

Nor did the ongoing fighting in Gaza and thousands of missiles fired into Israel keep a large Chinese venture capital firm from announcing its participation with Greylock Partners in a $15 million Series B financing round for Israeli mobile advertising platform technology company Supersonic. Based in San Francisco and Tel Aviv, Supersonic plans to open office in Beijing, Tokyo and Bangalore by the end of the year.

Tech startup Zuznow founder Racheli Levkovitch told CNNMoney that if a Code Red siren sounds in the middle of a business Skype call from overseas, she simply takes her computer to the building’s safe area and continues talking. “We don’t want them to think we’re an unstable company,” she says, even though her staff of half a dozen is one man short because of military reserve duty.

Similarly, Wibbitz co-founder Zohar Dayan told CNNMoney that one of his co-founders did reserve duty for about a week and could be called back into action in Gaza at any time.

Timing will be everything, says Medved. “It’s all dependent on this [conflict] ending in the not-too-distant future.”

He adds that it’s too early to tell if the startup nation has sustained any “brand damage” resulting from the war.

“People do feel our image is that we are completely normal here, and most of our partners have accepted that normalcy. And yet if, God forbid, the airport goes through a periods of shutdowns it’s not just the inconvenience, it’s more of a branding issue relevant to how our business environment is perceived.”