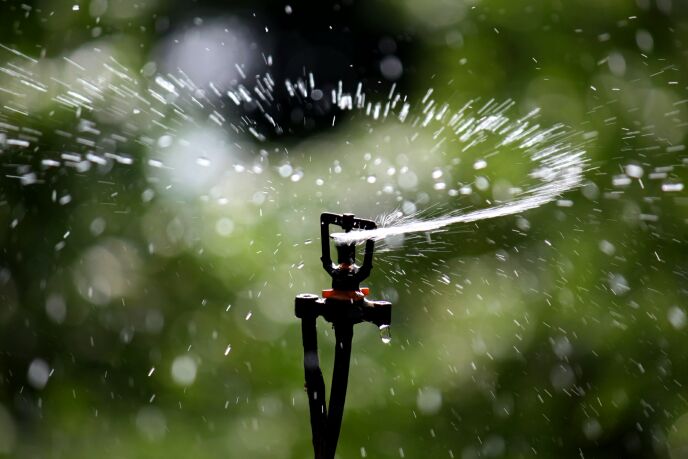 Irrigation control without leaving the house.

Irrigation control without leaving the house.

On a cold, rainy day last winter, electronics engineer Odi Dahan suddenly heard his garden sprinklers go on, right on schedule. In the year 2013, he thought, surely there must be an app to control an irrigation system and stop wasting water without needing to run out in the storm. But his Google search came up dry.

Having recently left the corporate world of communications and semiconductor technology in search of a startup idea, Dahan sat down that night and began working on the app that has become GreenIQ.

“As we started developing the product, I heard that people hate configuring their irrigation controller, so they just don’t do it,” Dahan tells ISRAEL21c. “The result is that the device works constantly, every day, regardless of the weather, and wastes a lot of water.”

He first programmed the app to perform a basic manual on-or-off function, but the potential was so much larger. “I thought, if I’m already designing an Internet-connected device, why not have it control the amount and duration of watering based on all kinds of weather parameters? It was the obvious next step.” 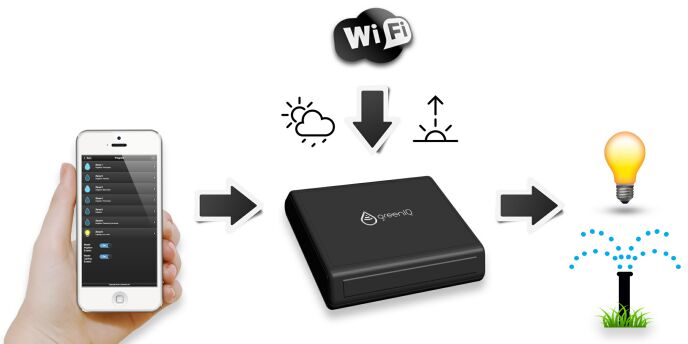 From smartphone to garden

The inaugural version of GreenIQ is selling in Israel, the United States, Australia and Western Europe, mainly through the Petah Tikva-based company’s online store, for about $200 including hardware and software.

The app can also adjust outdoor lighting based on sunrise and sunset, and even the amount of fertilizer needed at any given time. A next-generation version to be released in a few months will have additional features.

“We bring the IoT revolution to the garden,” sums up chief operating officer Dafna Lorincz.

GreenIQ was not destined to be without competition for very long, and sure enough Dahan soon began noticing new solutions that attempt to tackle the irrigation control problem from different angles.

“This is a positive sign, because it means there is demand for such systems and the technology has reached the right stage where it’s mature enough to provide products like these to customers,” says Dahan, who has an MBA and 17 years of R&D experience at Motorola and Freescale Semiconductor.

Being the first in the field gives GreenIQ advantages, however, he asserts

“We have some features our competitors have not developed, especially our collaboration with the giant French tech company Parrot,” says Dahan. “Parrot developed a cool gadget, Flower Power, which is an IoT sensor to measure soil moisture and fertilizer level. Stick it in the ground and it transmits to your smartphone when water or fertilizer is needed.”

Dahan proposed a “smart garden” partnership to Parrot whereby Flower Power could send its signals directly to the GreenIQ unit, so that adjusted watering and fertilizing is accomplished automatically. 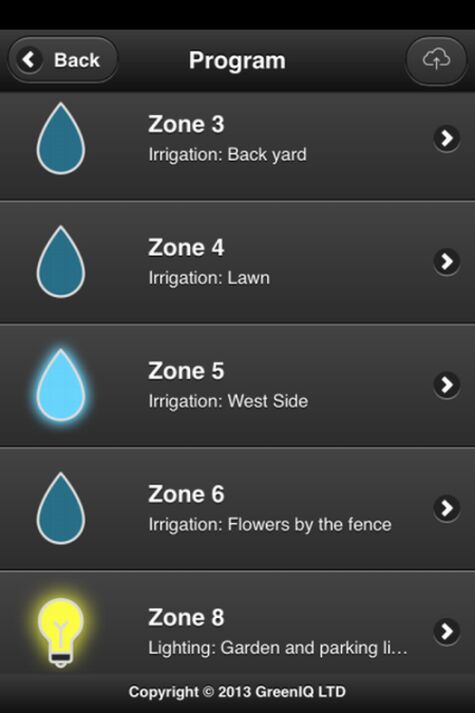 Each zone of the garden can be controlled separately.

“They loved the idea, and after we both did some R&D, we paired our products. The service is available for our customers and their customers.”

Dahan reports that GreenIQ is in discussions with additional IoT companies to connect its software to other garden-related gadgets.

“Our vision is to revolutionize the garden, making it smarter, more efficient and more environmentally friendly and saving money for our customers,” he says.

GeenIQ’s current capabilities include separate programs to control irrigation and lighting in up to six different zones of larger home gardens. In the future, it could be made available to municipalities for public gardens on a software-as-a-service (SaaS) model, and Dahan believes it also could be adapted for home appliances such as water heaters, refrigerators, washing machines and air conditioners to save on water and power.

Founded in May 2013, the company of four initially raised $450,000 from private investors and Entree Capital. A second financing round is in the works.