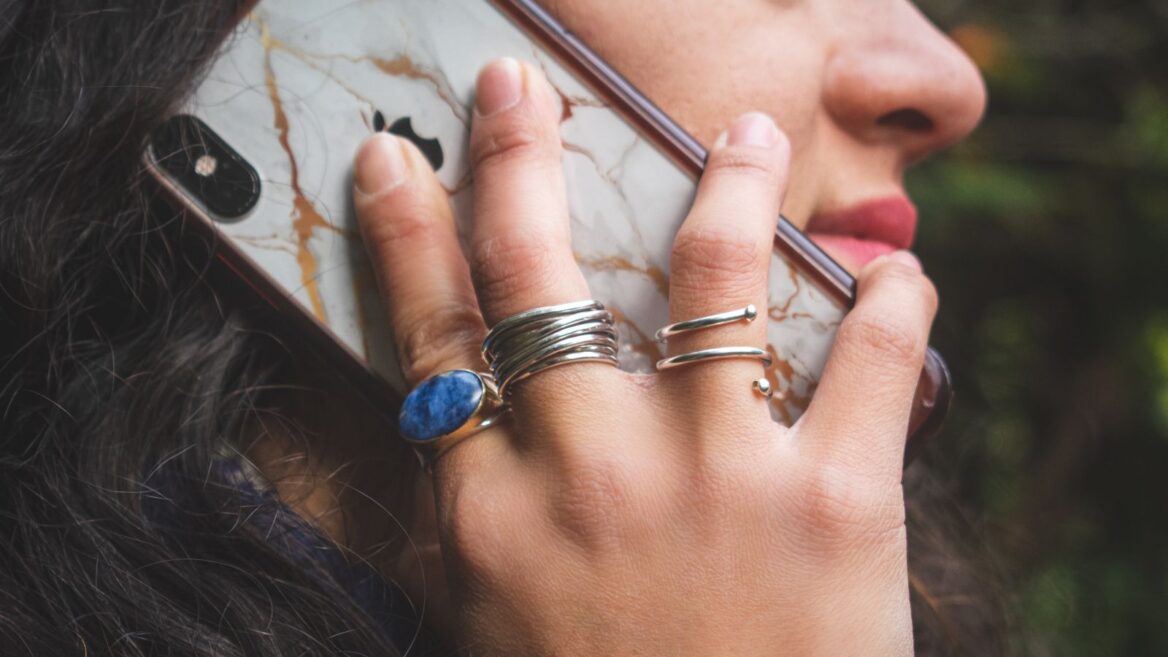 Photo by Patricia Zavala on Unsplash

Despite all the socializing we do on social media, we don’t have actual, real-time verbal interactions with friends and followers.

This bothered Israeli high-tech industry veteran and entrepreneur Avi Lieberman. So he created Pattr, a newfangled approach to the old-fashioned art of conversation.

“When I began looking at social media, I realized much of it is missing the social aspect. And I found many indications of a need for people to find social fulfillment that goes beyond Facebook and Instagram,” says Lieberman, a 55-year-old Israeli originally from New York.

“There are huge cohorts of society that are not served by existing social media, and we have a loneliness epidemic that studies have shown correlates to social media,” he adds.

Lieberman raised funds from friends and family to start building Pattr over the past year. 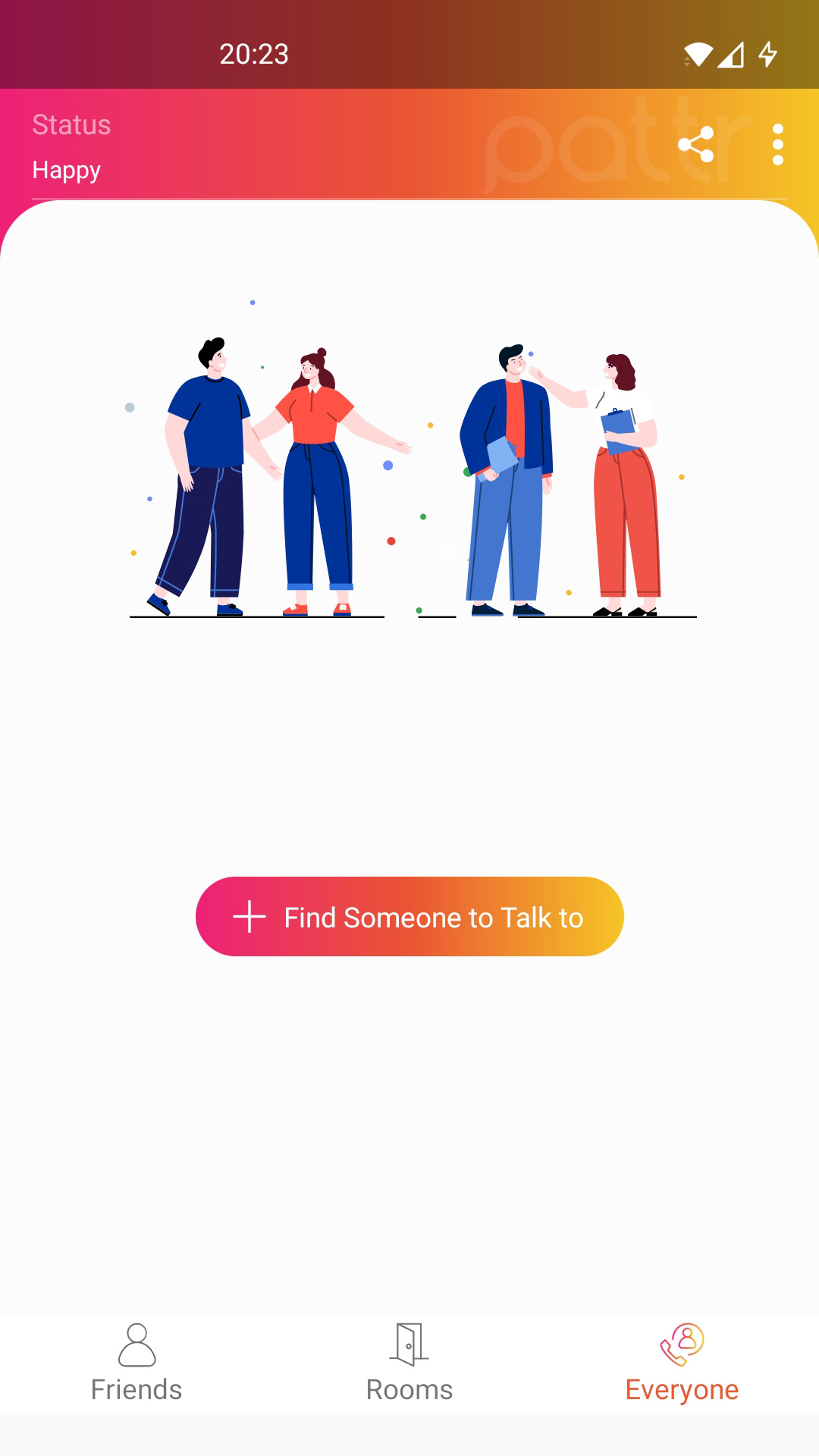 The app has three levels of functionality.

“Friends & Circles” is the entry point where users build and manage groups of contacts, by mutual consent, among people they know or friends of friends.

Users specify basic interests, like travel or cooking, and the system suggests “Rooms” to join or create around that shared interest. This is where users start conversing.

To allow for meaningful audio chats, each Room is broken into subgroups of about six participants each.

“Anybody I talk to in a Room is anonymous except for username and profile picture,” says Lieberman. 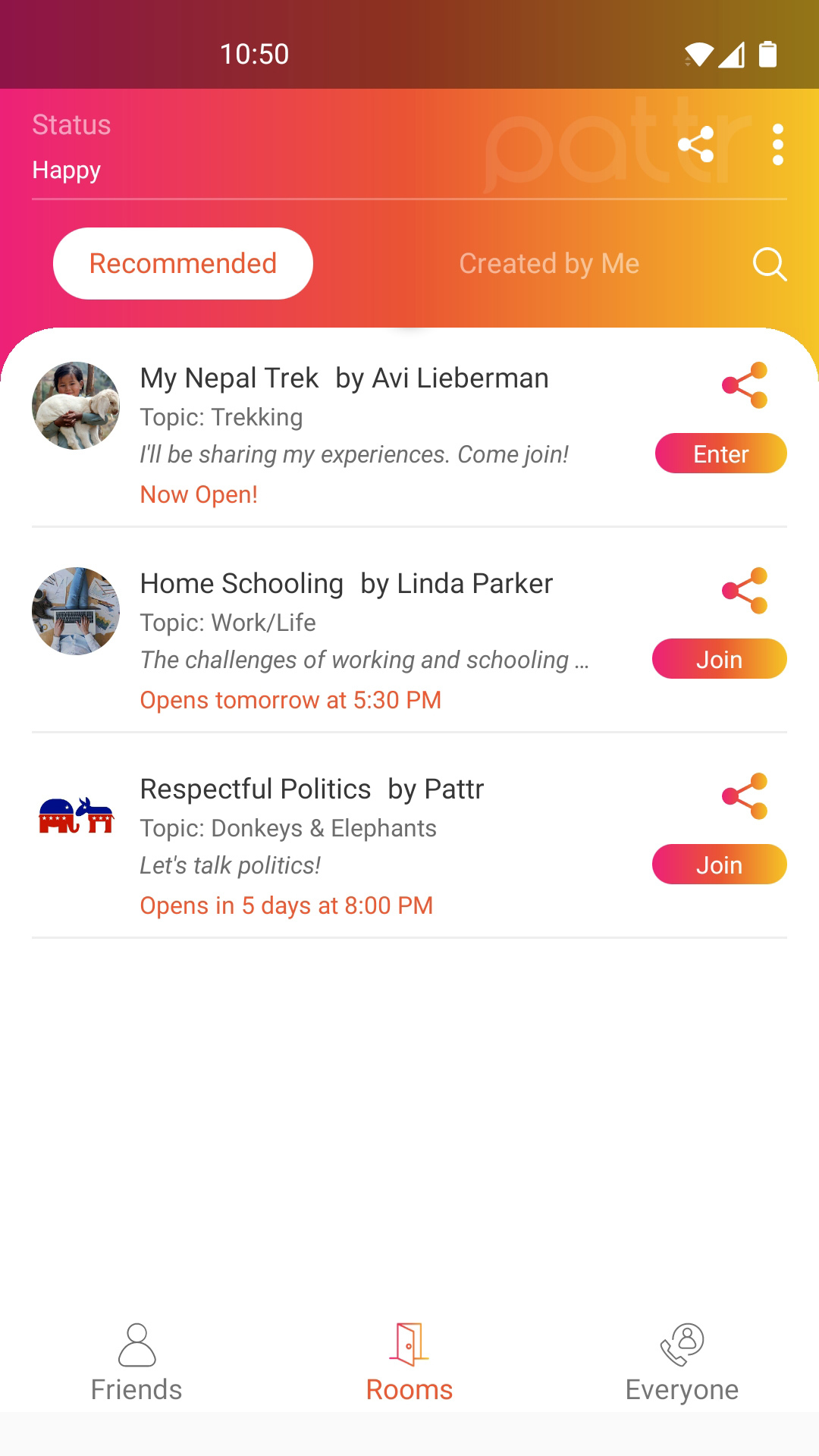 “It doesn’t listen in or do voice analysis. It abstracts your conversational style and compatibilities, how much you talk and how much you listen. We derive meaningful metrics to suggest others you’ll enjoy meeting one on one,” says Lieberman.

“It’s not meant to be a dating platform,” he emphasizes.“I want people to meet others in a social manner. Conversations in Rooms and one-on-one are always anonymous unless by mutual consent.”

All conversations are live but only audio. Lieberman has no intention of introducing video to Pattr.

“Not having video allows you to filter out some unsavory types and removes huge barriers to people joining a conversation. It’s been shown in published studies that if you are in a conversation that’s audio only, you are more likely to be engaged because you’re not distracted by the video component.”

Lieberman is launching Pattr in an invitation-only beta mode, focusing on people age 15 and older in the United States. Ironically enough, he is reaching out to potential beta testers through conventional social media.

“I just want to offer a platform for meaningful social experiences with all the advantages of technology. It more closely resembles natural socializing and gets rid of the aspects of following and influencing.” 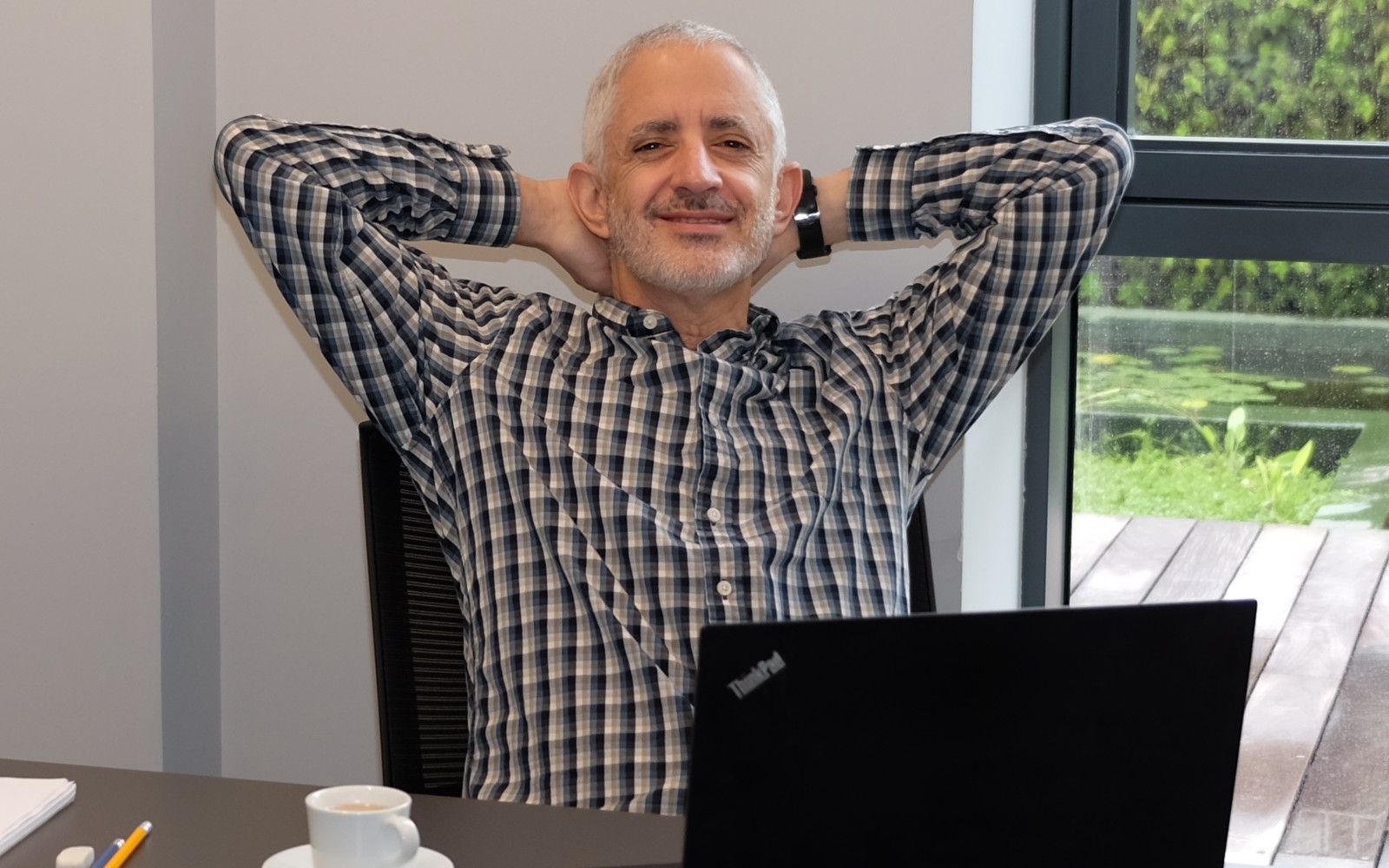 Lieberman is not the first to try launching a live conversational social network, though Pattr isn’t exactly like the others – and that may be a good thing.

There was Squad, which was purchased by Twitter in 2020 and shut down by the end of the year. Clubhouse, an audio chatroom for strangers, has experienced harassment and abuse issues before launching publicly. And text-and-video “talk to strangers” network Omegle carries this warning on its home page: “Predators have been known to use Omegle, so please be careful.”

“With Pattr, there is no joining a conversation with 1,000 other people, so nobody has a platform for broad distribution of their content and there are no influencers,” says Lieberman.

“In small groups you can still have a bad element, but you can report abusers and they can be kicked off the system. Protection is built into the model.”