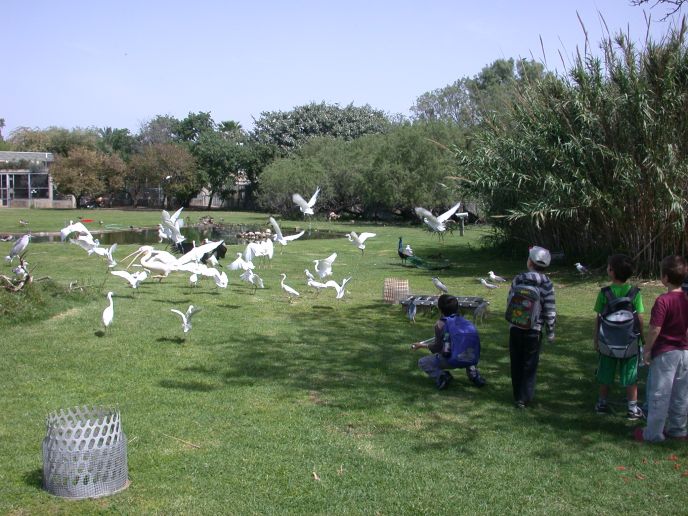 The youngest ‘researchers’ at the zoo.

No one bats an eye as PhD student Itay Berger, of the Department of Zoology at Tel Aviv University (TAU), walks along a path holding the leash of a ferret sporting a transmitter backpack. Although not your average campus sighting, the goings-on at the I. Meier Segals Garden for Zoological Research at TAU are exceptional in many ways.

For starters, the research and study zoo is believed to be the only zoological center on a university campus anywhere.

“Most universities in the world don’t keep zoos and they can’t keep wild animals at all,” zoologist Prof. Noga Kronfeld-Schor tells ISRAEL21c. “The reason we have a zoo inside the university is that the founders of the university were zoologists and they wanted to study the common flora and animals of Israel.” 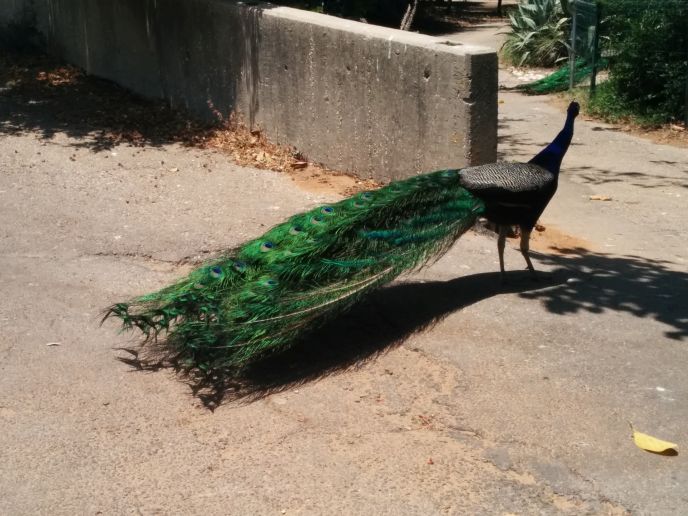 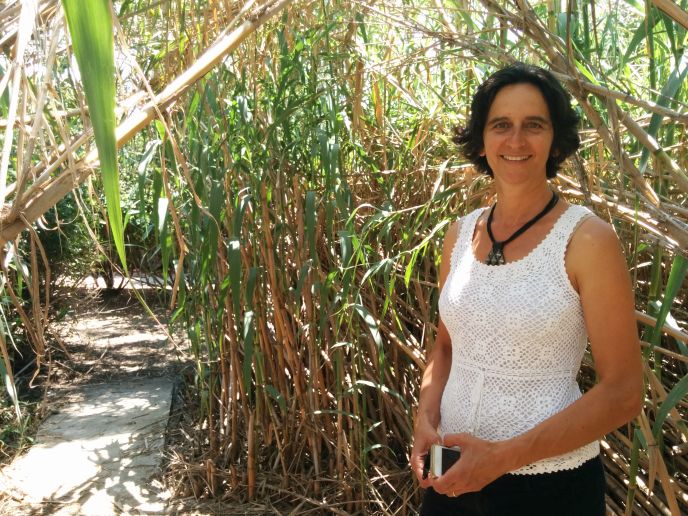 You won’t find lions or kangaroos or bears here. If that’s what you’re looking for, Israel has a number of recreational zoo options including the Tisch Family Zoological Gardens in Jerusalem, the Zoological Center Tel Aviv-Ramat Gan (the Safari), Hai Bar Carmel in Haifa and Gan-Garoo Australian Park at Kibbutz Nir David, among others.

TAU’s zoo works in cooperation with the Society for the Protection of Nature in Israel and the Nature Reserves Authority as a center for conservation-related activity. At any given time there are 50 graduate and post-doc students, 10 local researchers from different faculties at the university and an ever-changing stream of international researchers investigating the many species at the zoo.

“We keep animals most zoos don’t, so in some cases this is the only place in the world where you can research or even see them,” says Kronfeld-Schor. “Usually you need huge grants to study in nature, but here, you come to the center of Tel Aviv and study a diversity of wild species. That’s very tempting for scientists from around the world.” 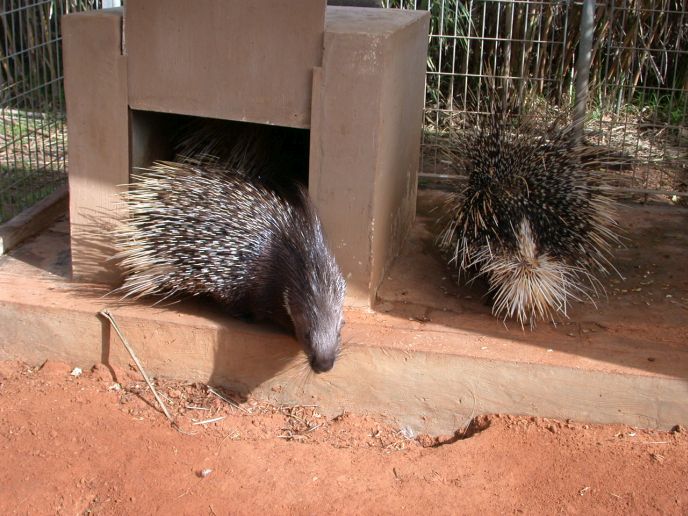 Don’t get too close to these prickly creatures.

Just like the country’s diverse topography, so too is its fauna and flora varied. The Zoological Research Garden houses some 60 species of mammals, 80 species of birds, 50 species of reptiles and amphibians and several kinds of fish and insects.

Many of them wouldn’t exist today had nature-lover and natural sciences teacher Yehoshua Margolin not had the foresight to create a safe home for them back in 1931, when he founded the Biological- Pedagogical Institute in Tel Aviv, which later became one of the two core institutions from which Tel Aviv University developed.

“Most of the animals we keep here are indigenous and many of them are endangered. If the zoo hadn’t existed, they would be extinct today,” says Kronfeld-Schor. “We have several stories of success of reintroduction of animal species that were extinct from the wild that are now thriving in nature.”

The center’s three aims are to offer a living learning environment for zoologists, to conserve animals through breeding programs, and to educate children and the general public about nature conservation.

Schoolchildren and students are often brought to the zoo, but the general public is invited too, as long as they book ahead for a guided tour with one of the graduate students.

Whereas mainstream zoos have set routes to follow and signposts everywhere, there’s something extraordinary about walking between the cages, past the open pond area and seeing all the animals you don’t usually see. It’s also fun to see some of the animals and birds roaming freely in this open city space. 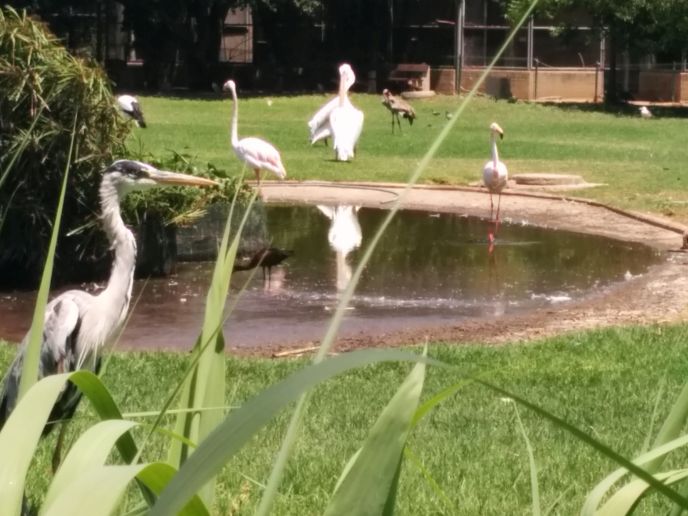 Aquatic birds are among the many avian species here.

Just make sure to stay aware.

“Don’t step down!” Kronfeld-Schor suddenly says in a loud whisper (visitors are not allowed to make noise so as not to disturb the wild animals and birds), and with my right foot midway down to the ground I see the dead bird I was about to crunch.

“That’s how it is here. It’s open,” she explains, noting the zoology staff doesn’t meddle in the affairs of the wild birds and doesn’t immediately clean up the carcasses on the footpaths or out in the field.

“The zoo was built for research. We call it a zoo because we keep animals. We educate people, we want them to have a positive experience but we’re not entertaining them,” she says.

The setup at the moment only allows up to 100 visitors at a time, in small groups of up to 18-20 people in a group. But there are plans to build a walkway that would allow the public-at-large to see Tel Aviv’s best-kept secret.

“Once you open the gate to the zoological gardens you’re in a different world. It’s quiet and peaceful; you can walk and look at animals. It’s unbelievable that you’re in the center of Tel Aviv. I think this is something all the people should be able to enjoy and that’s why we’re working on a master plan that will allow us to open the zoo for the public,” says Kronfeld-Schor.

Book your visit through the Nature Campus. You can also ask to tour Tel Aviv University’s Botanical Gardens, and from 2016, the Steinhardt National Museum of Natural History. 03-6405148, or e-mail: teva@tauex.tau.ac.il.