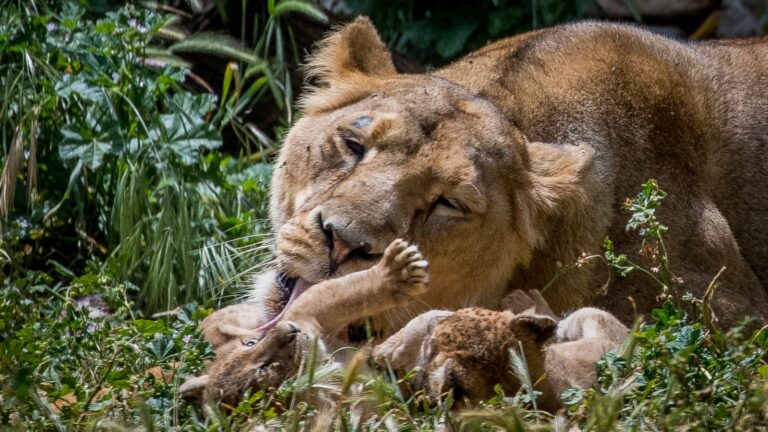 Mom Yasha and her two new cubs enjoy some quality time at the Jerusalem Biblical Zoo. Photo by Yonatan Sindel/Flash90

At the Jerusalem Biblical Zoo, a pair of Asiatic lions recently welcomed two cubs, the first such animals born in captivity in Israel. The cubs will soon be shown to the public now that the Jerusalem landmark is reopened.

The cubs’ proud parents are the lion Gir and the lioness Yasha, who were brought over to Israel a few years ago from Sweden and Germany, respectively, as part of the zoo’s participation in the European endangered-species breeding program.

In the past, Asiatic lions roamed freely from the Middle East all the way to India. Nowadays, only around 500 lions can be found in the wild in India, and an additional 200 are being bred in zoos across the world.

Asiatic lions are generally smaller and have a smaller mane than their more common African lion counterparts. They do, however, boast a larger tail tuft. 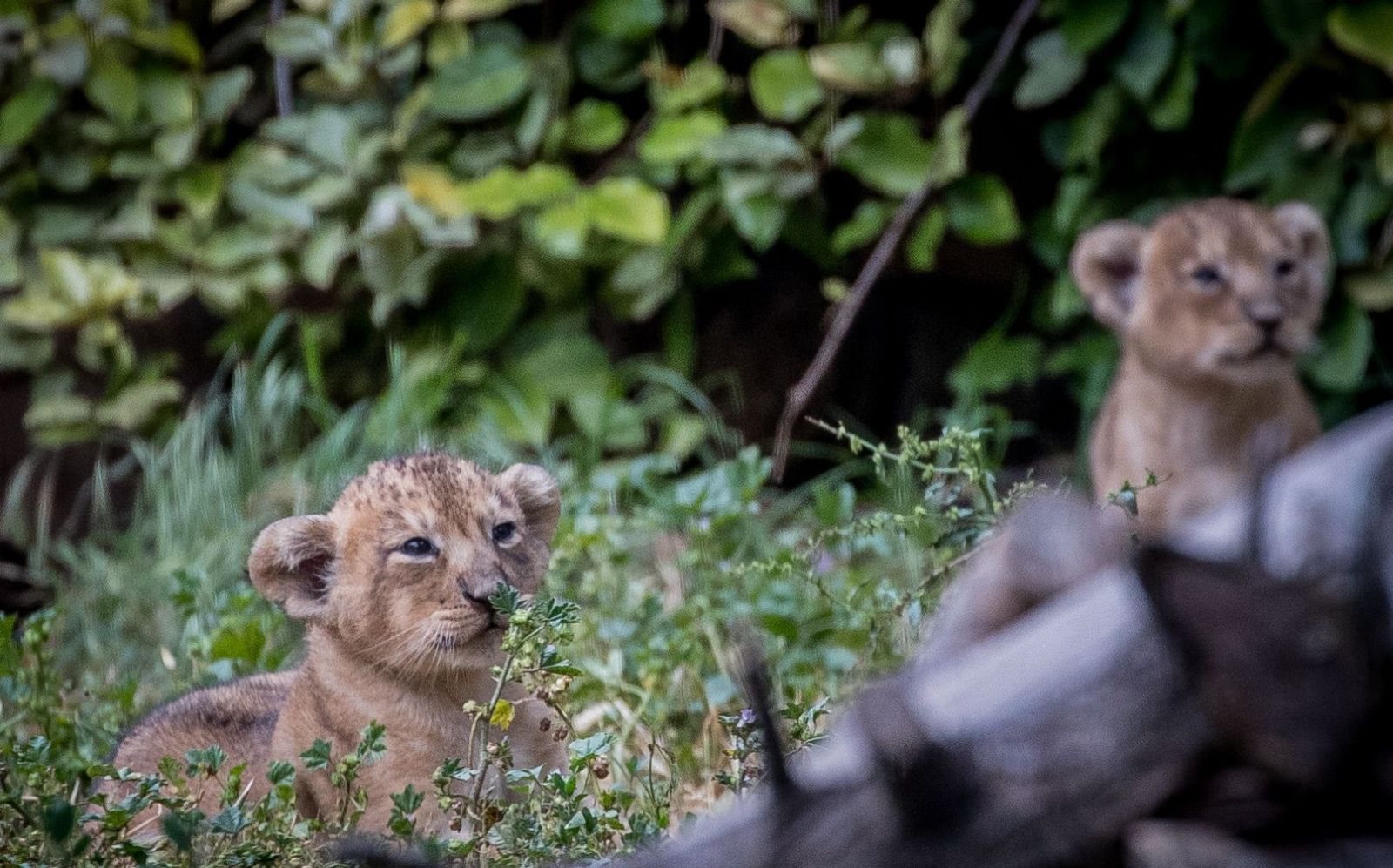 These two cubs at the Jerusalem Biblical Zoo are the first Asiatic lions to be born in captivity in Israel. Photo by Yonatan Sindel/Flash90

The names and the genders of the new cubs in Jerusalem are still unknown. They are presently spending quality time alone with their mother, as they would in the wild, although their father is getting a chance to know them as well.

In a Facebook post announcing the cubs’ arrival, the zoo asked that visitors help keep them safe by not coming too close and by keeping noise levels down.