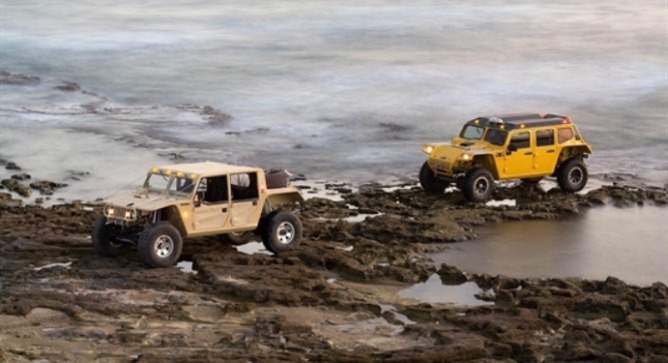 The Zibar field cars are meant for tough terrain.

If you’ve never seen a Zibar, expect to see one rumbling into sight soon enough. This unique Israeli 4×4 field car, already driving through jungles and rough terrain on four continents, recently got its North American unveiling in Las Vegas at SEMA, the premier automotive specialty products trade event in the world.

“It was always my dream to take my vehicles to the SEMA show,” says Ido Cohen, 53, designer of the Zibar and proprietor of Ido Off-Road Center in Pardes Hana, near Haifa. He bought a big booth in the center hall to introduce Zibar. Several days after the show was over in early November, he was still there talking business.

In sharp contrast to other successful Israeli CEOs coming out of world-class universities such as the Technion-Israel Institute of Technology, Cohen dropped out of school in sixth grade. Ever since his father had gifted him with a British pedal-operated metal jeep when he was six, his heart belonged to the road — or rather, off the road – and being stuck behind a desk indoors was nothing short of torturous. 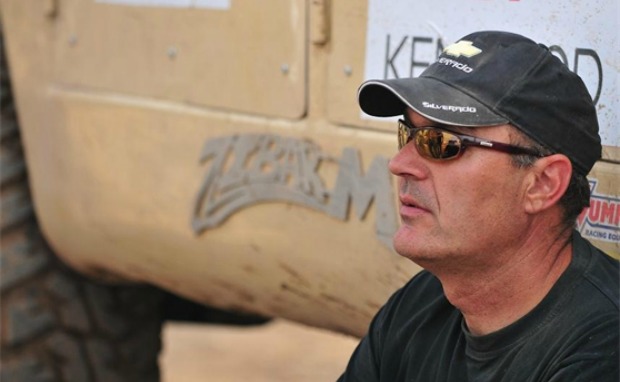 Since childhood, Cohen’s heart has belonged to the road.

However, his lack of formal education has not held him back a bit. In fact, he believes it contributed to his triumph in automotive design, a career virtually unknown in Israel.

“I am not an engineer,” Cohen tells ISRAEL21c. “They learn in university, and I think the way they learn is wrong. I learned from my own experience. After I left school at age 11, I started to work in all kinds of mechanical stuff like welding. In the army, I was in a special forces unit and that’s what gave me an understanding of the needs in the field.”

Right afterward, in 1982, he established his business with his wife, Noa. Ido Off-Road Center, the only Israeli vehicle manufacturer, specializes in design and development of a full line of 4x4s for extreme and rough terrain, military and security needs, and rally racing.

Cohen, himself a champion desert race driver for the past 20 years, personally supervises each vehicle’s design. His permanent staff of six includes two engineers, he concedes, “but they don’t develop; they only make the drawings and do the computer work.”

Riding to the limits

Cohen has infrastructure in place to begin making and selling the Zibar MK2 for the US market, through his new subsidiary Zibar USA in Phoenix, Arizona.

He has already sold 40 made-in-Israel Zibars, five of them to the Israeli military and the others to customers in Africa, Russia, South America and Middle East countries such as Abu Dhabi. He drives one to work, no doubt causing some head-turning in the northern Israeli town of 32,000 where he was born and bred.

“Since I was a child, my passion was to drive and to ride to the limits,” he says. The young Cohen even welded a motorcycle suspension system to the front of his bicycle. 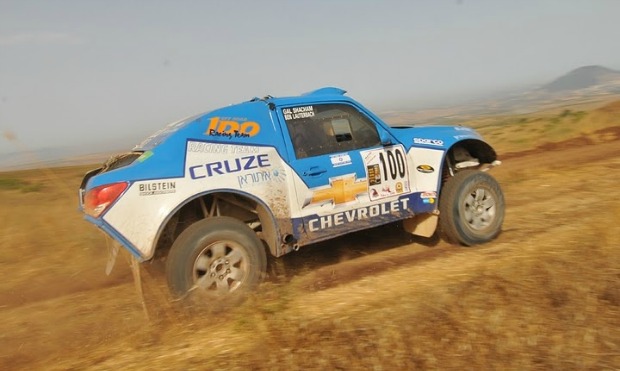 One of Cohen’s desert racecars.

Some of the special vehicles he designs, builds and upgrades have served him well in desert races including the Paris Dakar Rally, the Pharos Rally in Egypt and the Top Track Challenge in California. He won at Dakar in 2004 and continues to best competitors in off-road races in the Negev Desert, driving a vehicle he put together with a Chevrolet engine.

The company makes the Axe and the Storm LRV in addition to the Zibar. Among its loyal clients are Elbit Systems, Israel Salt Industries and the Israel Defense Forces, as well as Mercedes Benz and Mitsubishi. Cohen’s latest commission is a rugged door-less jeep for border patrol that can reach speeds of 140 kilometers (87 miles) per hour.

The Zibar took a decade to develop and was designed to withstand extremely harsh environmental conditions. The vehicles accelerate from zero to 62 miles per hour (100 km/h) in seven seconds, and last more than 435 miles (700 kilometers) on a single tank of gas.

“It’s the only vehicle you can drive in jungles — you can’t compare it with a Land Rover,” says Cohen. “If you want to drive anywhere off-road, no other car can compete with Zibar right now in the world, and a lot of people want to copy me. The performance is better because I am a racing driver so I know how vehicles should move in the off-road.”