For three days in February, 70 young leaders in social change and startups will meet in Caesarea, Israel, to brainstorm ideas to change the world. That’s the aim of ID2, Israeli Designed International Development.

The event, now in its second year, will help people with big ideas find the right business models to reach their potential in developing world markets, says Daniel Ben Yehuda and Danielle Abraham the co-chairs of ID2 2014.

Since opening the call for ideas, they have seen a rush of potential in areas such as small electric bike engines, inventions for the medical world and water purification with algae.

Ben Yehuda, the deputy director of the Pears Innovation and International Development Program at Tel Aviv University and Abraham, policy advisor for MASHAV, Israel’s Agency for International Development Cooperation, hope to challenge Israeli entrepreneurs at ID2, which is part of the Connection Points program of the Schusterman Philanthropic Network. Connection Points peer-led gatherings bring together passionate, talented young Jews around the world to channel ideas, creativity and enthusiasm into partnerships.

“We are looking at how we can encourage our own entrepreneurs to direct their entrepreneurial talent towards developing country needs,” Ben Yehuda tells ISRAEL21c.

A taste of that was explored earlier at the app hackathon at Google Israel headquarters, which Ben Yehuda helped to organize. 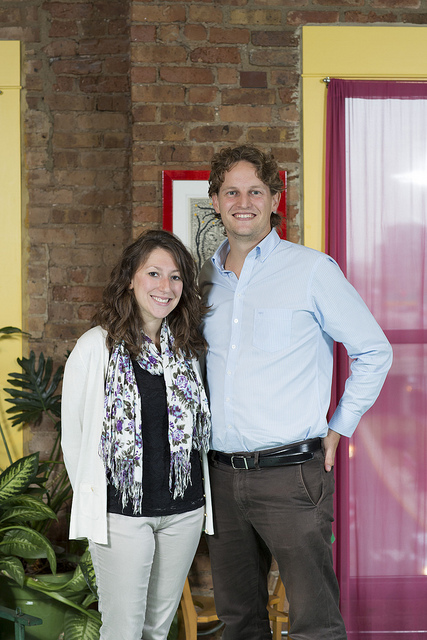 The ID2 event, which runs from Feb 18-20th, is also going to run parallel sessions for investors in Israel to train startups on the potential of investing in the developing world for returns, not just for good.

Through facilitated discussion groups, master classes, and participant-generated project pitches and skill sessions, those accepted at ID2 will have the opportunity to interact with peers, to build networks and design plans for action. Over the course of the event, participants will propose innovative entrepreneurial projects for international development and contribute their experience and expertise to the projects of others.

Participants must be between the ages of 20 and 39, with at least two years of professional experience in entrepreneurship or international development.

The inaugural ID2 2013 attracted “do-gooders” such as young physician Jonah Mink, who was treating migrant workers and refugees with illegal status at a free clinic in Tel Aviv.

At the event, Mink lay the groundwork for Migrant Health, now being developed to track the medical history of such patients and help them access standardized healthcare in Israel.

On the table at the UN

The resolution, Ben Yehuda points out, was “designed to advance entrepreneurship as a catalyst for development, and calls for the creation of conditions favorable to entrepreneurs, education, and removing bureaucratic impediments to the establishment of businesses.”

Ben Yehuda explains: “There is a growing consensus and recognition of the critical role of entrepreneurship as a means to meet the challenges of global poverty and achieve sustainable development. Entrepreneurship is a powerful tool which generates solutions and can create real and sustainable change, positively impacting upon the lives of every-day people.”

The Pears Program for Innovation and International Development works closely with the Israeli Foreign Trade Administration and Chief Scientist’s Office of the Ministry of the Economy, Ministry of Foreign Affairs, the Israel Export Institute and the National Economic Council of the Prime Minister’s Office with the stated goal of transforming Israel into an important source of innovative solutions to developing world problems.

MASHAV, the Ministry of Foreign Affairs and the Pears Program are contributing partners for the ID2 2014 Connection Point.