“If you have information about how your metabolism is working, you can improve your own health,” Mor tells ISRAEL21c.

Mor and her twin sister, Merav, didn’t set out to start a high-tech company. The sisters, who were born in California and moved to Israel at age two with their parents, originally wanted to be physicians. Instead, they studied medical laboratory sciences at Ben-Gurion University of the Negev.

They each received a master’s degree and a PhD in physiology — Merav specializing in heart arrhythmia and Michal in cardiac science. 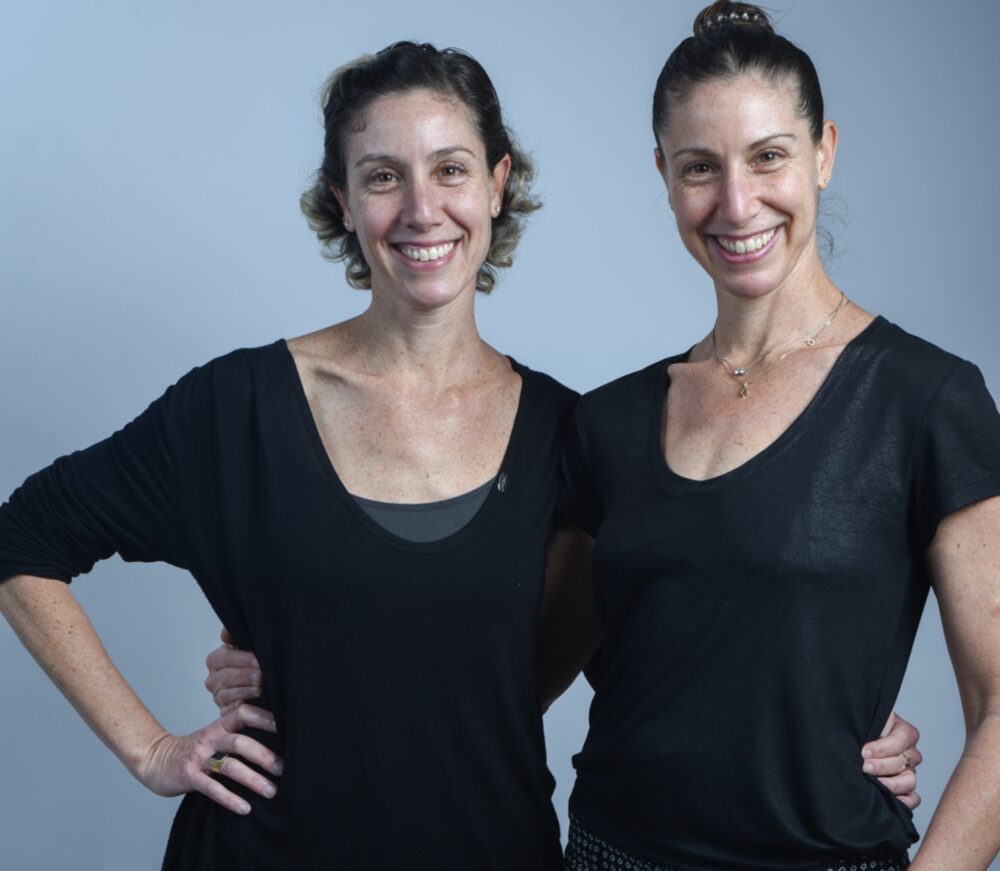 The sisters, each a mother of three children, live near each other in Tel Aviv. In their spare time, they are Ironman athletes, and Merav is a divemaster while Michal does competitive pole acrobatics.

They first became curious about metabolism when they were training for an Ironman triathlon.

“Many competitors crash and don’t have the energy to finish,” Mor said.

The Mor sisters started searching for “metabolic flexibility,” a common term in the scientific community, “but nobody spoke about what exactly you can do to make it happen.”

“We wanted to understand what was the best way to fuel our bodies,” Mor said.

She and her sister became their own guinea pigs and began experimenting with nutritional methods — on themselves.

“After a long swim in the sea in the morning, we’d eat meatballs and pasta,” Mor said.

The method they devised for what they ate and when was so successful that they both finished the race with so much energy, they immediately registered for the next one.

After that race, the sisters decided to investigate how to better measure their metabolism to get the information they needed.

Tests in hospitals would have required “lying down for at least 45 minutes dressed like an astronaut and then you need a doctor to analyze the data an hour later,” is how Mor describes it.

At first, they wanted only to find a home-based way to measure their own respiratory exchange ratio (RER), which indicates whether the body is getting its energy from fat or carbohydrates. 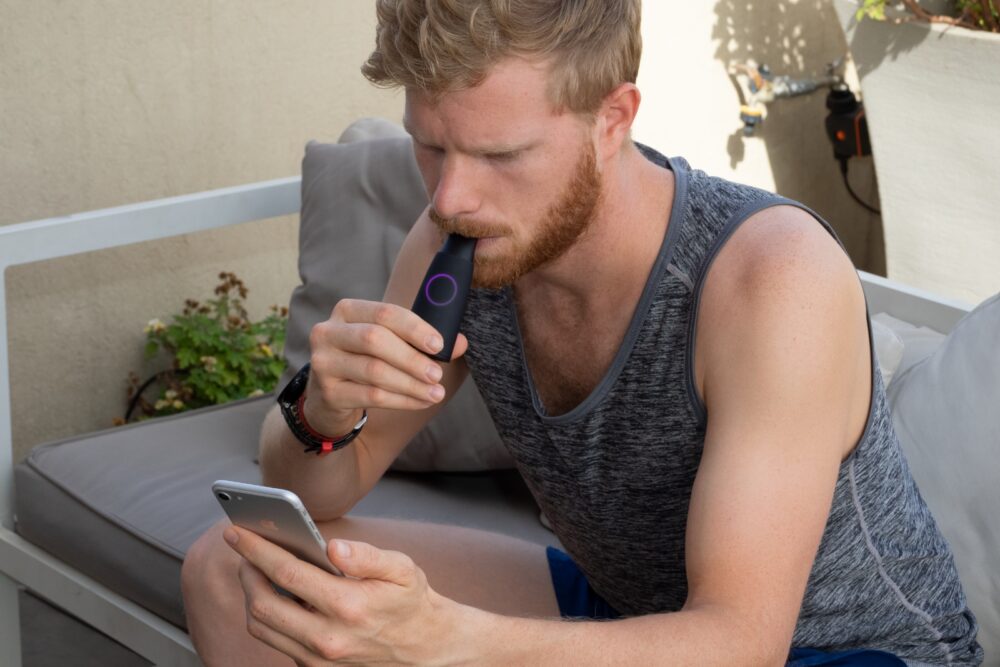 After four years of research and development, they created Lumen with three others: Avi Smila, who is chief information officer; Dror Ceder, chief growth officer; and Daniel Tal Mor, who is the CEO (and Michal’s husband). 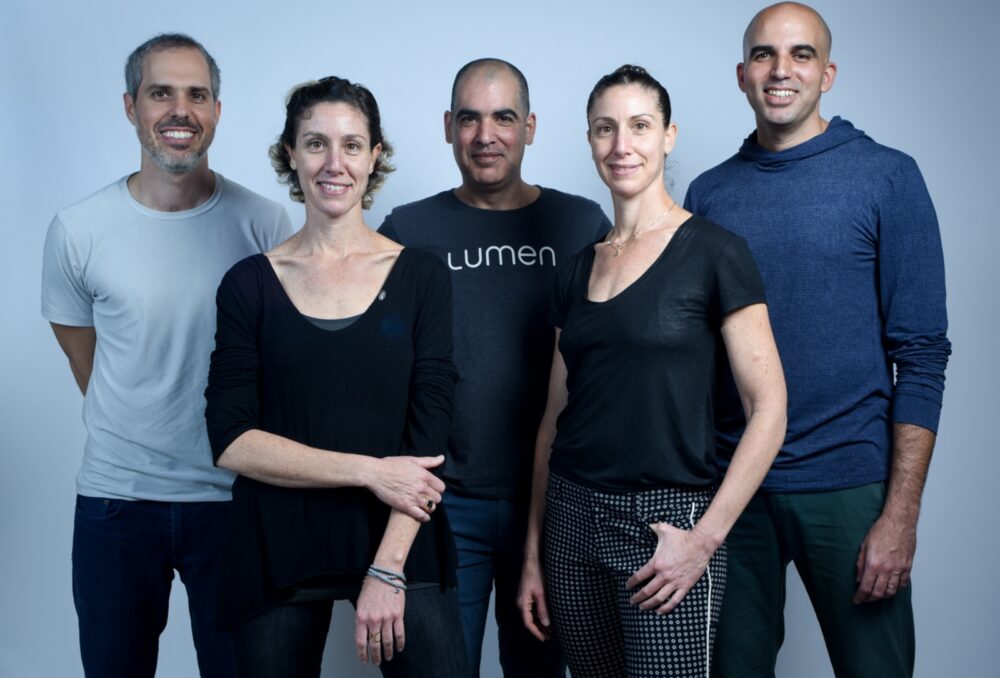 Michal Mor is head of science for products, a task in which she studies the “complicated metric of metabolic flexibility to make it accessible to everyone.”

In 2016, beta trials for the Lumen device began; Lumen was officially launched via an Indiegogo crowdfunding campaign in 2018.

The device and app can connect with programs like Google Fit as well as Bluetooth to integrate users’ data. 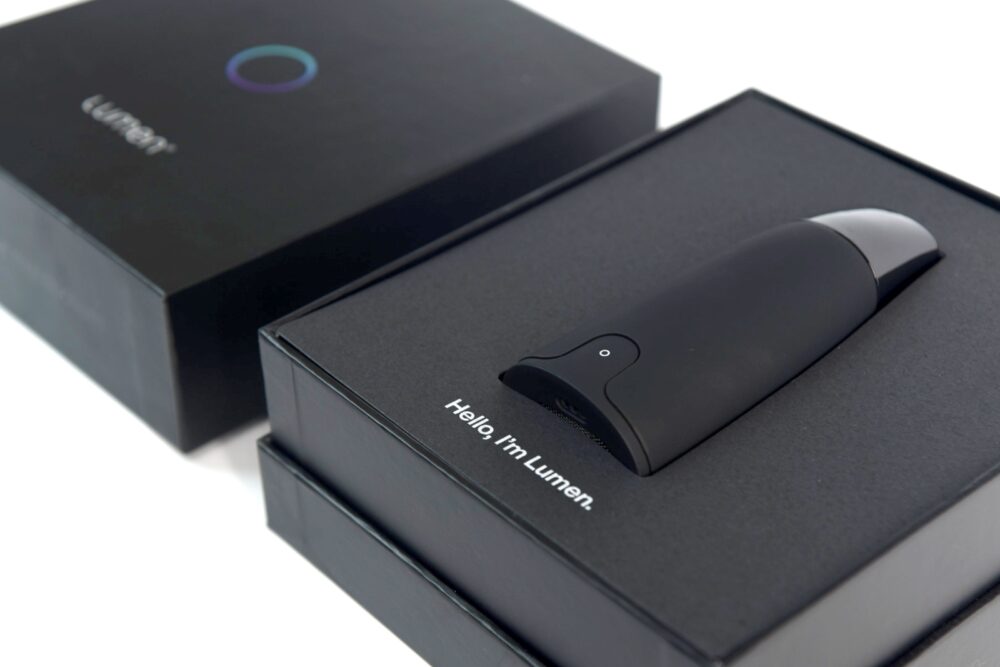 Lumen comes packed in its own case. Photo courtesy of Lumen

In addition to giving people a window on their metabolic health, the Lumen app – available by subscription — offers ideas for meals, including alternative suggestions if people “don’t like what’s on the menu.”

There are selections for vegetarians and vegans as well as for those with food allergies, helping people understand what makes up a balanced meal.

Today, the company has 115 employees with offices in Israel as well as New York. Its yearly sales figures are not disclosed.

One of Lumen’s breakthrough research findings is tracking how women’s metabolism changes according to each phase of their menstrual cycle.

“There is a lot of research about men’s physiology,” Mor said, “and we’re using our knowledge to meet the specific needs of women.”

While athletes use Lumen for their training regimen, others use the device and app to manage their health by measuring how their body is burning calories and learning what they can do to “reach their health and fitness goals.” 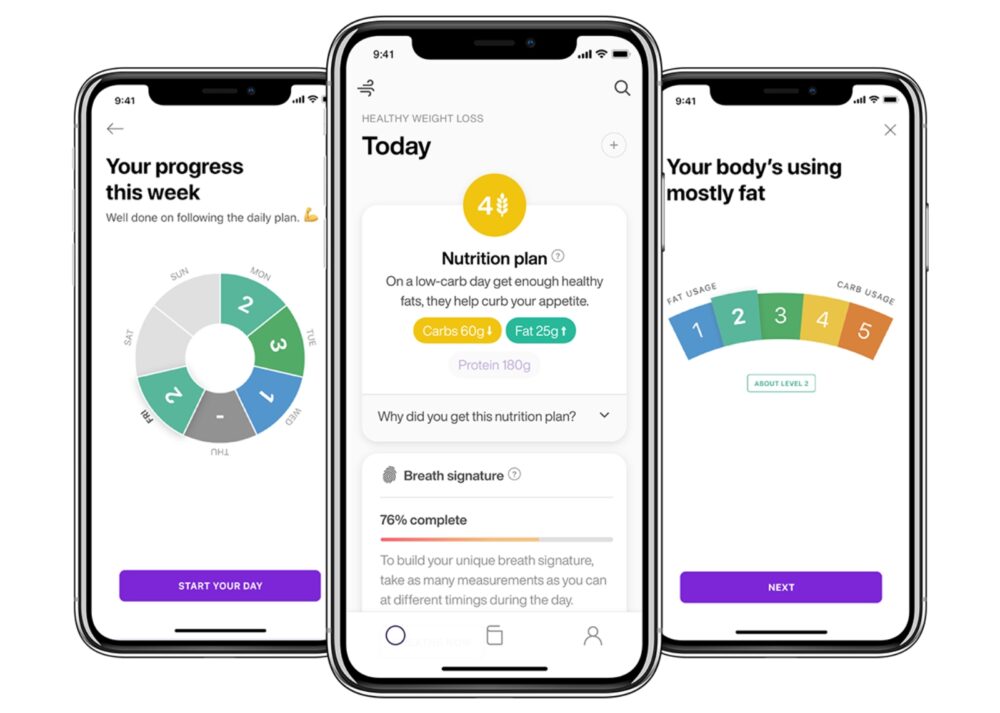 Lumen’s app gives insights for health and fitness based on breath analysis. Photo courtesy of Lumen

Mor says that Lumen has helped users lose weight when used on a consistent basis, but most importantly increases metabolic flexibility by 66%.

She said there is no other company that offers people the chance to measure their metabolism at home.

“What we want to do is translate people’s bodies for them,” Mor said. “We’re helping people look inside and get the information they need.”