So you’re a safe driver. Thirty years on the road and never had a scratch. You don’t need some computer to look out for you on the road.

“Why do you need airbags in your car? Because they can save your life in the case of an accident,” says Isaac Litman, CEO of Mobileye Products, the global leader in advanced driver assistance systems, or ADAS. “This system can warn you of an impending accident so that you can take action in time and avert a collision. You may only use it once in your driving career – but that’s enough.”

The statistics speak for themselves, Litman tells ISRAEL21c. “Now that vehicles fitted with our systems have traveled over a billion miles in the US, we’ve seen a 40-50 percent drop in accidents.”

ADAS is becoming a standard feature of the modern vehicle, and Jerusalem-based Mobileye is leading the field.

“This new technology helps drivers drive better,” says Litman. “It knows how to recognize cars, bikes, motorbikes, pedestrians, an impending accident … it warns the driver in time. It can even stop the car if the driver doesn’t react quickly enough — and all this at high speeds.”

“Both roads and vehicle design have improved significantly in the past three decades. But the human factor has not. The only aspect that hasn’t improved is the driver.” 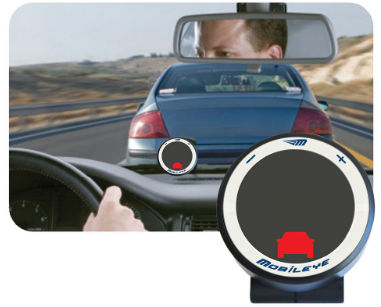 Litman points out that according to studies carried out by the Virginia Tech Transportation Institute and the US National Highway Traffic Safety Administration, 93% of accidents are caused by driver error. Of those, 80% are caused by a lack of attention by the driver within three seconds of the accident.

“Often it’s because of distractions such as talking on the telephone, eating or smoking while driving,” he notes.

Mobileye was founded in 1999 by Ziv Aviram together with Prof. Amnon Shashua, former head of the School of Engineering and Computer Science at the Hebrew University of Jerusalem. The company’s challenge: to produce a vision system that can detect all nearby vehicles using only one camera.

“Several large companies had tried to produce peripheral warning systems based on two cameras or more. Mobileye’s advantage is that it’s all done with one camera. This is why we managed to outskirt larger companies to become the market leader,” says Litman.

The company began by developing algorithms and a processor chip called the EyeQ chip at its Jerusalem R&D center, and after years of testing began to sell the chip and software to leading automotive manufacturers such as BMW, General Motors and Volvo.

“It’s been a long development process,” says Litman. “It takes two to five years to adapt the system to a particular vehicle. Now we can retrofit 65% of cars on the road, which helps our penetration into the market.” 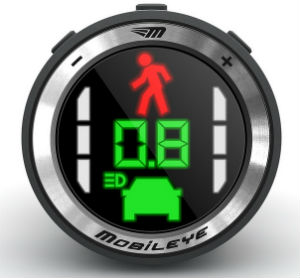 Mobileye shows when a pedestrian is near the vehicle.

Mobileye’s ADAS is comprehensive, powered by algorithms that detect all types of vehicles in day and nighttime, with collision warnings coming from all sides, as well as stationary and moving pedestrians up to 30 meters away. The lane guidance feature notifies a driver if the vehicle is deviating from its lane; the traffic sign recognition feature helps a driver maintain a legal speed and obey local traffic laws; and intelligent headlight control automatically raises and lowers the high beams so as not to inconvenience oncoming or preceding traffic with glare. 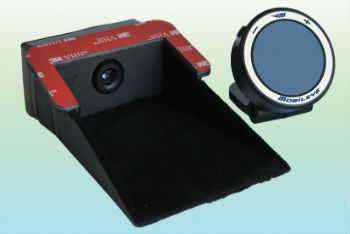 “The most developed technological companies were the ones that started to install Mobileye in their vehicles,” says Litman. “Over the years, the other manufacturers saw how successful it is, and companies like Hyundai, Ford, and Citroen have since adopted us. Many other manufacturers are interested, but due to secrecy agreements I cannot reveal who. Those who sat on the fence then are now realizing that they might miss the bus.”

“Coca Cola will next year start installing the systems in its European vehicle fleet. They saw the drop in accidents and the drop in fuel use. We don’t claim to do that, but experience shows that with the system installed, drivers behave more carefully, and accelerate and decelerate less,” says Litman.

“Fleet Europe unites all the vehicle fleets in the continent. They want to adopt the system to improve their safety records,” he adds. “The US regulators have adopted three ADAS technologies — two of them are ours.”

In October, in the latest of a series of business milestones, Mobileye won the prestigious International Fleet Industry Award for 2011 for its innovative ADAS.

The company has grown steadily and now employs more than 300 people worldwide, with headquarters in the Netherlands, offices in the United States, Cyprus and Japan, and the Jerusalem R&D center.

“In 10 years, every car in the world will include Mobileye,” Litman confidently predicts. “Can we reach zero accidents? The answer is yes, but it will take another 20 years.”

UNCOVER ISRAEL - Get the ISRAEL21c
Weekly Edition free by email
Sign Up Now!
Bring Israel's story to life.
Millions of people around the world rely on us to gain a deeper understanding of Israel. We are the trusted source for original content you won't find anywhere else.
You can make a difference. Donate today to support journalism that brings Israel’s story alive.
SUPPORT ISRAEL21c
Read more on:   Innovation, Mobileye, Technology, driving safety, Auto tech