Plant biologist Shimon Gepstein did not set out to find a revolutionary technology that has been successfully producing drought-resistant rice, wheat, sugar beets, cotton, millet and other food crops in several countries.

He and his staff were tinkering with the “juvenile” plant hormone cytokinin to see if they could grow tobacco with a longer growth period and shelf life. The experiments worked beautifully — and then they neglected to water the genetically engineered plants for a few weeks. Surprisingly, after being re-watered they bounced back to life.

And so Gepstein discovered that cytokinin also increases a plant’s ability to withstand drought. Scientists across the world have long looked for biological plant mechanisms that can be engineered to boost drought resistance.

“This was the first report of a new mechanism,” Gepstein tells ISRAEL21c. “This linkage between delay of aging and stress tolerance is new, as well as the discovery that cytokinins have a major role in drought tolerance.”

Now a professor emeritus at the Technion-Israel Institute of Technology, Gepstein collaborated with the University of California-Davis on further studies, and published the initial findings in 2007 in the journal Proceedings of the National Academy of Sciences (PNAS).

The drought-resistance technology was patented and licensed by the universities to Arcadia Biosciences, a California agro-tech company, which sublicensed it to seed companies that sell the engineered product in the United States and abroad. In July 2013, a Chinese patent was approved, paving the way for the Israeli-innovated technology in another vast market. 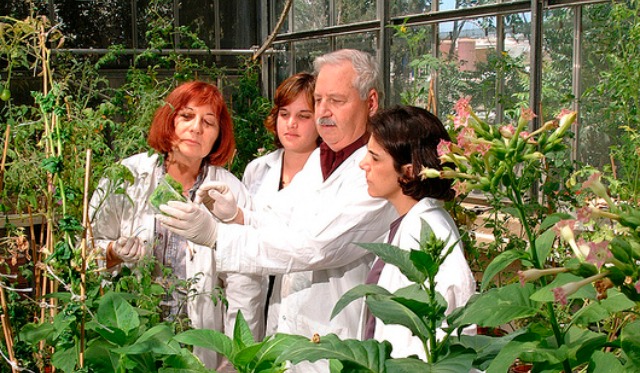 Gepstein and his team in the greenhouse.

“This technology has been introduced in several major crops and has been the subject of papers by other labs using our technology, because it’s well accepted in the world,” says Gepstein, former president of the Israeli Association of Plant Sciences.

Gepstein and his research team are soon to publish a new article showing how the same genetic modification to cytokinin also protects crops against stresses such as cold, heat, salinity, insects and parasites.

“We started with delaying aging and ended up with a completely different story that is not less important and maybe more important,” says Gepstein, who has advanced degrees in plant physiology from Tel Aviv University and did his postdoctoral work at the University of California on plant hormones. 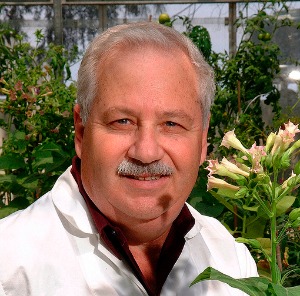 Gepstein and his team in the greenhouse.

He is eager to put to rest any concerns about the safety of the genetic engineering behind the cytokinin modification, explaining that the risks of cross-breeding whole plants, which have hundreds of thousands of genes, are much greater since not every one of those gene mechanisms is well understood. This advance, by contrast, was achieved by modifying a single gene that is present in the plant in its natural state.

“We did not introduce any foreign genes; we just extended the activity of the natural gene of one hormone that is already in the plant. It’s completely native,” Gepstein stresses. “It’s more accurate and more healthy because you know exactly what you are doing.”

The technology is benefiting agriculture everywhere, including in Israel.

Gepstein says the ability to survive three weeks of no water has great importance for Israeli farmers. “In Israeli winter, after the first rain the wheat seedlings germinate and then if no more rain falls for a few weeks, they die. If modified plants can withstand this dry period until the second rains come weeks later, we can save the whole field,” he says.

And because they require much less water, these food crops could be grown in more arid zones and with fewer natural resources.