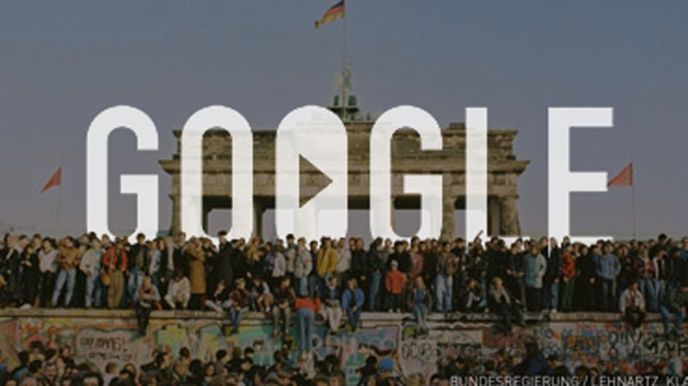 When Google decided to mark the 25th anniversary of the fall of the Berlin Wall as its Doodle of the Day on November 9, 2014, it turned to an Israeli video production startup to get the job done.

The Google Doodle team wrote in a blog that when seeking inspiration for the illustration, they set off to a local California public library to study an actual piece of the Berlin Wall. That’s when they decided to try and piece it back together through video for the world to see.

They turned to Veed.me, an Israeli startup that connects videographers and production crews from around the world, and asked them to organize 17 film crews to gather footage of real pieces of the Berlin Wall in international locations.

The Google Doodle team, which has created more than 2,000 doodles for their homepages around the world, then added some archival photographs to set the context for the video.

“This graffitied chunk of concrete, once a literal division, has been transformed into a symbol of unity, a reminder to passersby of the triumph of the collective human spirit,” the company wrote. “It was moving to see it in person and, appropriately enough, spray-painted on this special slab are the German words ‘Wir lieben dich’ — ‘we love you.'”