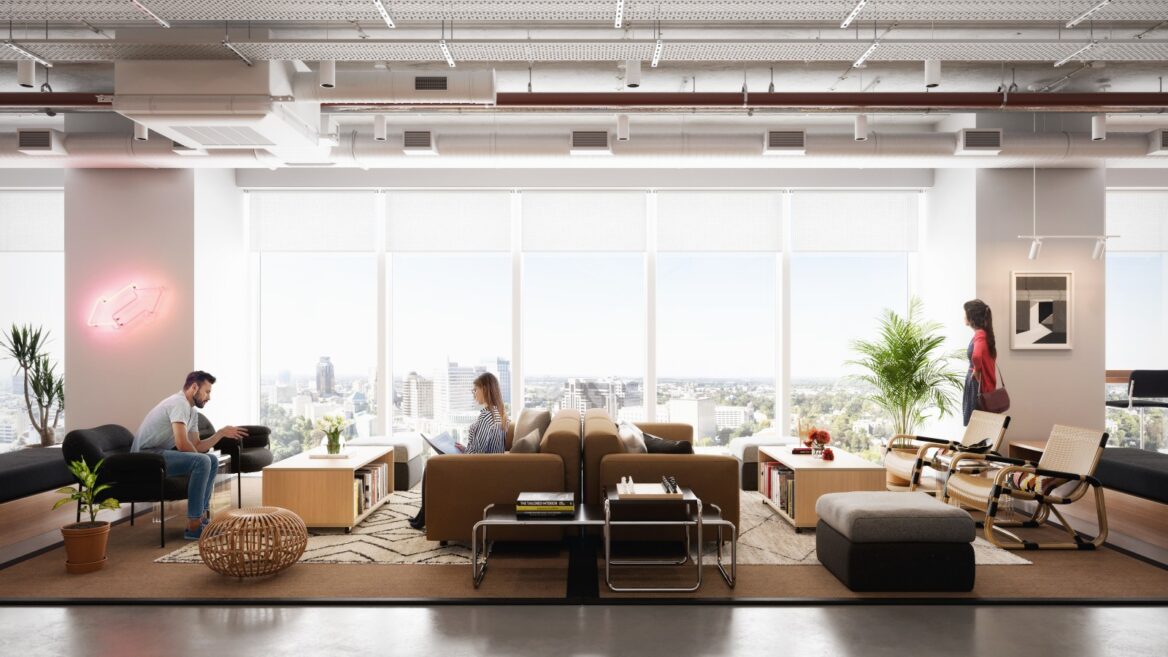 “There is now no reason that any team should even consider a traditional office.”

When the pandemic sent everyone home to work in their PJs, corporate offices became ghost towns and co-working spaces struggled to survive.

“As companies have been forced to rethink their workplace strategies as a result of the global pandemic, flexibility has become key,” says WeWork Israel General Manager Benjy Singer.

“We have seen a significant increase in demand from companies that want flexibility not only in terms of space, but also place and time,” he tells ISRAEL21c.

A WeWork branch scheduled to open this year in Petah Tikva will be its 14th in Israel and brings its global footprint to about 860 locations in 38 countries. WeWork Israel also is offering university students access to its locations at a 60 percent discount for six months.

“While many are questioning the role of the office in the landscape of the future of work,” says Singer, “the opening of our eighth location in Tel Aviv reaffirms our … conviction that spaces where teams can come together to collaborate and innovate are critical for the future of businesses.” 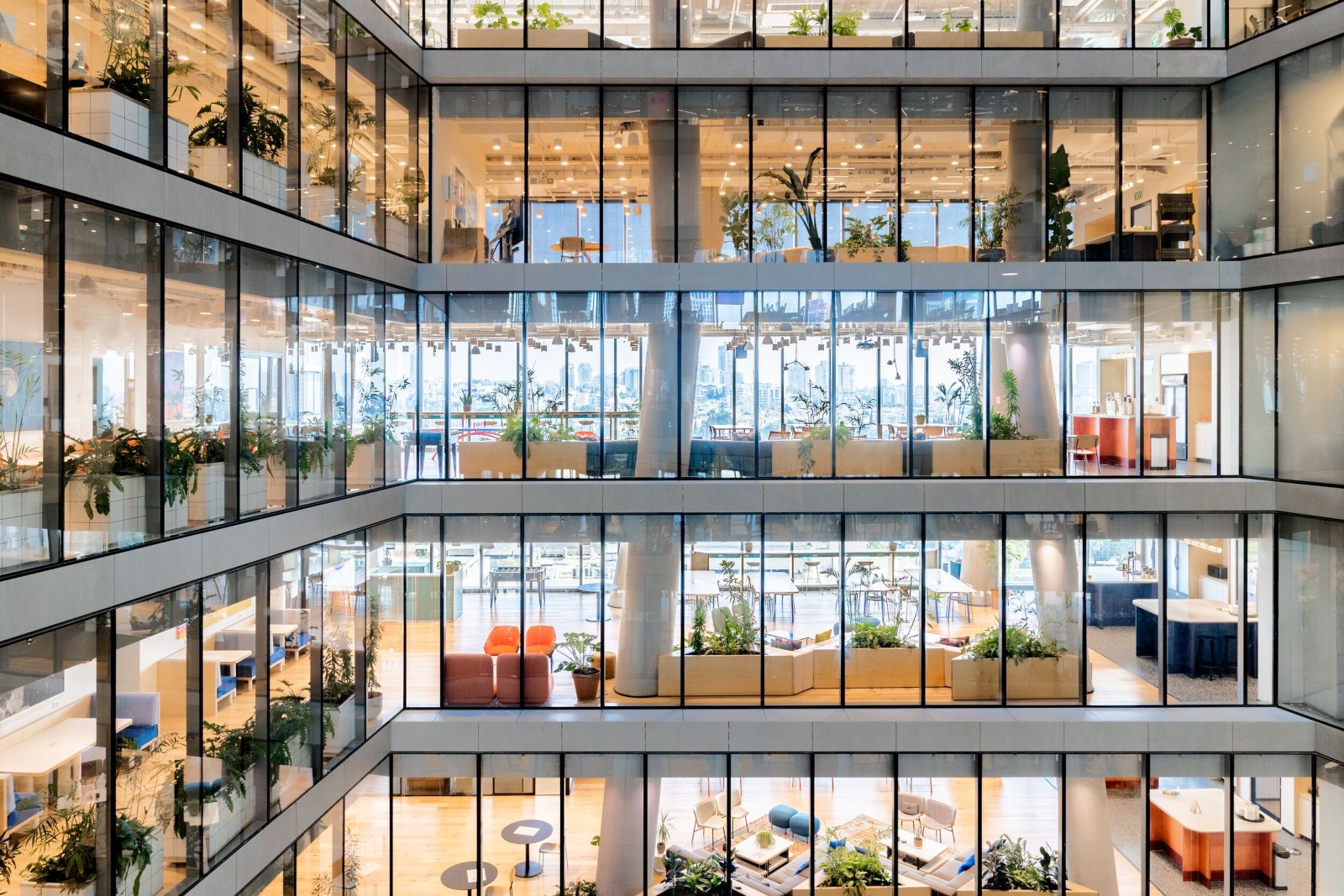 Tel Aviv-based Mindspace, which over seven years has grown to 31 sites in 16 cities in seven countries, closed 83 percent more deals in Israel over the past few months compared to last year, and had a record sales month in December, says CEO and cofounder Dan Zakai.

Mindspace is opening its fifth Israeli branch in March. Those 600 workstations in Tel Aviv’s new Vitania Tower, planned before Covid, will meet a growing need for both small and large companies. 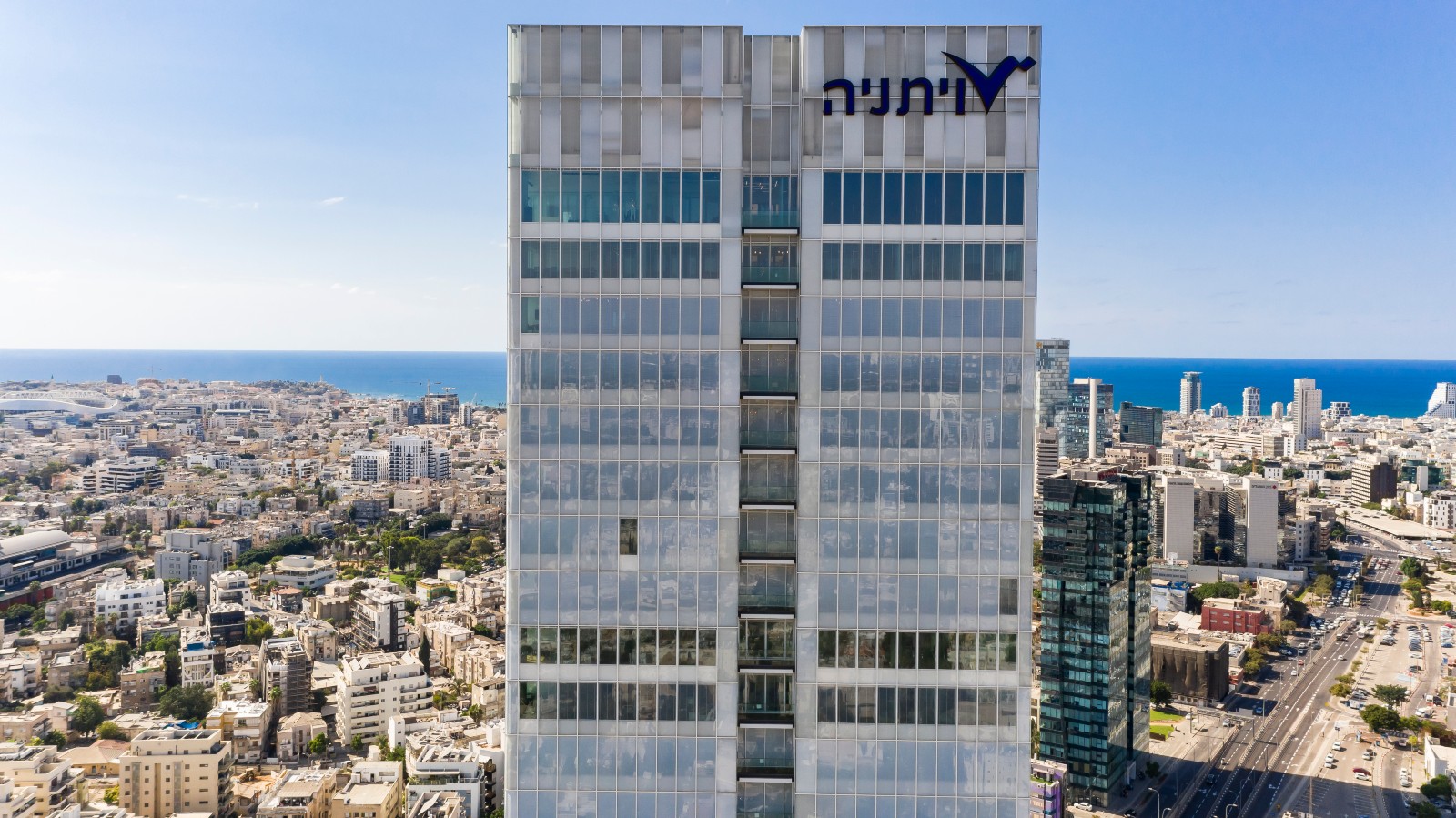 “The majority of blue-chip companies across our portfolio [such as Microsoft, Samsung, Yahoo and Expedia] renewed their agreements with us even if they’re not using their space now, because flexible workspaces have always been part of their strategy and will be a bigger portion of their strategy post-Covid,” Zakai tells ISRAEL21c. “And we’re starting to see demand from large companies that never considered flex before.” 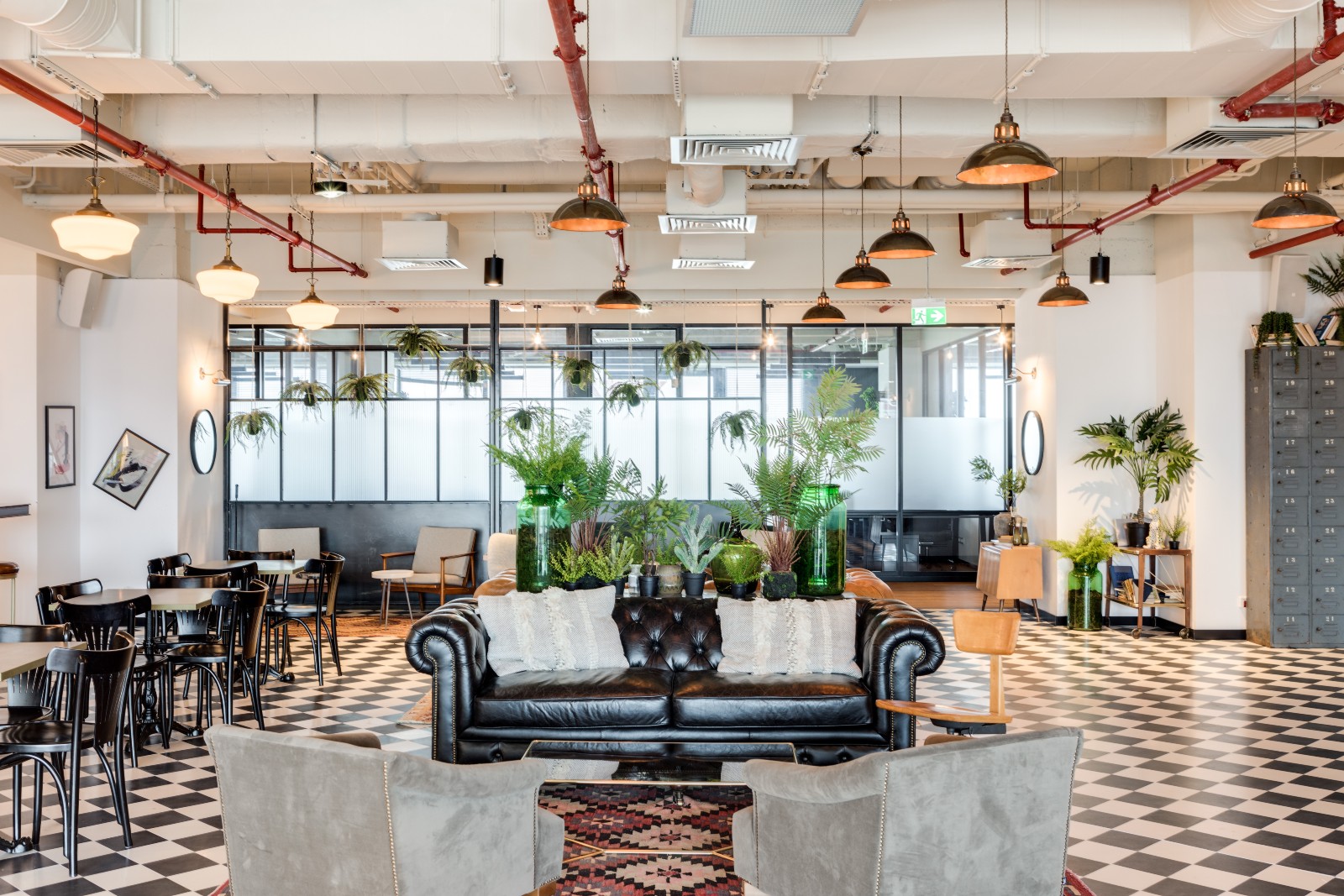 Inside the newest Mindspace in Tel Aviv’s Vitania Tower. Photo by Boaz Arad

“On the one hand, most companies now express an interest in flexible solutions for shorter periods of time starting from one month — compared to standard contracts lasting five to 10 years,” he says.

“And on the other hand, property owners are shifting to management agreements and the introduction of flex office spaces in their buildings” to help fill vacancies.

The pandemic-fueled tourism bust and flex-working boom validated the decision of Fattal Hotel Group — Israel’s largest hospitality chain with more than 200 hotels throughout Israel, Europe and the UK — to launch Rooms by Fattal workspaces.

The first Rooms opened at Fattal’s NYX business hotel in Tel Aviv in July 2019. Members enjoy amenities including room (or rather desk) service and a concierge, while the hotel enjoys revenue from its facilities during business hours when overnight guests aren’t around.

“In the past, hotels were closed to anyone who was not a guest. In the last 10 to 15 years, hotels began wanting to make an environment of local experiences so that the guests will see local people hanging out there and ‘feel’ the city.”

Fattal tells ISRAEL21c that the chain brought 21 years of hospitality knowhow to the “workspitality” space and expanded outside its hotels.

Another Rooms opened a year ago in Ra’anana and six months later in Bnei Brak/Ramat Gan. Rooms Modi’in opened in November. A second Tel Aviv location is planned this summer, and a Petah Tikva branch in 2023. 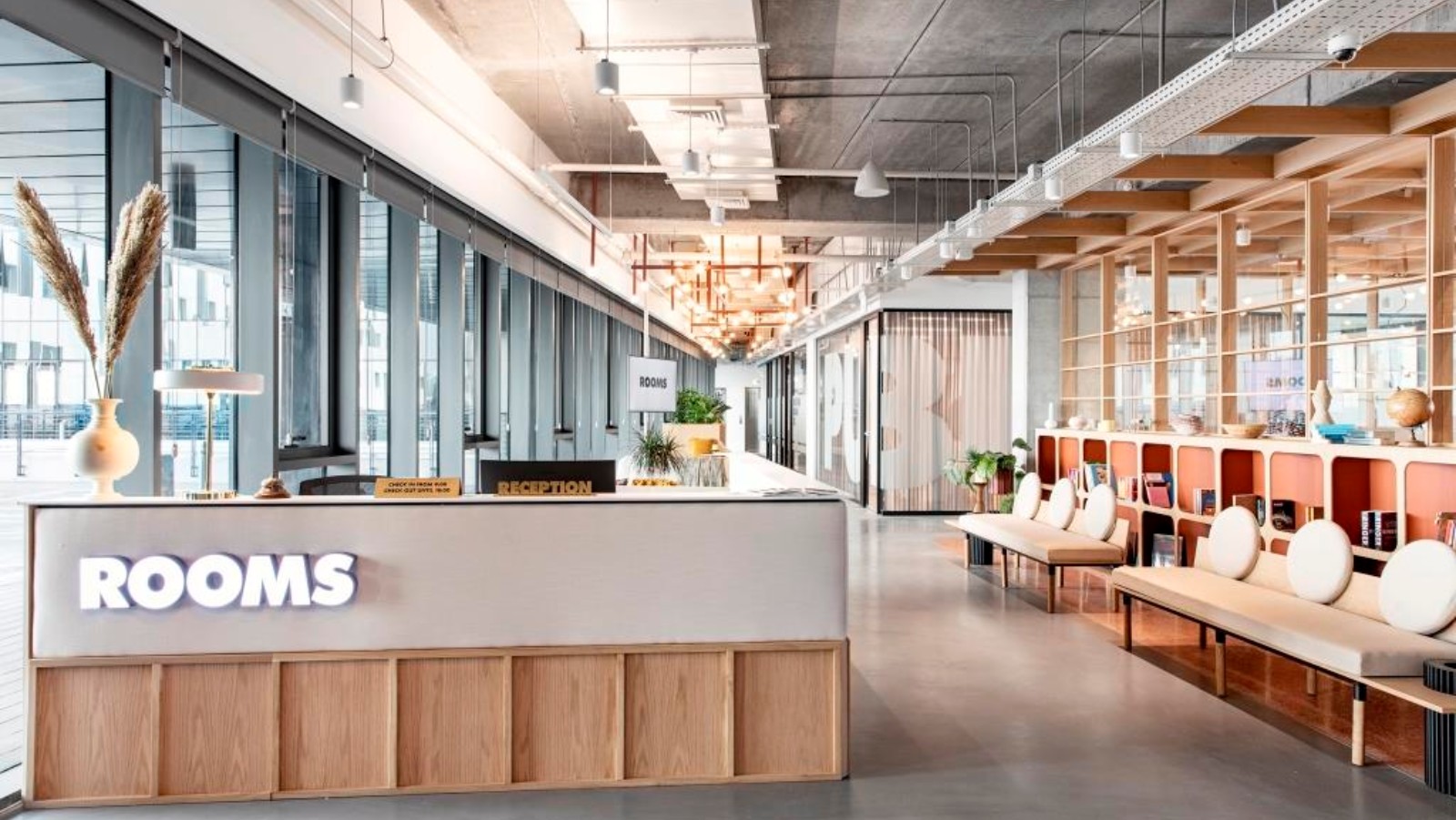 “There were challenges in opening during this worldwide crisis, but we saw a lot of opportunities,” says Yuval Ratsabi, manager of Rooms Modi’in.

“The main challenge is people don’t want to commit, but from this challenge came the opportunity for the flexible model that co-working spaces offer. You don’t have to sign a long-term contract or buy furniture or worry about maintenance,” she points out.

“Maybe you had 40 workers and now you have 20, and after the pandemic you will hire some of them back. Here, you can decide month by month how much space you need.”

Another opportunity is accommodating employees who cannot work from home at all or on certain days of the week; or crave the creative dynamic of coworker companionship once or twice a week.

Rooms Modi’in now has 40 percent occupancy. “At least 80% of the people come every day, even during lockdown periods,” says Ratsabi. “Most of our members are local so it’s only a few minutes from home. People were waiting for this kind of opportunity.”

“There is now no reason that any team should even consider a traditional office,” Aarons tells ISRAEL21c from Brooklyn.

“Flex providers have a really good value proposition to small young companies and big established companies. From the big company side, they want to hire people all over the world now instead of a bunch of people in one city. And they want to provide an option for employees to get out of the house.”

As for startups and small businesses working remotely most of the time, a flex space allows the team to “be in a room together” to enhance productivity and creativity.

A recent WeWork survey of employees across the United States, Canada, Mexico and Western Europe found that those who returned to the office one to five days a week reported a 40 percent rise in morale compared to WFH full time.

“Companies are looking to get back to the office and flex is how they’re doing it,” says Zakai of Mindspace. 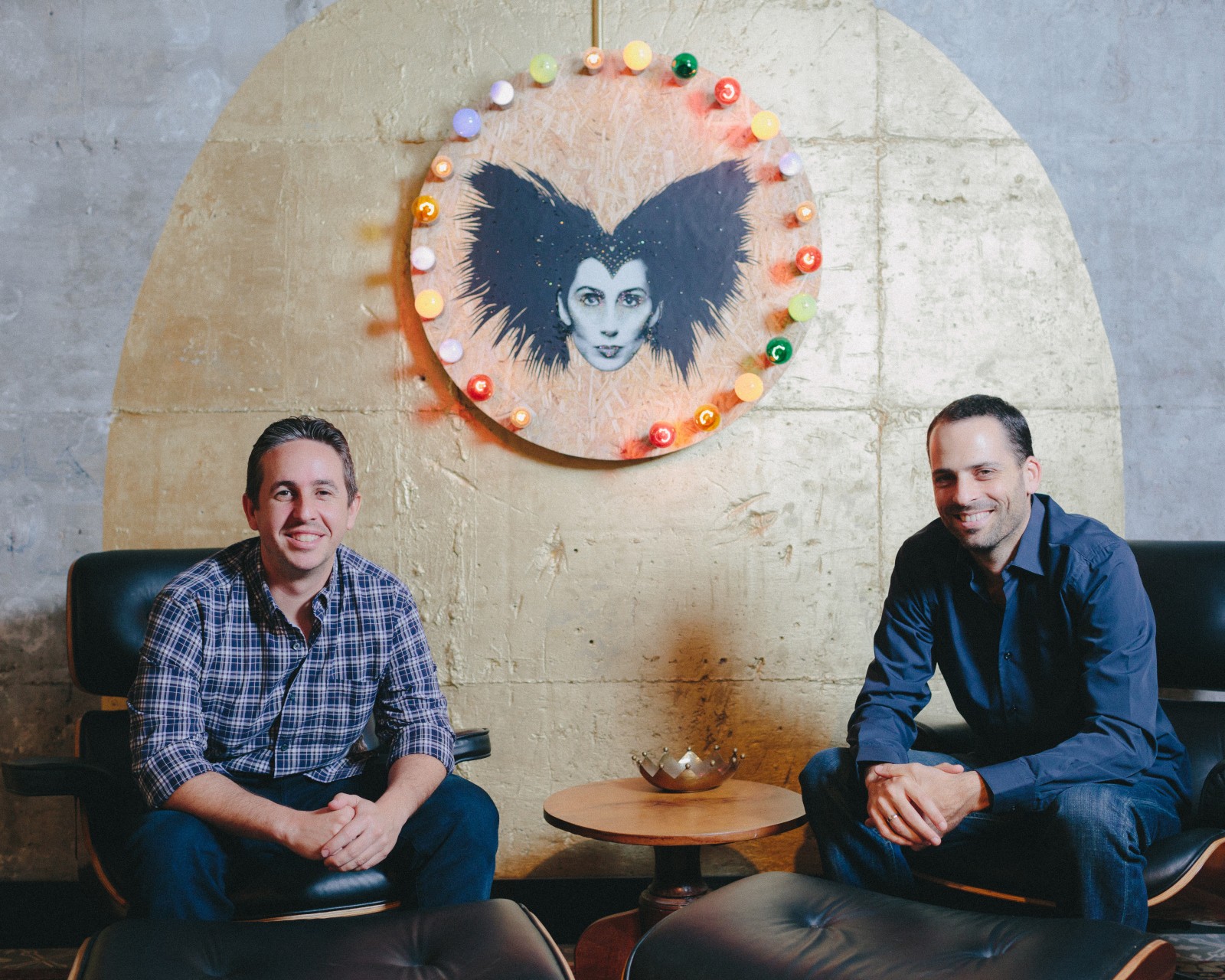 “A lot of it depends on how each country is dealing with Covid. In Germany, which is generally perceived as handling the pandemic well, we’ve hardly seen an impact on our business,” Zakai says.

In fact, Mindspace is expanding its Berlin branch and opening a Philadelphia branch.

”Other markets are still frozen, like in San Francisco, where people are still working from home so there’s no need for offices. Israel is somewhere in the middle,” says Zakai.

“After a few months of very slow movement in our spaces, we do see — perhaps because of the Israeli mentality or the fast vaccine rollout — huge demand in the past few months for flexible workspace here,” he adds.

“We also instituted a virtual platform for our members, offering lectures and wellness programs,” says Zakai. “Our goal was always providing a member experience better than what a corporation can offer on its own — prime locations, health and safety, and an exciting and fulfilling work environment.”

An opportunity for Israeli innovation

Ratsabi adds that Rooms Modi’in doesn’t allow more than 10 people in a space at once, and has a “strong system” for ventilation as well as windows that can be left open.

Aarons tells ISRAEL21c that having to upgrade the ventilation system to meet workspace safety demands in the pandemic has been “a huge financial strain for building owners.”

“What can help are companies that can circulate air more aggressively when there are people in the office, without exceeding CO2 emission limits,” says Aarons. “I think Israeli startups are well positioned to take on this challenging engineering problem.”