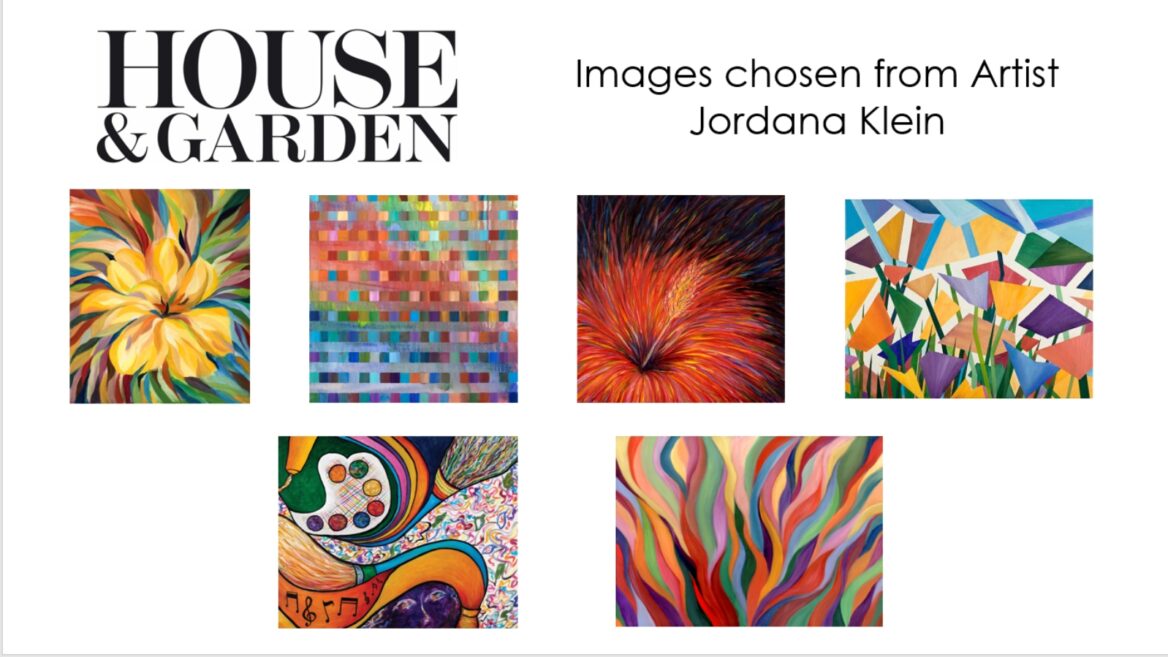 Israeli painter Jordana Klein is having a moment.

The Christmas issue of the Condé Nast magazine House & Garden features her “Playful Field of Flowers” painting. The magazine is using three of her works in the print edition and three in the online edition over the course of three months.

“House & Garden surfs the Internet to find art they like, and they got in touch with me,” Klein tells ISRAEL21c. “Vanity Fair saw my painting in H&G and will feature one or two of my pieces, too. It’s kind of fun!” 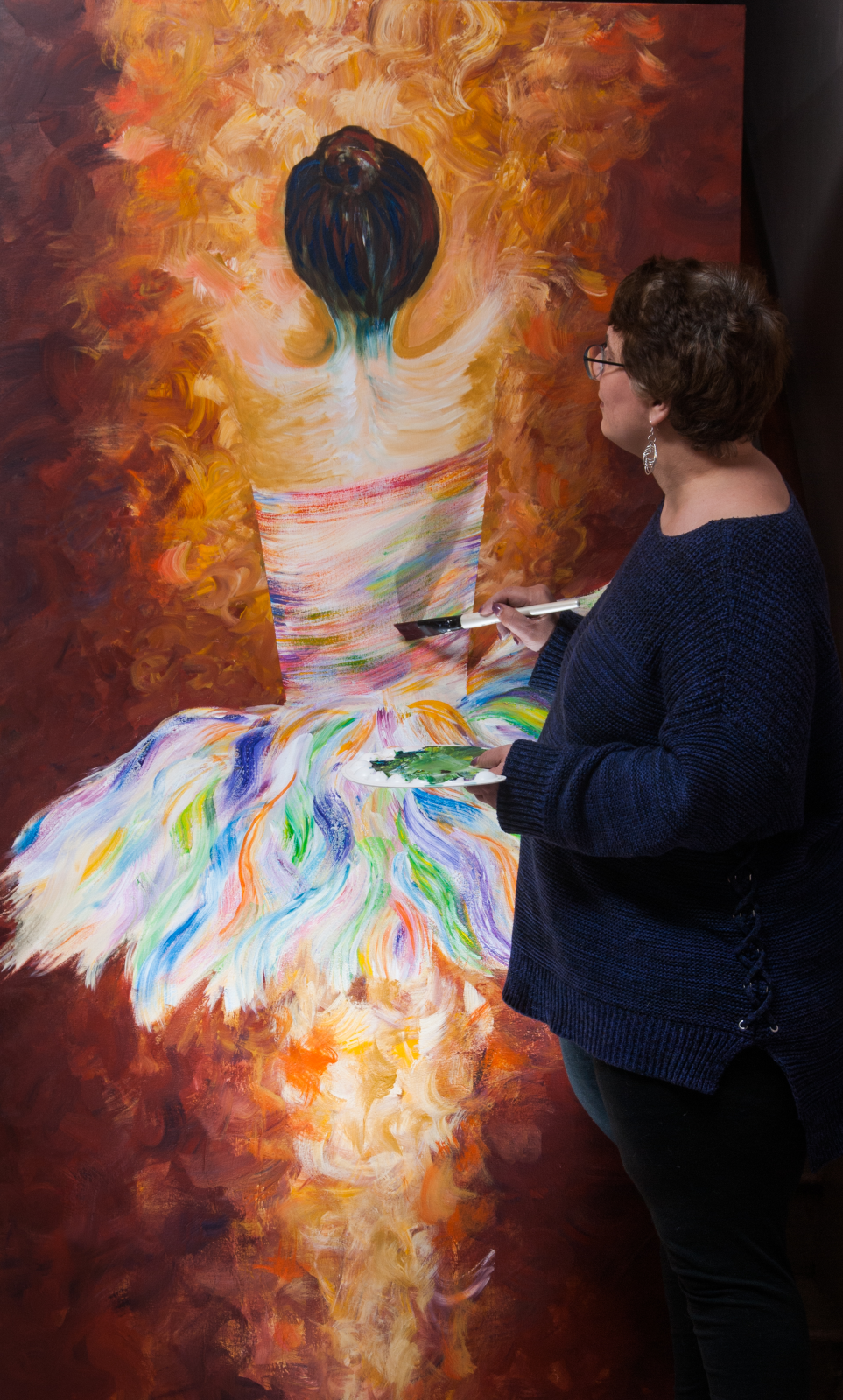 Jordana Klein at work in her studio. Photo by Yair Har-Oz

The artist’s boldly colorful, poetic and graceful style is about “taking what you see and infusing it with some sort of soul even if it’s just a flower,” she explains.

Her work includes nature scenes, Israeli scenes, Jewish themes and biblical themes: everything from a magnificent sunset to her dreamy interpretation of Jacob’s ladder.

Her most recent theme is joy, inspired by the experience of painting in the Old City of Jerusalem. 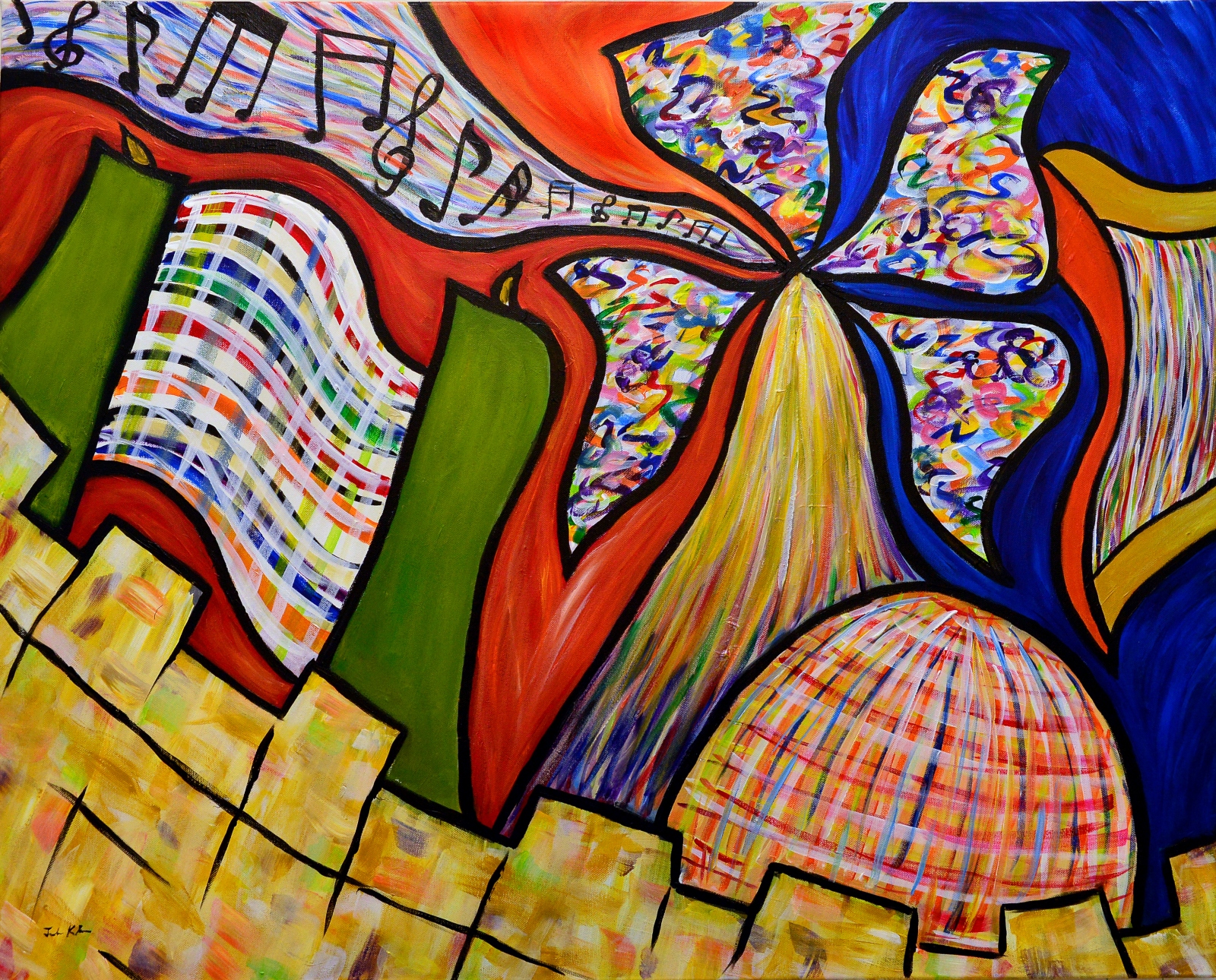 “Jerusalem of Joy” by Jordana Klein

“For this unique period and place, I developed a new technique, working with light and aerosol spray paint to give expression to the spiritual and ephemeral,” she explains. 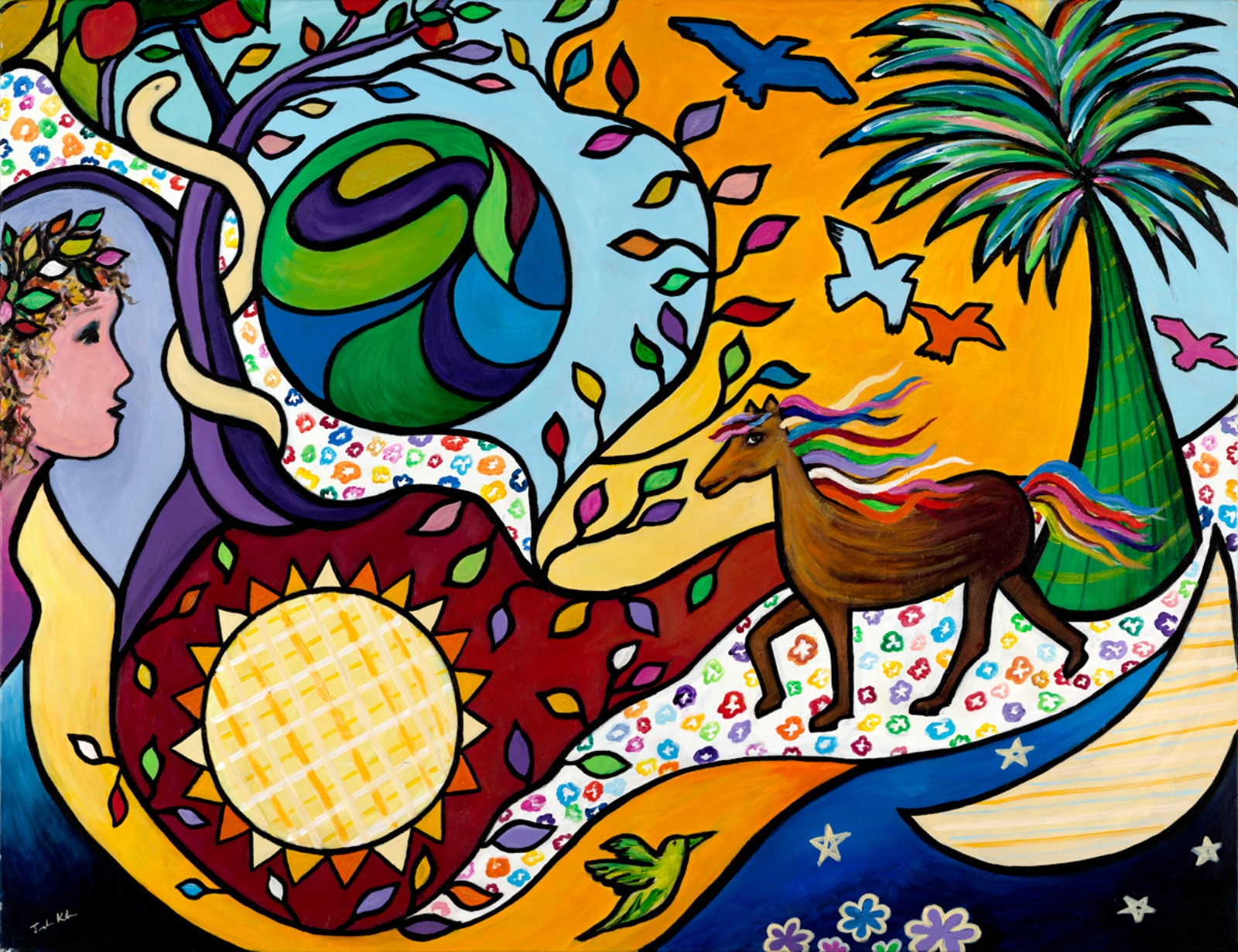 “Creation of Joy” by Jordana Klein

Though Klein has been painting since her childhood in Oceanside, New York, she earned a master’s degree in international affairs at Columbia University and was vice president of a bank from 1986 until moving to Israel in 1997.

She lives in Beit Shemesh, in the Judean Hills south of Jerusalem. 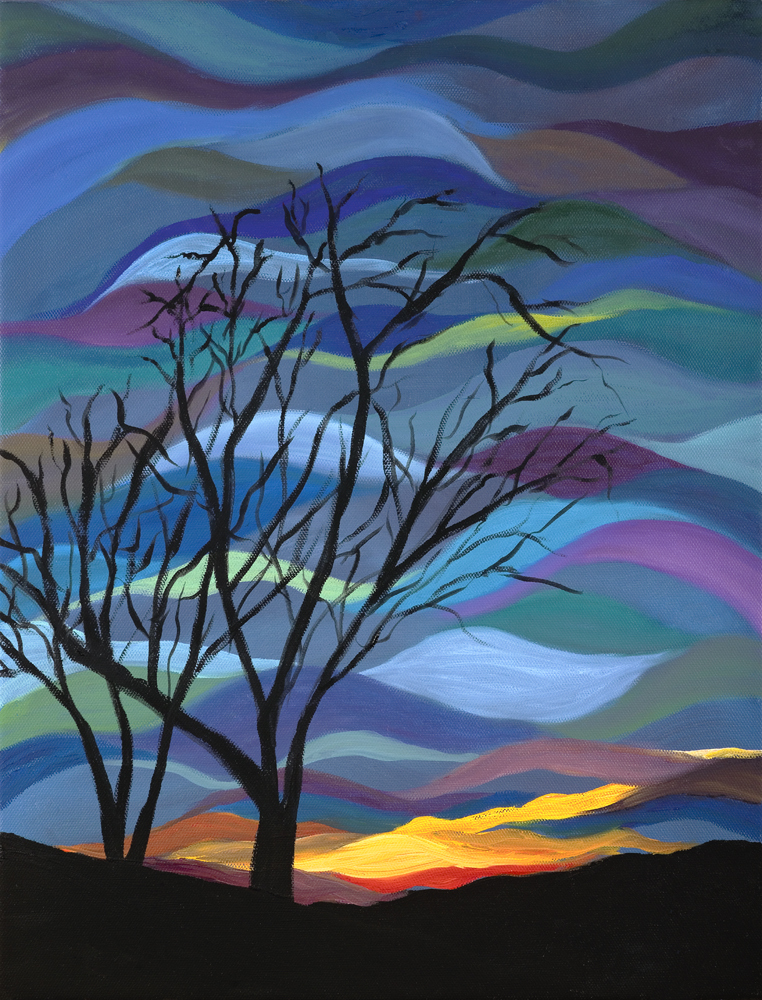 “I took a painting class at the Israel Museum and the teacher said, ‘Why aren’t you selling your stuff?’ And I realized that was a good question. If nobody sees my artwork, it’s like singing in an empty room. Art, to me, is about communicating,” Klein says.

Her paintings are sold online and in galleries in Jerusalem and New York. They have graced the covers of two magazines in South Africa and a book on Conservative Jewish thought.

Klein has been in multiple group shows and had solo exhibitions at the Heichal Shlomo Museum in Jerusalem, W Gallery in Tel Aviv and Fifth Avenue Presbyterian Church in New York City.

“I have a decent-sized following online,” she says modestly.“I’ve done about 600 paintings over the last 30 years, and I’ve sold about 300 originals.”

A challah tray by Jordana Klein