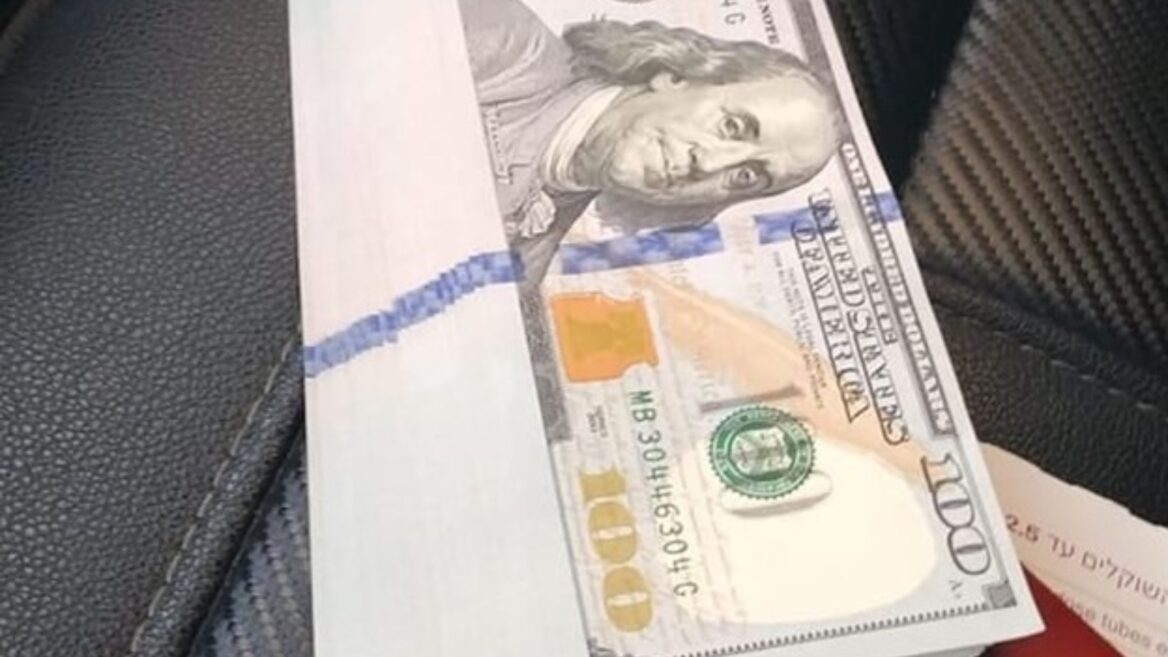 The cash found on the backseat of Moshe Barkat’s taxicab. Photo via Channel 2 News/Mako

An Israeli cab driver was finishing his shift one recent Friday when he noticed a black bag on the backseat.

It’s not unusual for passengers to leave items behind, but what Moshe Barkat found inside the bag was indeed unusual: $15,000 in US currency.

Barkat told Channel 12 News that he was shocked at the large sum. Yet it never occurred to him to keep it for himself.

“I am a man of faith,” he explained. “The money isn’t mine. I returned it with a full heart.”

His wife helped him figure out which passenger could have left the bag. He remembered driving an elderly woman in a wheelchair, accompanied by two young men, from Bat Yam to Tel Aviv Sourasky Medical Center earlier that day.

Barkat was able to track them down, and in fact the bag was theirs. They explained that the cash was meant to go toward a medical procedure at the hospital.

“The truth is, it was funny — they weren’t so excited to get the money back,” Barkat told the reporter. “I thought they would cry from emotion, but it didn’t happen.”

Nevertheless, Barkat felt he had done the right thing. And he said that he hoped the incident would send a message to the public that taxi drivers are honest people.