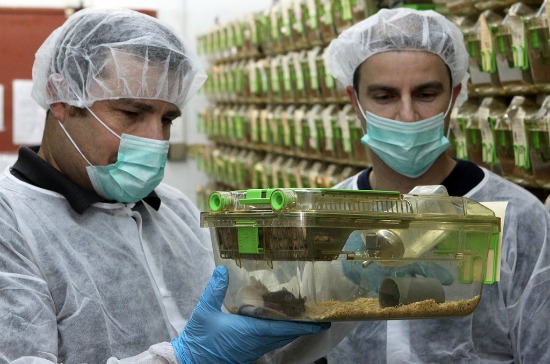 All the anti-aging potions, lotions and notions on the market and in development add up to a very pretty penny. Maybe some of them actually work. Yet the biology behind aging, and how to slow its effects, has never been well understood.

Now, seven years of Israeli research have revealed that it may all come down to a specific gene called Sirtuin 6, or SIRT6 for short. They described their study in the February 22 online issue of the popular science journal Nature.

SIRT6 is one of seven sirtuin genes that encode a class of proteins found in every species from single-celled yeast to complex humans. For years, scientists had zeroed in on SIRT1. When they removed SIRT1 from yeast, worms and flies, these creatures aged faster and died sooner. When they transplanted a copy of SIRT1 into the three species instead, their life expectancy increased.

“People were mostly interested in SIRT1,” Cohen said. “So I thought it might be better for us as a new lab to work on something that is less crowded.”

His Bar-Ilan graduate student Yariv Kanfi spent more than five years breeding mice that would receive an extra dose of SIRT6. Most of the lab work was done in Bar-Ilan, the pathology at Hebrew University’s Hadassah Medical School and the bioinformatics by Ziv Bar-Joseph, an Israeli professor at Pennsylvania’s Carnegie Mellon University.

From mice to men

Cohen’s hunch proved to be a good one. His team demonstrated that extra SIRT6 increased survival rates in their male laboratory mice by as much as 15 percent above normal.

They’re not sure why it didn’t have a similar effect on the female mice, but since females of this strain tend to live 15% longer than males, the boost of SIRT6 may simply have allowed the guys to catch up with the girls.

“Females have different hormone levels that affect metabolism and lifespan,” explains Shoshana Naiman, a doctoral student from Chicago who joined the study four years ago. “SIRT6 perhaps caused the males to be a little more like the females. I’m now heading the project on researching the gender difference and exactly how the lifespan extension occurs, so we can try to transfer it to humans.”

Cohen tells ISRAEL21c that the team also wants to determine which body tissues are most critical to longevity by injecting SIRT6 selectively rather than generally. In addition, they’ll be searching for molecules than can mimic the effect the results in mice.

“If we want to translate this to human therapy, we must find molecules that activate the protein. Once we have that, we can go to clinical trials,” he says.

Even without yet understanding every piece of the puzzle, the results are quite significant, Naiman tells ISRAEL21c. “Nature is one of the top journals, and only 1% of total submissions get accepted. This was the first from Bar-Ilan in about 30 years.”

There may be a direct correlation between this new study and a 70-year-old scientific discovery that eating 30% fewer calories can prolong good health and life expectancy. Perhaps obesity deactivates the SIRT6 gene, while a frugal diet — or possibly a synthetic drug mimicking its effects — may activate it.

“We’ve made a huge evolutionary leap in the transition from yeast cells to mice,” said Cohen.

“We were the first to show that these sirtuin genes regulate lifespan in mammals. The research was conducted in laboratory animals under very sterile conditions. Is this what happens in nature? It’s not clear. The human SIRT6 gene is very similar to that in mice. It could be that drugs designed to activate the gene will have a positive impact on our ability to treat age-related diseases whose frequency increases in the elderly and in the physiological damage caused by obesity.”