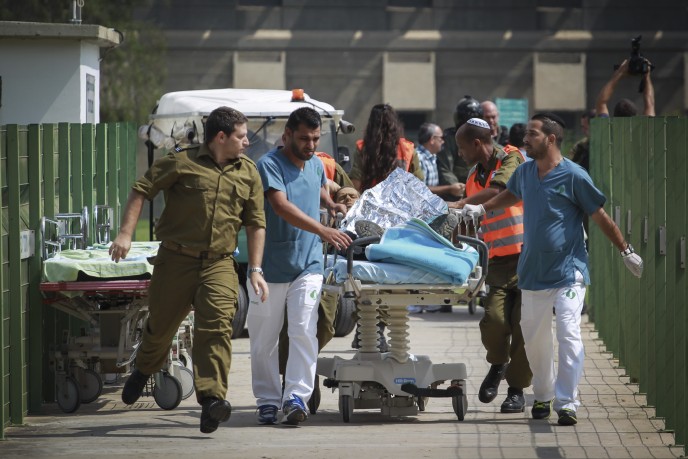 According to an Israel Radio report, two Hamas terrorists are being treated at Israeli hospitals following their capture after assaults on Israeli forces.

Sources described the teen as having been captured, unconscious, during a pre-dawn terror attack on July 21 carried out in Israel through one of Hamas’s cross-border tunnels reaching close to Kibbutz Nir Am. He was apparently part of one of two groups of infiltrators, dressed in stolen IDF uniforms, to emerge from the tunnel. The first group killed four Israeli soldiers approaching them in an army vehicle. The second group was fired upon and most of the terrorists were killed.

Nothing is yet known about the second Hamas terrorist reportedly being treated at Soroka. Hamas frequently sends young Gazan teenagers on suicide missions through the tunnels.

Both Barzilai and Soroka are treating many Israeli troops injured in the fighting. Hospital spokespeople deferred journalists’ inquiries regarding the alleged Hamas patients to the IDF. ISRAEL21c will update readers as more facts are confirmed.

UNCOVER ISRAEL - Get the ISRAEL21c
Weekly Edition free by email
Sign Up Now!
Bring Israel's story to life.
Millions of people around the world rely on us to gain a deeper understanding of Israel. We are the trusted source for original content you won't find anywhere else.
You can make a difference. Donate today to support journalism that brings Israel’s story alive.
SUPPORT ISRAEL21c
Read more on:   Operation Protective Edge, hamas, Humanitarian Aid, Social Action, Barzilai Medical Center, Coexistence, Gaza conflict