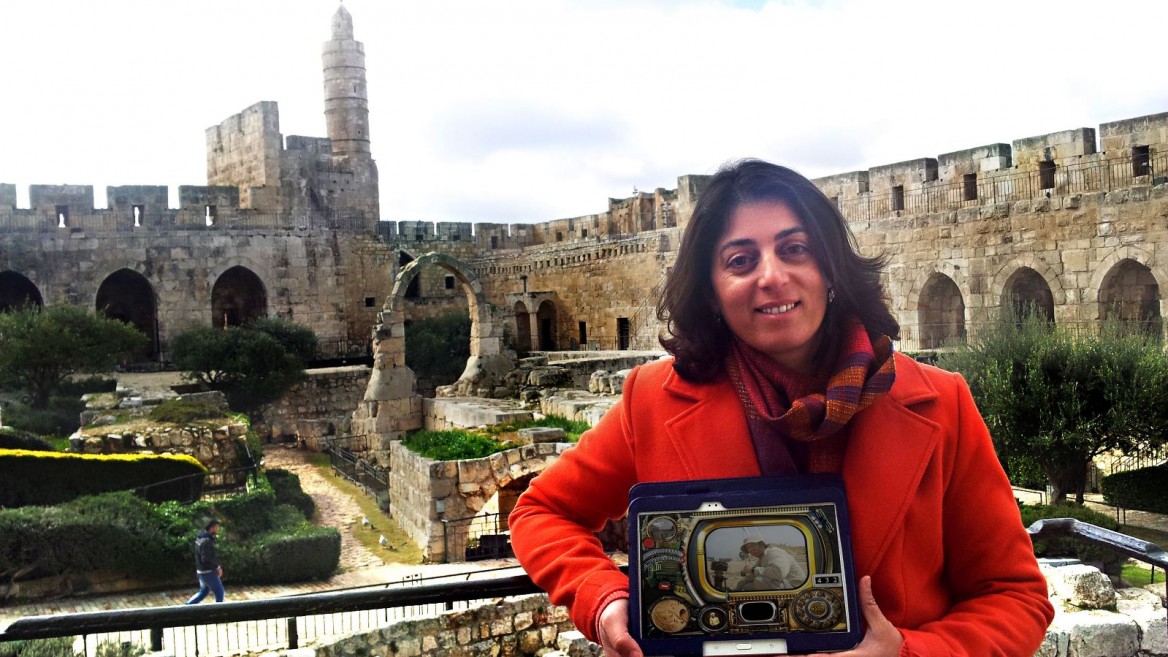 If you’d rather hit the snooze button than visit a museum displaying 3,000 years of Jerusalem history, the Tower of David Museum has eye-opening news for you.

This medieval citadel at the entrance to the Old City aims to knock your socks off with augmented reality, virtual reality, 3D animation, gaming, wearable technology and other high-tech wonders that have nothing in common with dusty artifacts under glass.

“People think history is boring, but here it comes alive with humor and information that is relevant today,” says Eilat Lieber, director of the Tower of David (TOD). “We want to surprise people and put them inside the story of Jerusalem, and we want other museums to come here and learn from our experience.”

To accomplish both goals, TOD will host the “Hacking the Walls” hackathon on April 7-8 (the first-ever museum-sponsored hackathon in Israel) followed by a national conference, “Museums in the Digital Age: Enhancing the Visitor Experience,” April 11.

“There’s no reason museums should lag behind innovation. We need to be the first to embrace technology to enhance the experience,” says TOD director of new media Eynat Sharon, also the national digital media consultant for the Israel Council of Museums.

Actually, the Tower of David has been on the cutting edge since it opened in 1989 to present the history of Jerusalem inside a historic Crusader fortress built around the ruins of Herod the Great’s first-century BCE palace. 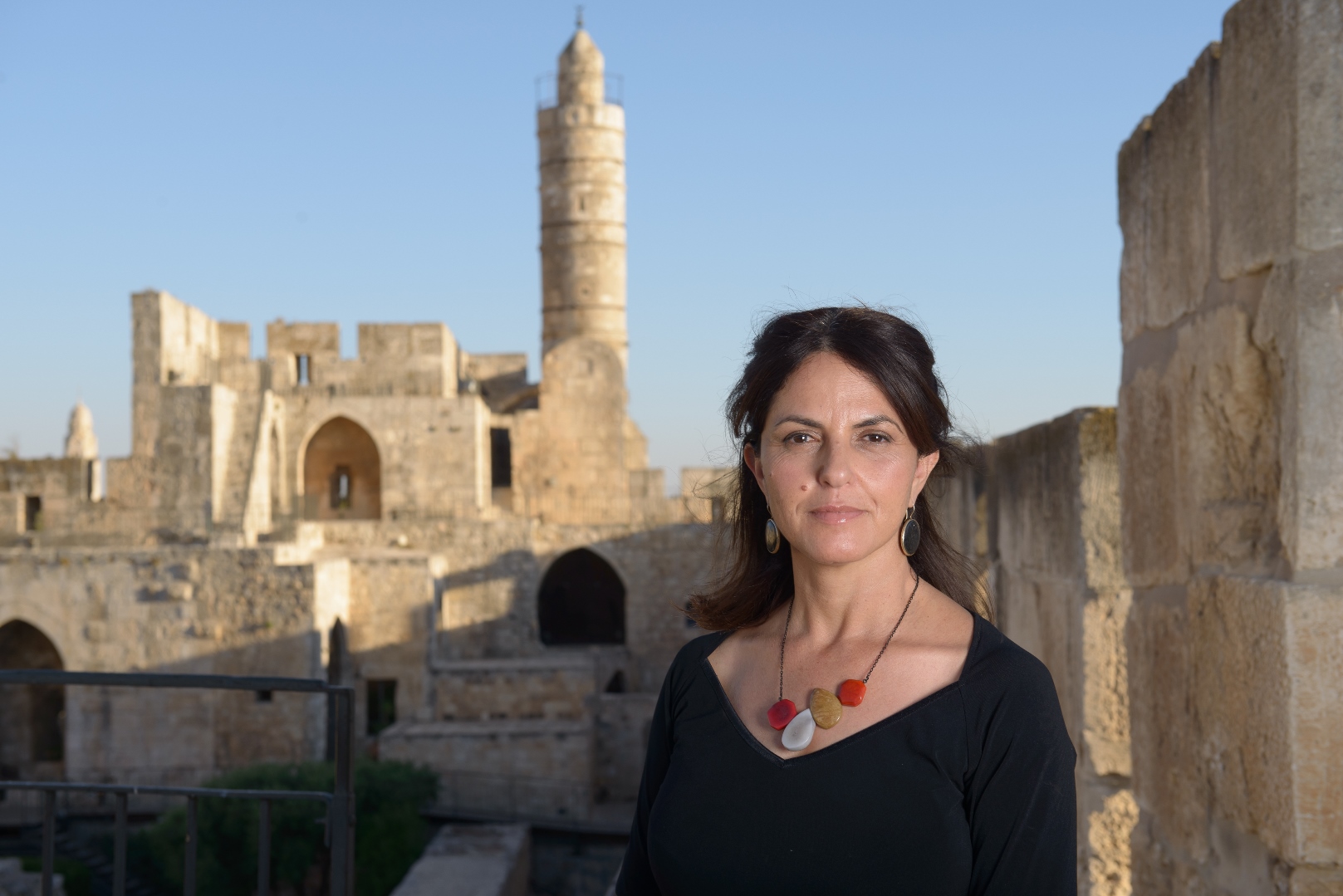 “We represented a new museology, using technology and design and illustration to tell 3,000 years of history,” Lieber tells ISRAEL21c. “But when I came here three and a half years ago, I knew we must renew and think about the younger audience.”

The TODigital mobile website, unveiled in January 2015, won a medal at the International Council of Museums technology conference in Budapest last November for its 360-degree audio virtual tour of Jerusalem from the top of the tower as well as inside the museum, available on any smartphone.

TODigital also introduced six multilingual products for actual visitors: AugmentiGuide by Enviewz, a touch-activated audiovisual mobile tour (designed by veterans of the IDF mapping corps) of 100-plus Jerusalem landmarks visible from the top of the tower; “Swipe the Citadel,” an AR iPad game teaching Jerusalem history with film, animation, puzzles and challenges; Quesity’s downloadable app that turns families with children ages 4-10 into detectives solving the mystery of who built the Tower of David; a 3D recreation of Herod’s palace and pools; enhanced QR-driven guided tours that enable visitors to view images and film from the archives on demand; and a QR-driven children’s museum treasure hunt. 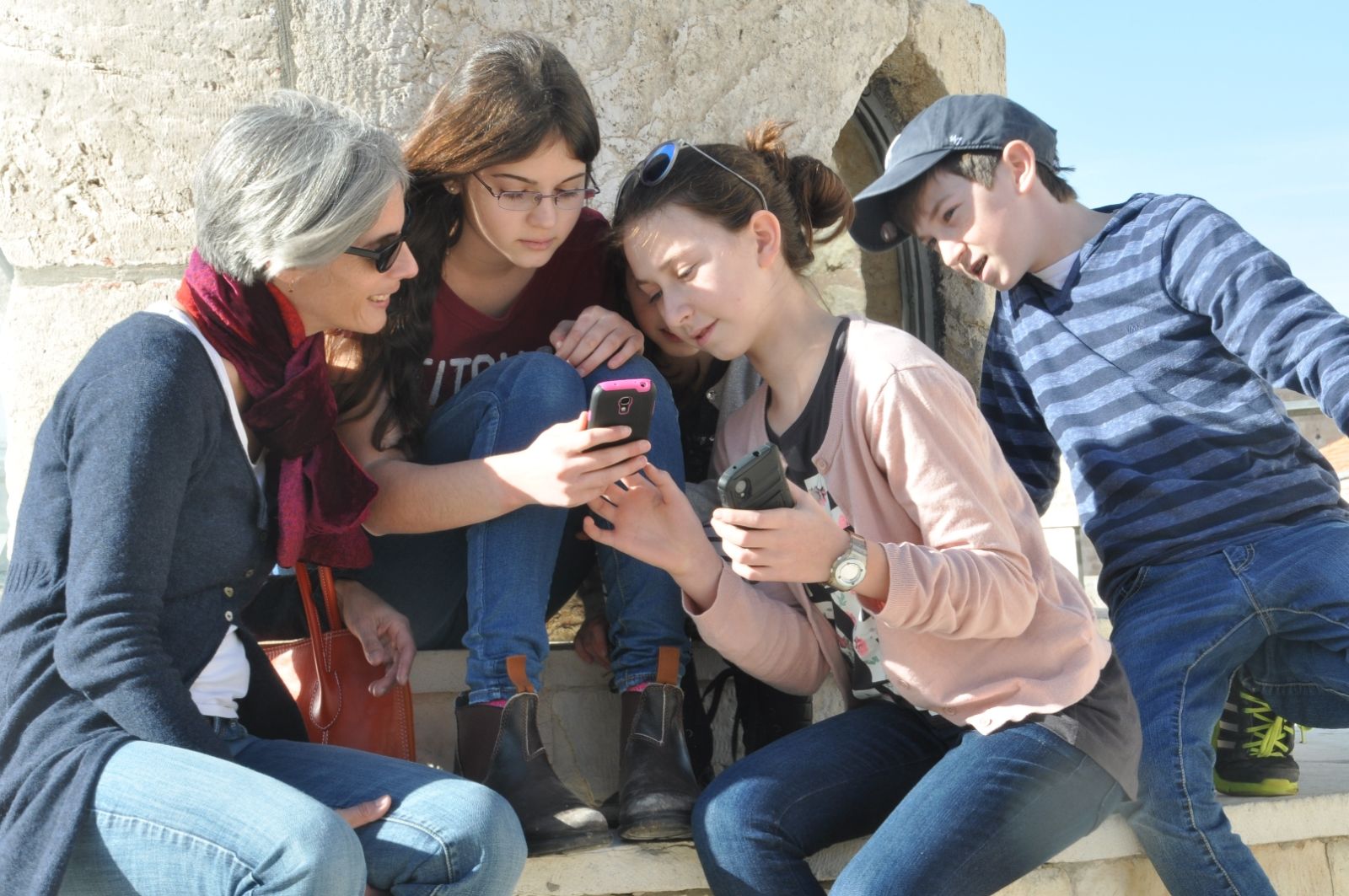 Visitors to the Tower of David Museum using the Quesity app. Photo by Naftali Halberstadt

The enthusiastic response to these enhancements, says Lieber, encouraged them to kick it up to the next level with the hackathon.

“The focus will be on bringing cutting-edge AR, VR and gaming to the ancient stones,” says Sharon. “VR and AR can put you in a totally different environment. For example, it can make the place look as it did in King David’s time and then you can jump to the Roman or Crusader period and see the place as it looked then.”

“People are meeting museums differently today. Before visiting, they go to the website and social media to learn about it. Once here, they have all sorts of experiences, and then they share those experiences through social media,” says Sharon.

“We cannot look only at the part when they’re here because the virtual world gives so many more opportunities to open our gates and go beyond our walls. Museums are a participatory experience today and the focus is the visitor and not the object anymore.”

“It is so Jerusalem to have a merging of the new and the old in a 2,000-year-old building,” Jnext Director Helen Wexler tells ISRAEL21c.

“Corporate partners are super excited about the hackathon because the focal point is very interesting and contemporary. It will not be the typical open space of a Tel Aviv hackathon.”

This also limits participation to 100 hackers, as the Crusader builders never imagined having to seat a larger number.

Jerusalem Film Fund Director Yoram Honig tells ISRAEL21c that he is promoting the hackathon to Jerusalem’s growing community of animation artists who are doing projects for studios such as Sony, Disney and Pixar.

“We want to make an Israeli ecosystem combining animation, gaming and VR,” he says, “and a hackathon like this could give it a jump-start.”

Epson will lend its second-gen Moverio BT200 smart glasses to hackathon participants and will donate a pair to the grand prize package. Epson senior management will help the winners further develop their app and business plan for Israel and Europe. 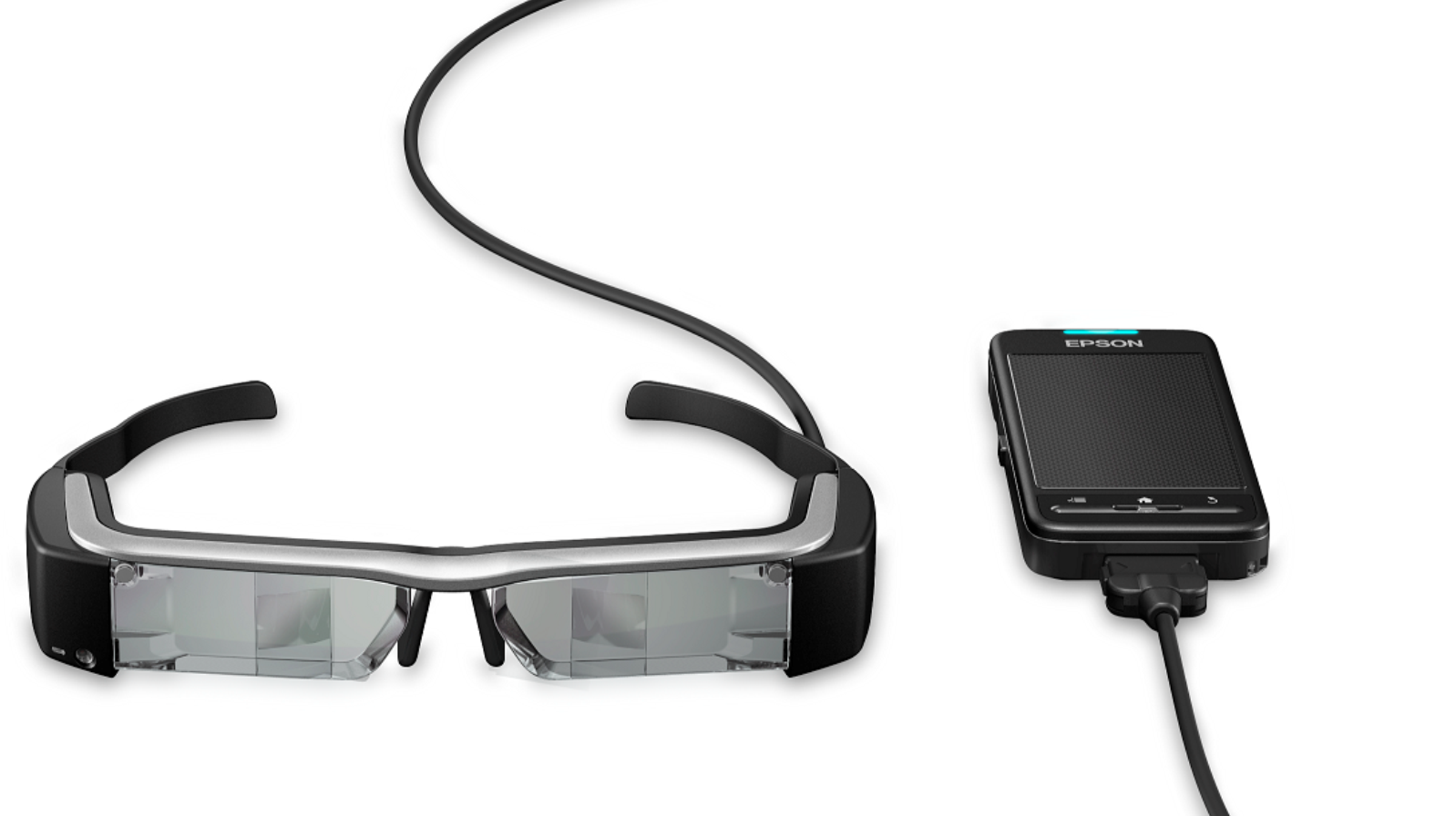 Winning teams also will win cash prizes, corporate benefits and presentation time at the Israel Council of Museums Conference and at Israel’s first Geek PicNic, April 25-27 in Jerusalem’s Sacher Park. They will get workspace in the future TOD Media Lab as well as a startup package from AtoBe Accelerator.

“We will send a senior product manager from France as a mentor to the hackers,” Inbar Einy of the Epson Europe BV Israel Office tells ISRAEL21c. “We want them to help us enrich visitor experiences in museums, to use AR abilities to bring stories to life and make people feel they are living inside history.”

The Forbes 30 Under 30 Summit is holding a gala event at TOD on April 6, and some of the participants will return to mentor the hackers the following day. Mentors may also be on hand from the Hebrew University of Jerusalem and Bezalel Academy of Art and Design.

“When we heard about the opportunity to be part of such an amazing icon of Jerusalem mixed with engineering and technology, we were very excited,” he tells ISRAEL21c. “Being in a museum is all about telling a story and what an amazing story we have in this place. To be able to tell it to little kids and grownups in a whole different way will be like these 2,000-year-old walls speaking to us.”

Applicants, reflecting the religious and cultural diversity of the capital city, are being chosen based on their potential ability to create a sophisticated app in the 30 hours of the hackathon.

“We’re talking about a very high level of software, imaging and devices, and we need the tech support of our partners, including Microsoft Ventures,” Mizrahi says.

WakingApp will let participants use ENTiTi Creator, its cloud-based platform for creating interactive VR and AR content, without coding, for immediate viewing on mobile devices and smart glasses.

London-based gaming startup Gamar, which created a VR game for the British Museum based on image recognition, may do demos at the hackathon and at the Enhancing the Visitor Experience conference a few days later, where Israeli museum directors, educational directors and new-media developers will explore and share ideas on gamification, human computer interaction, wearable technologies and software development. Keynote speaker is Martijn Pronk, digital expert from the Rijksmuseum in Amsterdam.

“It’s our vision to lead in the digital field and in connections between museums in Israel,” says Sharon.