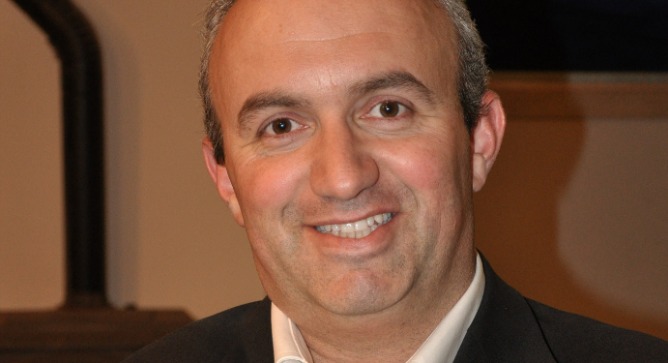 GreenSoil is a young venture fund from Israel that hopes to combine the best food and agro technology and innovators that Israel has to offer.

The VC’s founders claim they can offer a special insider’s eye on Israeli food technologies. And history has proven that the country can be a forerunner in this emerging industry.

“If you look at Israeli success stories in agro technology, there are Netafim [drip irrigation] and [seed companies] Zeraim Gedera, Hazera Genetics and Hishtil,” says Gideon Soesman, a co-founder and managing partner of GreenSoil.

“You see these success stories from Israel, yet no one has really focused on that area. There is a wide gap in the market; there is a global need and Israel has an answer but there were no funds going there. We want to help the world and help Israel while offering a business opportunity. It’s a no-brainer,” he says.

Soesman is originally from Holland. His partner, Allen Greenberg, resides in Canada. Together with their team of four, they scour the Israeli landscape looking for food technology companies that are market-ready but lack enough capital to hit the global pavement running.

Founded in 2011, the firm has already closed one fund of $12 million and is now calling on investors with at least a quarter of a million dollars to join their second round, which will cap at $16 million.

How to produce more with less

“We are the only fund in Israel focused on agro and food, and I think the rationale behind it is quite simple,” says Soesman. “The world has a problem –– there are several billion people on it who need to eat, but there is not enough food. We need to make more with fewer resources. To make that happen, you need technologies.”

The companies that GreenSoil will invest in have been handpicked from a pool of more than 150 in Israel, so that investors will know where their cash is going. These companies produce unique foodstuffs, food additives, seeds, irrigation equipment and agricultural management systems. They’re early-growth-stage, with revenues or close to first revenues.

Most of the investors to date come from Canada, the Netherlands and the United States. Some 80 percent of investors in the venture firm’s first round have decided to join the second round, Soesman points out.

“Our goal is to find and invest in the companies that push technological boundaries and will help the world to produce more with less,” says Greenberg.

Investing in roots and grapes

Two of the companies in the GreenSoil portfolio have barely gotten media attention but already have products: Rootility, which is in stealth mode, works to breed plants with better root systems to be stress tolerant, while output is optimized.

Fruitura has developed a lab-based system to produce naturally occurring neutraceuticals to industrial levels. Its first product is based on grapes.

With Israel’s back-to-the-land mission from its early pioneer days, and a government-backed research organization called the Volcani Institute, which does genetic cross-breeding for increased drought and pest tolerance, Israel is well poised to be a leader in this area.

Those in the field already know what Israel has to offer, and thousands of internationals flock to Israel annually to take advantage of its agricultural expos and conferences. Thousands more come from developing nations to learn with a spade and plough just how Israel has taken back a land filled with swamps and malaria at the beginning of the last century to one that now produces enough food to have a thriving export industry.

GreenSoil joins the green-tech investment landscape in Israel with three other VCs, the largest one being Israel Cleantech Ventures. AquAgro predominantly invests in water technologies, while Terra Venture Partners is fueling enterprises in wind and water-saving taps, for instance.

What sets GreenSoil apart from the others, the founders say, is an unwavering decision to fund and support food and agricultural technologies only.

UNCOVER ISRAEL - Get the ISRAEL21c
Weekly Edition free by email
Sign Up Now!
Bring Israel's story to life.
Millions of people around the world rely on us to gain a deeper understanding of Israel. We are the trusted source for original content you won't find anywhere else.
You can make a difference. Donate today to support journalism that brings Israel’s story alive.
SUPPORT ISRAEL21c
Read more on:   Gideon Soesman, Greensoil Investments, Environment, Agritech, Israeli food and drink