Archeologists have discovered a 15th century graffiti inscription thought to be by one of Switzerland’s most admired medieval military figures, on a wall in the King David Tomb complex on Mount Zion in Jerusalem.

Adrian von Bubenberg, a knight who won a famous victory at the Battle of Murten in 1476, came on pilgrimage to the Holy Land in 1466 and on his visit either he or his son – also called Adrian – left a charcoal inscription of his name and family emblem on a wall in Jerusalem.

The archeologists from the Israel Antiquities Authority (IAA) discovered the inscription while carrying out an archeological survey on Mount Zion to document ancient graffiti by Moslem and Christian pilgrims to Jerusalem.

So far they have revealed more than 40 inscriptions in different languages, as well as the family emblems of medieval knights.

“In the Mamluk period, between 1332–1551, the building complex adjacent to the traditional Tomb of King David, was owned by the Monks of the Franciscan Catholic Order” said Michael Chernin and Shai Halevi of the Israel Antiquities Authority, who lead the project.

“The building served as a monastery and a hostel for the western pilgrims, who left their mark on the walls.”

IAA archeologists used multispectral photography to decipher inscriptions that have faded or been erased over the years. The technology was originally developed for research of the Judean desert scrolls.

Von Bubenberg, who is considered a national hero in Switzerland, was born to a noble family in 1424, and after long service as the mayor of Bern, gained fame in 1476 when he led the Swiss Confederate army to victory against Charles the Bold, Duke of Burgundy, in the Battle of Murten.

Following the battle, which was against one of the strongest armies in Europe, the Swiss soldiers gained prestige as fierce fighters. This reputation enabled Switzerland to maintain their independence amongst larger and aggressive neighboring states until modern times.

After his death in 1479, and in gratitude for his protection of Bern and Switzerland, von Bubenberg was buried in a place of honor in the Cathedral of Bern.  A statue of him still adorns one of the central squares of Bern, and many streets in Swiss cities are named after him. 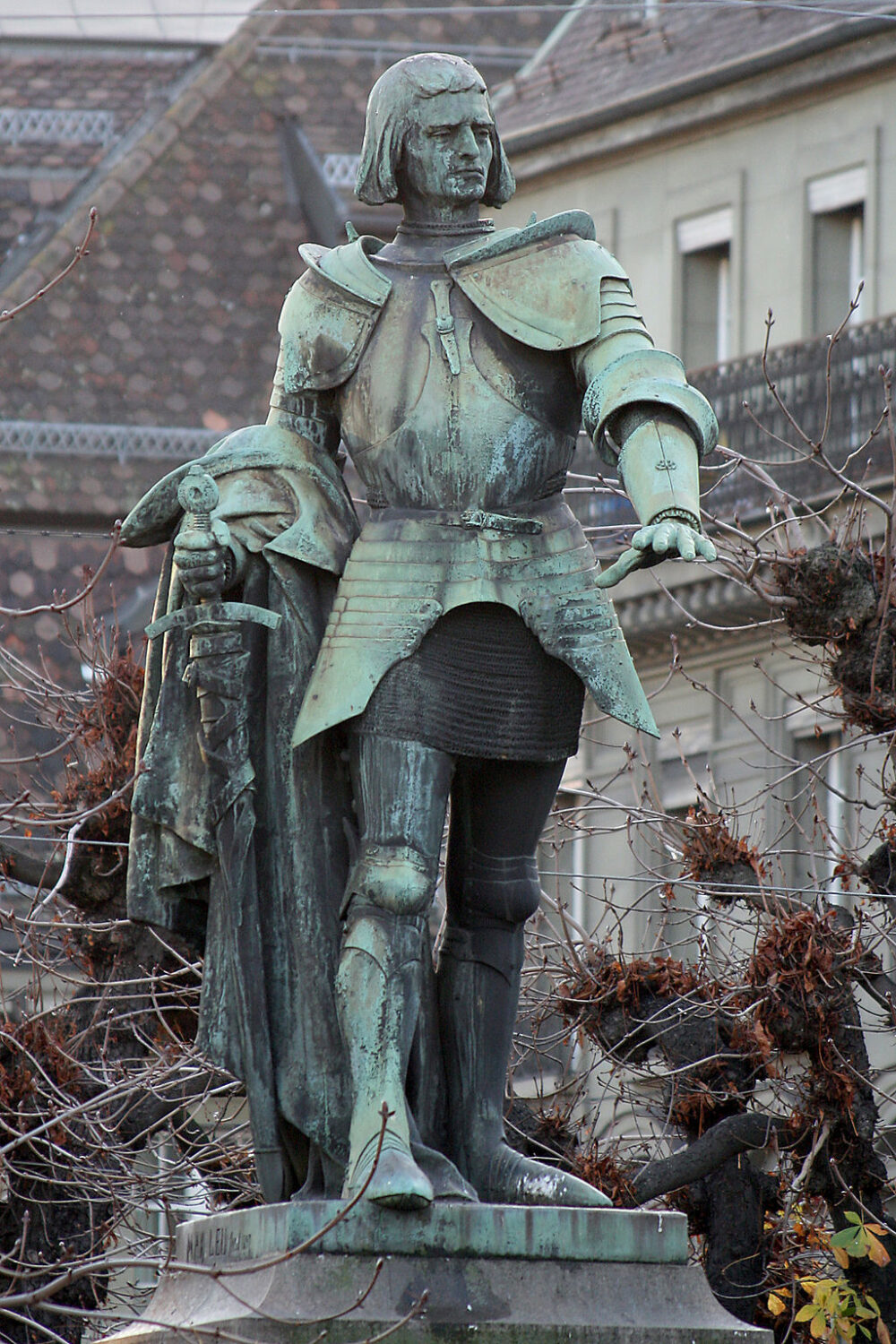 The statue of Adrian von Bubenberg in Bern. Photo by Mike Lehmann via Wikimedia Commons

The IAA acknowledged that it is not possible to determine whether it was the father or son who left the inscription, as both visited Jerusalem, but said the finding provides direct evidence of the connection between medieval Switzerland and Jerusalem.

“The research carried out in Jerusalem embraces religions and cultures worldwide,” said Eli Escusido, Director of the IAA.

“Believers, pilgrims and visitors seeking to make contact with sanctified Jerusalem, left traces that the Israel Antiquities Authority researchers reveal and record on a daily basis. All these remains contribute to the fascinating picture,” he added.

The research results were presented today at a joint conference by the Israel Antiquities Authority, the Hebrew University and Tel Aviv University.