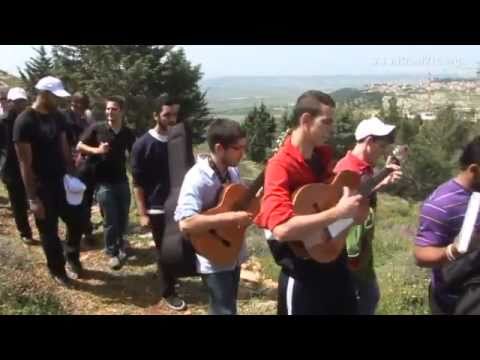 Israel’s Ministry of Tourism has officially launched the Gospel Trail — a modular trail that follows the paths that Jesus is believed to have taken when he left Nazareth, the home of his childhood, for Capernaum on the northwestern shore of the Sea of Galilee, which became the center of his ministry.

Bike, horseback, walk or drive along the 62-kilometer trail, which begins at Mount Precipice near Nazareth and ends at Kfar Nahum.

The Gospel Trail is expected to attract 200,000 tourists over the next two years.

“Christian tourism is both significant and central to the incoming tourism industry in Israel. The Gospel Trail enhances the spiritual experience for every tourist and traveler in Israel, and especially for the Christian community. It is a real honor to invite the entire Christian world to follow in the footsteps of Jesus and to walk in the same places where he walked,” said Minister of Tourism Stas Misezhnikov.

The ministry and Jewish National Fund invested some $84,000 in developing the trail’s infrastructure.