Startup spaces in Tel Aviv are getting to be a dime a dozen, but the prime minister doesn’t attend the opening of every single one.

The Israeli premier was, however, on hand at the December 2012 ribbon-cutting for Google’s Campus Tel Aviv, a one-floor shared work environment available to Israeli startups, developers and entrepreneurs at no charge.

Campus TLV, like Campus London opened nine months previously, is a part of the Google for Entrepreneurs program to foster global entrepreneurship and innovation. It offers access to Google’s devices and experts, as well as workshops and events for the local tech community.

This is the newest pin on the map of Google facilities in Israel, according to Google Israel Communications Director Paul Solomon.

Another 80 employees churn out new products and technologies at Google’s Haifa R&D lab. “We also have a business operation here working with advertisers in Israel, Europe and Africa to build online businesses,” says Solomon. 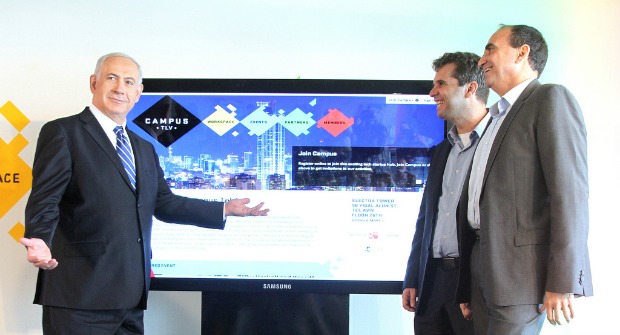 Google Israel personnel have taken the lead in cultural preservation projects, such as digitizing historical archives of Yad Vashem Holocaust Memorial and the Dead Sea Scrolls.

Campus TLV is another community-minded move for the California-based multinational corporation.

“We’re not looking for acquisitions or talent,” Solomon tells ISRAEL21c. “If it were simply about acquisitions, we wouldn’t need to build Campus Tel Aviv. It’s about contributing toward future Israeli tech innovation and helping Israel maintain its reputation as a startup nation, and in doing so, making web and mobile space even better.”

Google began as a startup in a garage, Solomon adds, and in many ways remains a startup at heart.

“Entrepreneurship is very much in our DNA and we want to help the next generation to be successful. There is tremendous expertise here in Israel. Our goal is filling gaps in knowledge in a number of places.”

To distinguish the new venture from neighboring projects such as TechLoft, Hub TLV, The Library and The Junction Solomon is unequivocal about what Campus TLV is not.

“There are many incubator and accelerator programs here, and it’s not another one,” he says, “though we do work with existing ones.” 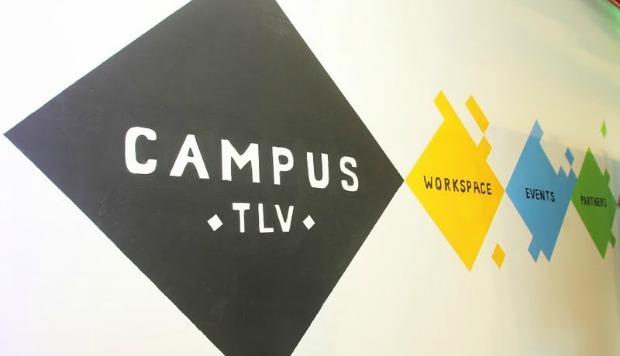 In fact, part of the program is a two-week Launchpad pre-accelerator program for very early-stage startups that come through Campus TLV partner incubators, developer hubs and academic institutions.

In boot-camp style, Launchpad covers user interface, product strategy and technology, marketing, business development and analytic tools. The first participants are supported by UpWest Labs, The Junction and the Tel Aviv Angel Group. Up to 100 startups per year are expected to pass through.

“We recognize the huge talent that has made Israel the world’s second-largest center of tech startups after Silicon Valley,” said Yossi Matias, managing director of Google’s R&D Center.

“Our continuing investment and expansion in Israel are a testimony to the unique talent here, and we’re committed to helping increase even more the contribution of the Internet to the Israeli economy and society,” added Meir Brand, managing director for Google Israel, Africa and Greece.

As for Prime Minister Netanyahu, he termed the opening of Campus TLV “pure joy.”

“The world is flying fast and we’re leading the way,” he said.

By the way, Google’s physical facility is also leading the way, ecologically speaking. The eight-floor office has applied for LEED Platinum certification for its cutting-edge sustainability practices including energy conservation.