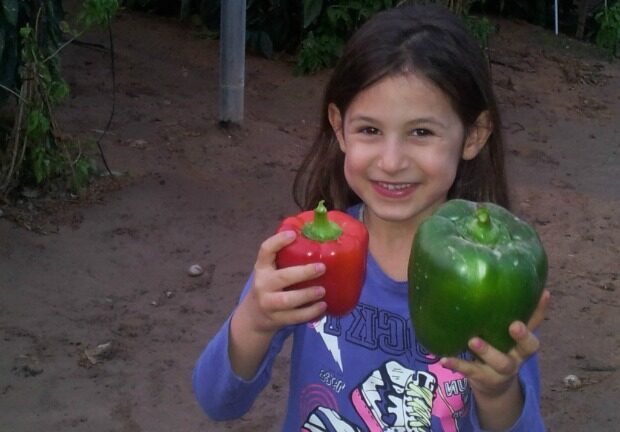 The children of Moshav Ein Yahav gave the nickname “Godzilla” to a locally raised gargantuan green pepper – but it’s no joke, because the giant vegetable grown by the agricultural village’s produce company Yofi Shel Yerakot (Beauty of Vegetables) is getting a place of honor in the Guinness World Records registry. 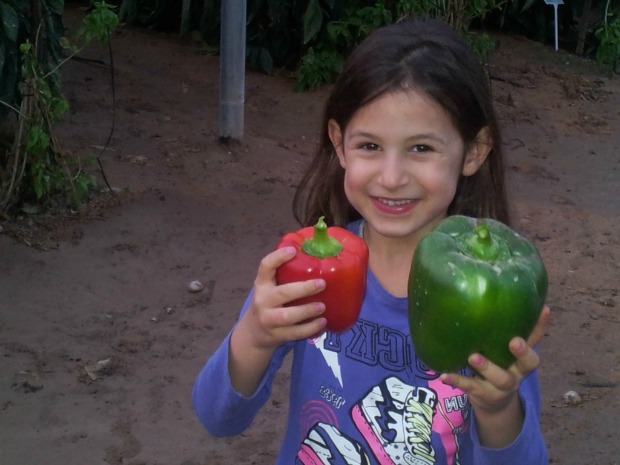 According to CEO Daniel Lev, Godzilla grew to weigh half a kilo (more than a pound) thanks to optimum growing conditions in Israel’s Arava Desert. It came to the attention of packing-house workers because it was too large to pass through the slots of the sorting mechanism on its way to be boxed for market.

Ein Yahav grows its 34,000 tons of peppers, watermelons, melons, tomatoes and other vegetables in protected greenhouses, net houses and tunnels. Half are exported to Europe and the United States, while the rest are sold domestically.

The water pumped in to irrigate the crops is relatively salty, which Lev says contributes to the quality and flavor. The growers use biological pest control to reduce the use of pesticides, and leave the soil fallow for one month each year in order to prevent any diseases from infecting the next season’s bounty.

Godzilla was duly weighed, measured and documented via photo and video in keeping with Guinness standards. Though it could have provided a lot of Israeli salad for the moshavniks, it has been kept in a place of honor in Yofi Shel Yerakot’s main office so that admirers can come and see it while still fresh from the field.

UNCOVER ISRAEL - Get the ISRAEL21c
Weekly Edition free by email
Sign Up Now!
Bring Israel's story to life.
Millions of people around the world rely on us to gain a deeper understanding of Israel. We are the trusted source for original content you won't find anywhere else.
You can make a difference. Donate today to support journalism that brings Israel’s story alive.
SUPPORT ISRAEL21c
Read more on:   News, farming, Agriculture