Israeli-designed GrainPro Cocoons provide a surprisingly simple and cheap way for African and Asian farmers to keep their grain market-fresh. 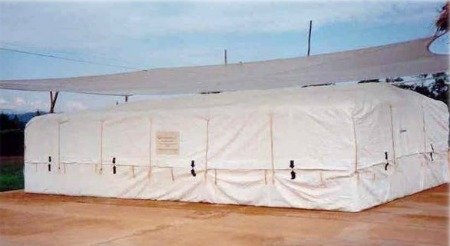 The cocoon in action.

When the ancient Israelite Joseph told Egypt’s Pharaoh that there would be a seven-year famine, he also implemented a plan to store the season’s provisions during the preceding seven years of plenty so the food would last through the hard years.

Israel’s modern-day Joseph looks like he could be your grandfather. Prof. Shlomo Navarro has developed decades worth of patents to protect food crops from pesticides and pests.

His simple but effective solutions can help communities and countries avert large damages to their stores of cereals and pulses, without using chemicals. With his Cocoon storage bags, Navarro assumes he is applying the same basic scientific principles as biblical Joseph did.

The bags, which keep the water and air out, are now being marketed by a US company called GrainPro as GrainPro Cocoons. You can find them all over the developed world, including Africa and the Far East, and even in countries that have no diplomatic ties to Israel, such as Pakistan.

Developed through the US-Israel Science and Technology Foundation in the 1980s, the Cocoon was at first marketed by a kibbutz specializing in plastics. Navarro, formerly a principal scientist in the Department of Food Science of the Volcani Center-Israel Agricultural Research Organization in Beit Dagan, now works as an international consultant in food technology.

As much as 50 percent of every grain harvest and 100% of every pulse harvest is lost to pests and mold, Navarro tells ISRAEL21c. Subsistence farmers in developing countries, who consume a large part of what they produce, tend to store their crops in primitive baskets or bags, which are not effective in keeping hungry bugs and micro-contaminants out.

“We are trying to help them save crops for the near future, not 50 years later. But perhaps our solution can help educate people too,” he says.

“People put their crops in baskets assuming that nothing will happen. They come to the market with them and see a large part is consumed by insects or mold. There are many losses; the 50 percent figure is a normal loss for cereal and pulses. And when the insects enter, they make it unfit for human consumption.”

In Israel, the problem has another dimension. Since Jewish law prohibits eating insects, farmers are eager to bring their produce to market as bug-free as possible, but without harmful pesticides. 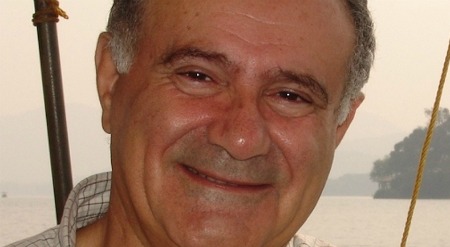 Navarro’s Cocoons are good for humid and hot climates where farmers have the toughest time storing grains, he says. “The system of hermetic storage is a very simple method assuming the farmer is able to dry the commodity immediately and then put it inside the cocoon and protect it from mold developing.”

Inside, without air, no animal form will live — even if eggs are deposited with the grains.

From an environmental point of view, producing food with high losses is extremely wasteful and carbon intensive as well. Adding volatile chemical compounds to the problem doesn’t make sense. They are expensive and they can have disastrous health consequences for people eating the produce and living near the growing fields.

The straightforward, cost-effective solution developed by Navarro more than two decades ago gives farmers crop security with no harmful side effects. Provided that the harvest is dried properly before getting hermetically sealed in the large storage bags, it’s safe for the future in extreme conditions aside from massive flooding or hurricanes.

And now in Kenya, when individual farmers do not have enough crops to fill their own Cocoons, they can bring their grain to a seed bank to be stored together with their neighbors’ crops in a collective Cocoon. When they need them, the contributors get their grain returned to them intact.

This is one of many projects that GrainPro has developed, with the help of Navarro’s Cocoon.

Joseph would be proud.