One of the opening dishes in the 19-course degustation menu served at Tel Aviv’s OCD restaurant – recently voted third out of 50 restaurants in the Middle East by the Best Restaurant Academy – is a cucumber tartelette filled with grouper tartare, smoked aioli sauce and garnished with slivers of crimson fried… seaweed! 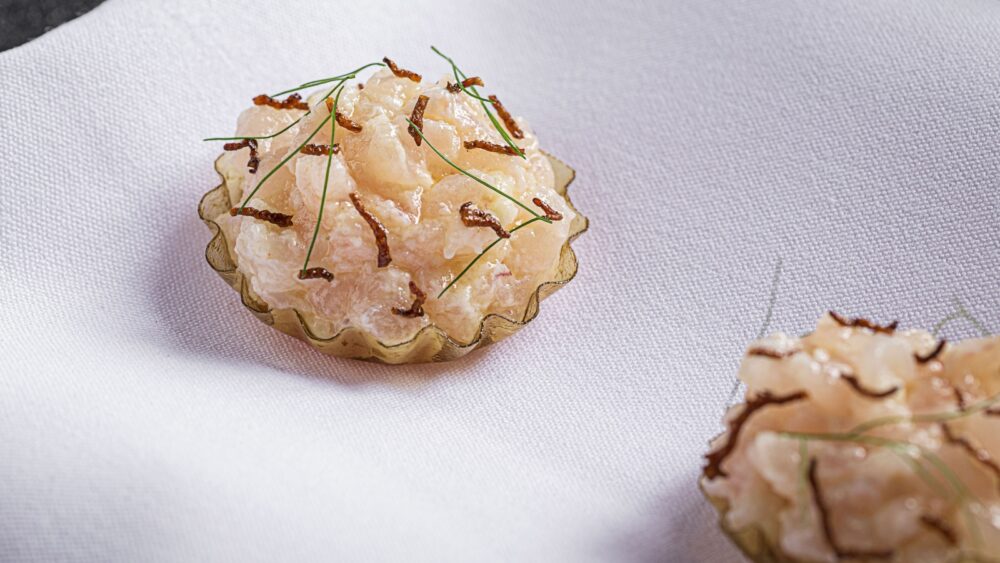 The garnish on these cucumber tartelettes at OCD in Tel Aviv is fried Gracilaria seaweed. Photo by Haim Yosef

The seaweed wasn’t flown in from Japan, but came from Michmoret, 40 kilometers (25 miles) to the north.

Neither did the seaweed originate in the sea as you would presume. It’s the product of an Israeli company, which developed unique technology for land-based seaweed farming.

At its farm near the Mediterranean coastline, Seakura grows organic seaweed in pools with water pumped in from a deep-sea well, filtered to remove pollutants including heavy metals.

The growing pools are divided into three sections, or what CEO Haim Oz calls “the baby house, children’s house and adults.” 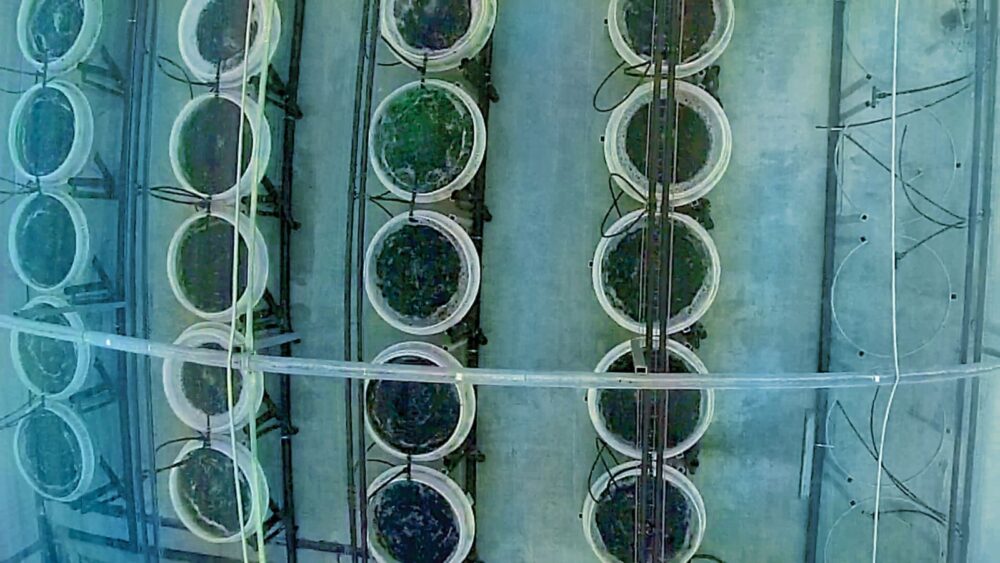 Through regulating the temperature of the water and exposure to light, the seaweed yield is maximized and constant year-round, unlike the wild variety which is seasonal and subject to environmental conditions that negatively affect growth and quality.

In a world battling food shortages for a global population nearing 8 billion people and desperately seeking environmentally friendly sources, seaweed seems promising — although it’s yet to catch on as other superfoods have, even for those on a popular high-protein diet.

People haven’t discovered that when it comes to protein, seaweed beats the usual sources on our plates.

Out of thousands of seaweed species, Seakura chose only two: Ulva (also known as sea lettuce), a leafy green variety resembling the seaweed we are more familiar with; and Gracilaria, which is a deep reddish color and has delicate fronds. 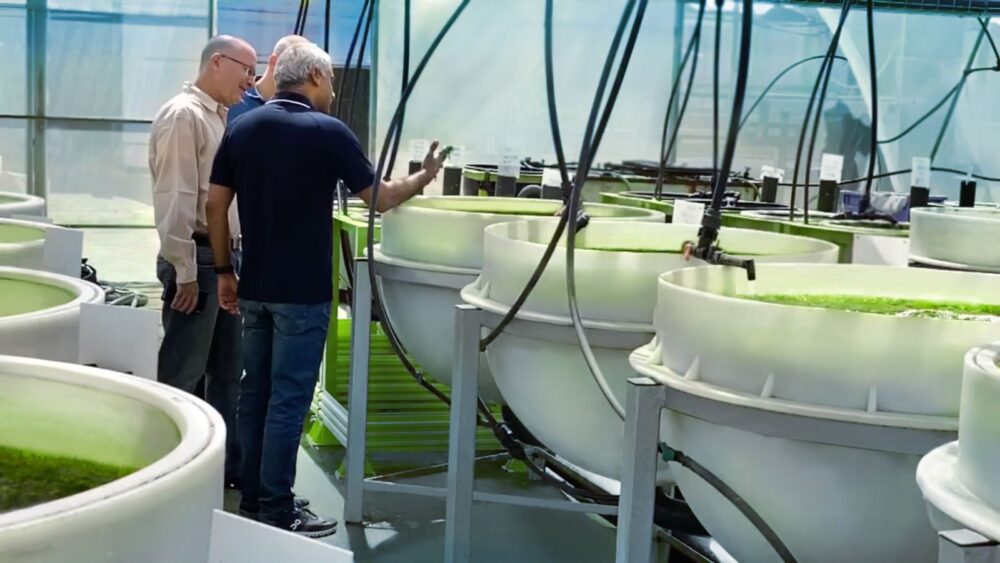 The company then carried out genetic selection to ensure the optimum amount of proteins, minerals and vitamins.

Seaweed can also compete, and often beat, other superfoods such as kale, chia and spirulina for its dietary fiber, magnesium, calcium and most notably its higher iodine content. Iodine deficiency is the most worrisome as it accounts for one of the major nutritional deficiencies in the world today and can lead to serious health issues such as goiter and pregnancy-related problems.

On a tour of the farm I sampled the green leafy sea lettuce straight out of its seawater pool with jacuzzi like bubbles.

While its umami flavor was tasty, the saltiness remained for a good few hours and I couldn’t imagine eating mounds of it. For those who want to substantially increase their iodine intake, the Seakura line of supplements would probably be preferable.

In Italy, Seakura supplies the established frozen food manufacturing company Rispo with fresh seaweed. Rispo recently added a deep-frozen pancake ball with seaweed to its assorted range of savory frittelle. The packaging suggests serving the balls with an aperitif or as a party food. 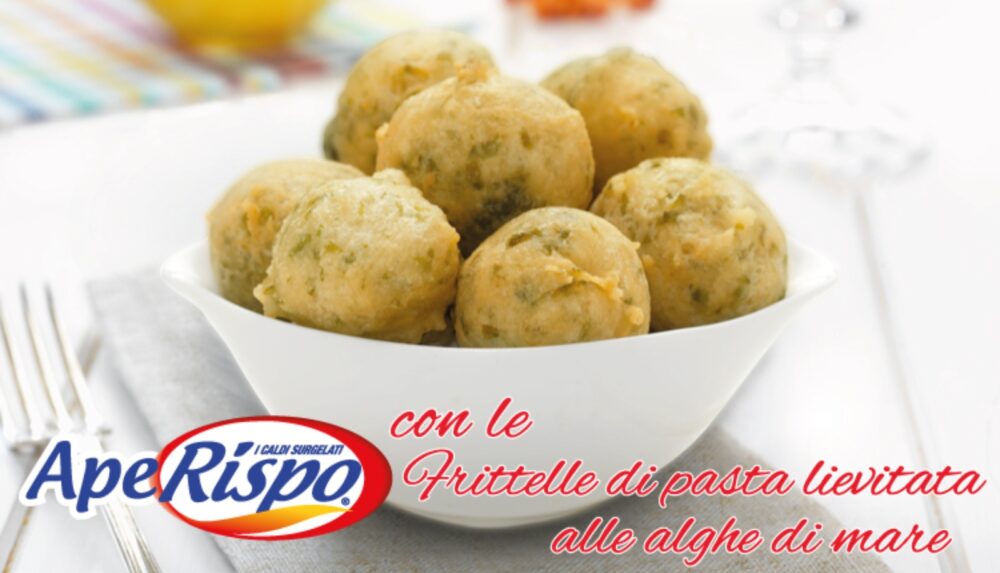 Overall exports to Europe have grown dramatically in the last few years, Oz tells ISRAEL21c, from 34 to 100 tons a year.

Putting seaweed on our plates

So why do seaweed products not line our supermarket shelves in Israel?

“We are in touch with all the top chefs in Israel who love our freshly picked product. In Asia it’s part of their diet. But to the rest of the world, Israel included, seaweed has been an unfamiliar and exotic food,” Oz explains.

“People used to say they think of it as the annoying thing that sticks to your legs on the beach, not something to eat. Now they are realizing how healthy and tasty it is.”

Despite these challenges, Seakura aims to “put seaweed on the plate of every fifth Israeli and not just as sushi.”

On the day I visited the farm, a delegation from the UAE was sitting down to eat a brunch laden with dishes made from seaweed: seaweed pesto with seaweed crackers, lima bean and seaweed salad, steamed eggplant in a peanut sesame sauce with seaweed garnish and a healthful apple, celery and seaweed shake.

Perhaps our plates will look the same in the not-too-distant future.