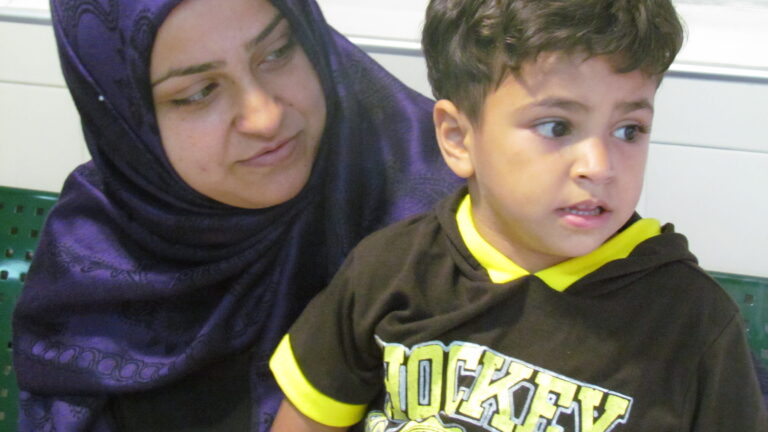 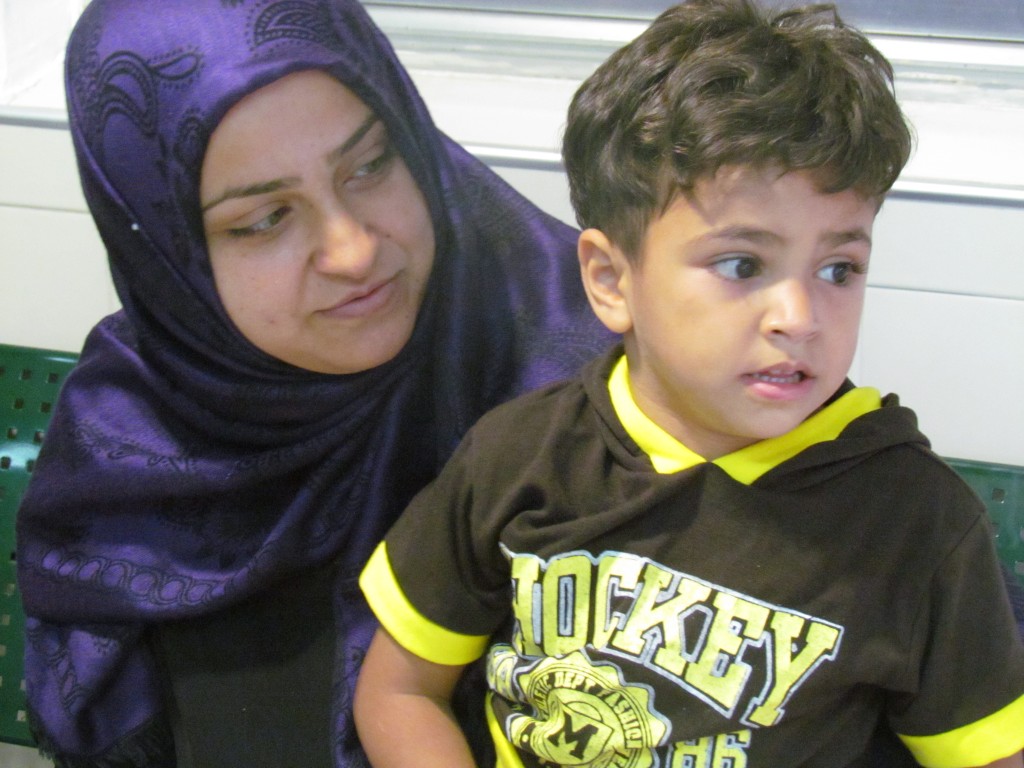 Marwan , a four-year-old from Gaza receives treatment at Wolfson Medical Center.
As missiles rained down on a growing number of Israeli communities this morning and Israel launched a major operation against Gaza, four young children from Gaza were making their way to Holon for lifesaving heart treatment.

Despite threats by Hamas to attack Tel Aviv with rocket-fire, volunteer doctors at the Israeli non-profit organization Save a Child’s Heart (SACH), worked to bring the four children – all under the age of five – to Wolfson Medical Center on the outskirts of Tel Aviv for vital treatment.

The patients, who reached Israel via the Erez Crossing, were two-year-olds Bana from Elromel and Remas from Jabaliya, one-year-old Osaid from Khan Yunis and Marwan , a four-year-old from Elshatai.

The children are attending the regular free cardiology clinic that SACH holds every Tuesday for patients from Gaza and the West Bank. The clinic is held even during the worst times of tension and conflict, and continued to operate as usual during vicious fighting between Gaza and Israel in November 2012.

Also at the clinic, recovering from heart surgery are four babies from the West Bank, Gaza, Iraq and Syria. The children are three-month-old Lamar, and one-month-olds Talia, Abdulrahman, and Mear.

“These children are not our enemies. Look, even today, they came and we are here and we are not letting the conflict interfere with our work,” Dr. Akiva Tamir, SACH chief cardiologist and head of the weekly clinic for Palestinian children told ISRAEL21c.

“Even the pretzel man who comes to Wolfson every day came especially to my clinic today to give us pretzels for the children coming from Gaza” he added. “His children are in protected rooms, he is here handing pretzels to Palestinian children.”

In the last month alone, the lives of seven Palestinian children have been saved by doctors at SACH.

UNCOVER ISRAEL - Get the ISRAEL21c
Weekly Edition free by email
Sign Up Now!
Bring Israel's story to life.
Millions of people around the world rely on us to gain a deeper understanding of Israel. We are the trusted source for original content you won't find anywhere else.
You can make a difference. Donate today to support journalism that brings Israel’s story alive.
SUPPORT ISRAEL21c
Read more on:   News, Gaza, Save a child's Heart, SACH