No office, study or kitchen used to be without a printed calendar hanging on the wall or perched on a desk (not to mention the raunchy ones pinned up in greasy auto repair garages).

Some years they stayed in place well beyond their expiration date so we could continue to enjoy the cute kittens, colorful flowers or reproductions of famous art often chosen as a theme.

Then came the digital age and a calendar was something to be scrolled through on phones, computers and tablets. Sadly it seemed that printed calendars had become as obsolete as developing photographs from camera film.

Not so, according to Ilana Stein, creator of A Year in the Garden, a lovingly hand-drawn calendar providing a detailed monthly guide to home gardening in Israel. Stein acknowledges how digital has taken over so many aspects of our lives, but says the popularity of her calendar, now in its seventh year, lies in people searching for connection “to nature or the cycle of life or simply to what’s outside their window.”

The calendar fulfills this wish, she explains, as what you read about in a particular month is in season at that very time.

Stein, who is a Bezalel Academy graduate in illustration and graphic design, points out the beauty of doing a Jewish calendar where the months follow the natural cycle.

“Autumn officially starts on September 21 and this is our first month of the year in Israel. The Gregorian calendar starts in January and is not connected to nature in any way.” 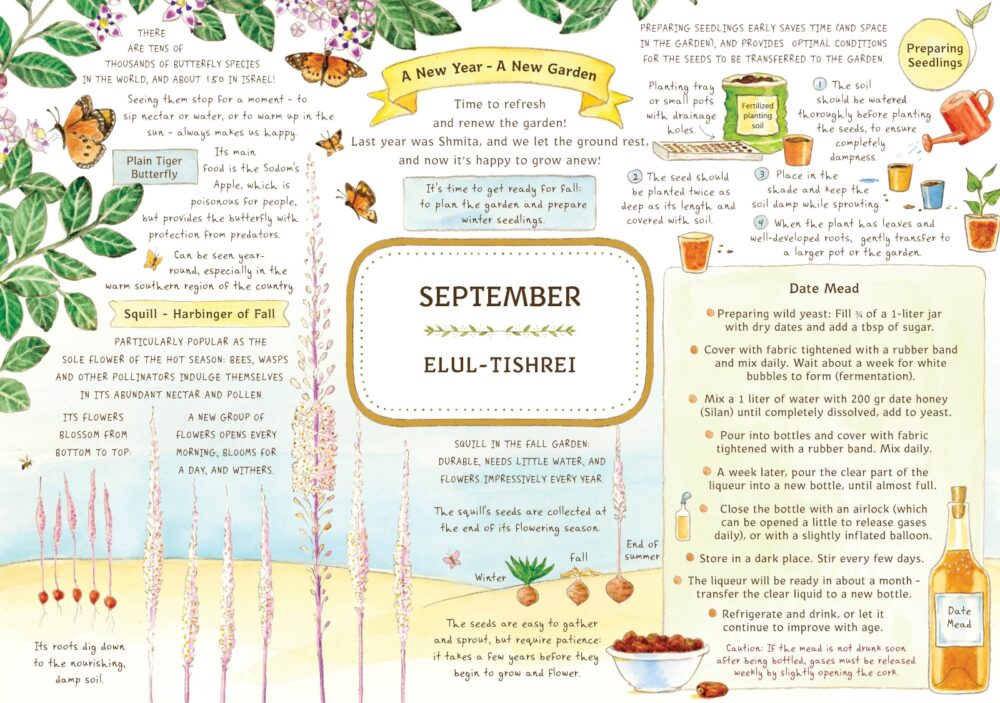 The September page of the 2022/23 “A Year in the Garden.” Photo courtesy of Ilana Stein

Did the shmita (sabbatical) year of 2021/22, in which Jewish law prevents any agricultural activity, pose a problem for the year’s calendar?

Fortunately, Stein tells ISRAEL21c, it coincided with the pandemic in which people were a lot more at home and on the lookout for a new hobby, so indoor home gardening was a good solution for the theme of the edition.

Gardening around the seasons

The topics covered in A Year in the Garden reflect how broad a subject gardening really is.

“Indoor pot plants, sprouts on your kitchen shelf, herbs in a window box, foraging wild plants in the fields are all part of gardening in my opinion,” Stein tells me as we sit and munch slivers of sundried figs under a pergola in the garden adjoining her office-cum-store in the picturesque Jerusalem neighborhood of Ein Karem. 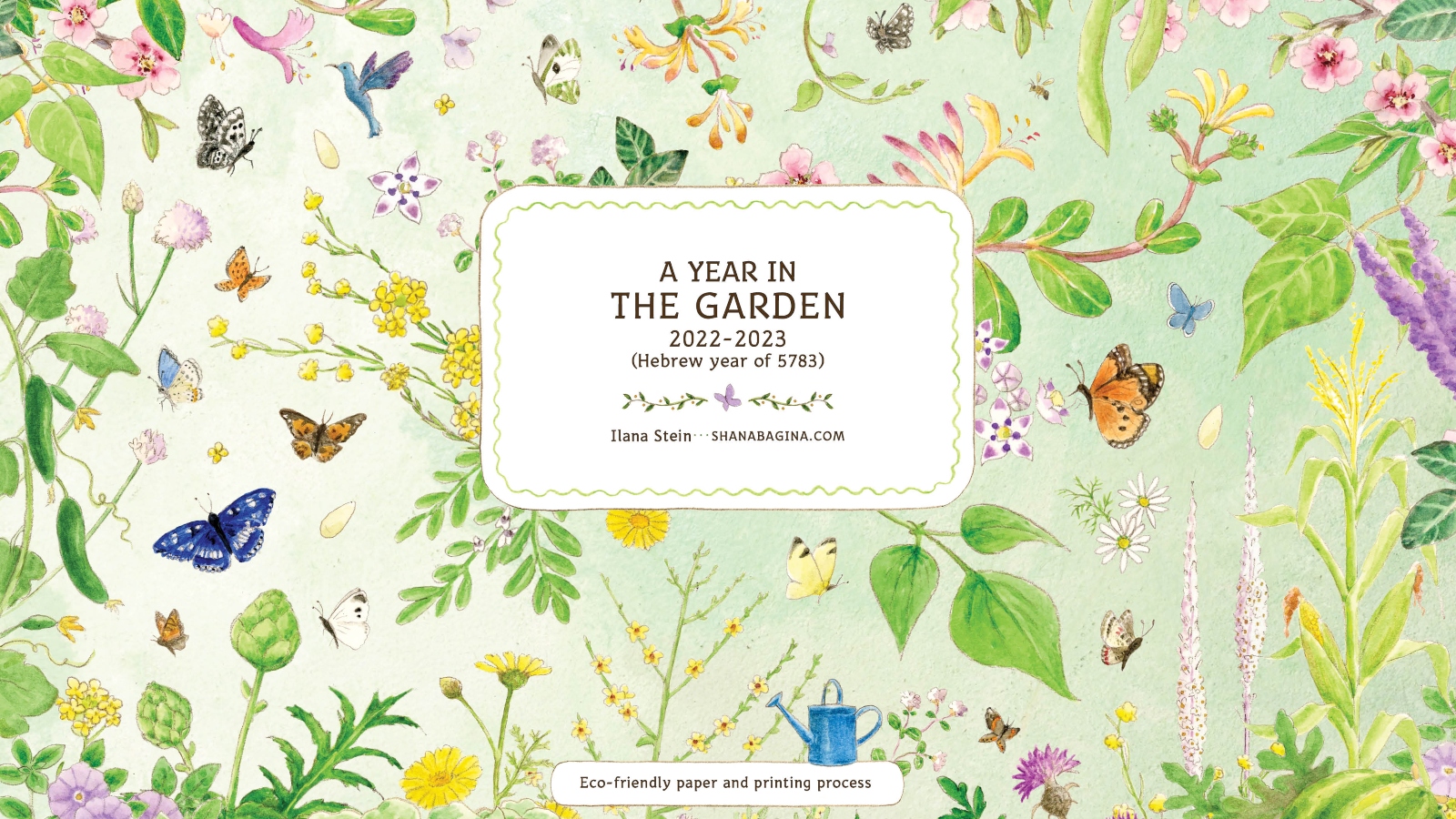 “A Year in the Garden,” a Jewish calendar for home gardeners. Photo courtesy of Ilana Stein

It takes three months to draw the myriad of content needed and Stein aligns herself with the rhythm of nature as much as the calendar does.

She starts off with painting and writing the text in spring through summer. Autumn is a time for rest and winter is a period for rooting (choosing a theme and doing research). The November page of the 2022/23 “A Year in the Garden.” Photo courtesy of Ilana Stein

Each page of A Year in the Garden, which is printed on ecofriendly paper using natural dye, contains illustrations beautifully executed in watercolors and aquarelle pencil in a folk-art style reminiscent of the Moosewood Cookbook, which revolutionized vegetarian cooking in the 1970s.

But this is where the retro ends. Kale chips are a trendy choice for the November recipe, in February it’s celery pesto with the added explanation of how to regrow a celery root, and April has a recipe for making vermouth with leftover wine infused with sage, hyssop, lavender and myrtle.

At the end of the calendar is a useful table for when to prepare and plant seedlings, including how-to explanations for novice gardeners.

You are what you eat

Stein’s love of nature she attributes to her Russian grandfather, who spent childhood vacations in the Black Forest.

But it was only when she completed university and traveled to India with her then boyfriend Davidi (now her husband) to study Ayuverdic medicine that she became more aware of the holistic philosophy of “you are what you eat.” 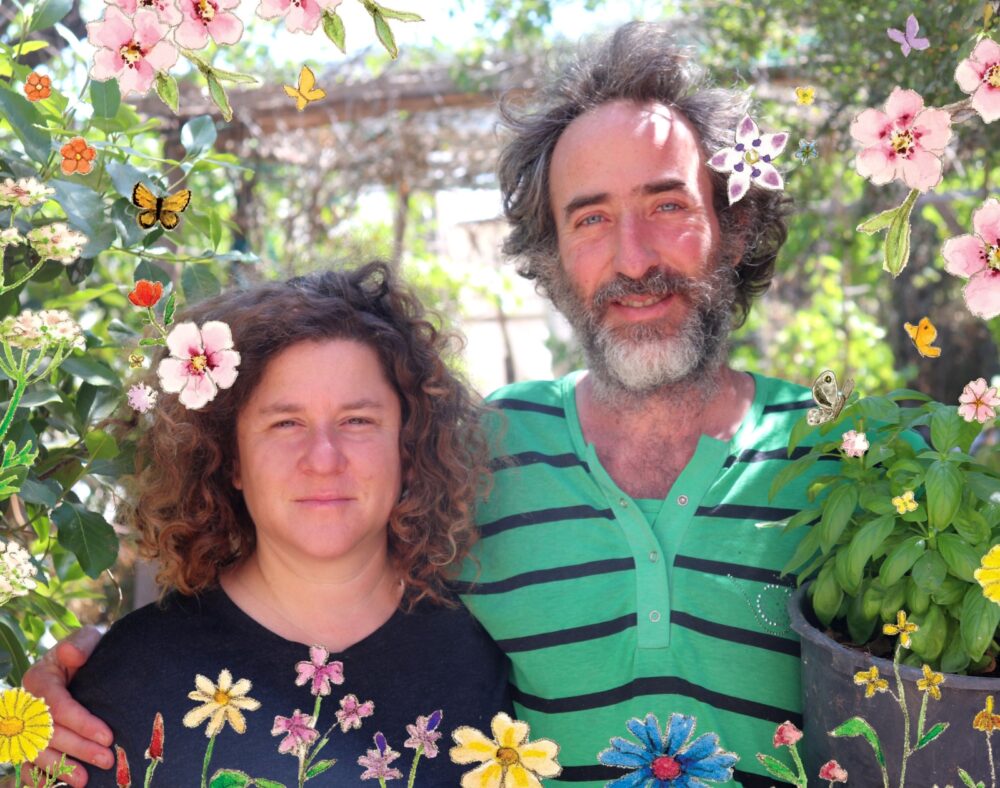 This newfound knowledge led the couple to open a vegetarian catering company on their return to Israel in the early 2000s, followed by a move to Hubeza, a CSA (community supported agriculture) farming community in Kfar Bin Nun.

The couple then relocated to Moshav Bar Giora and started growing vegetables which they would sell to 20 families each week.

“This was the time I started to open my eyes to foraging wild plants. It made me attached to the seasons and the abundance of all seasons, which in turn led to preserving and fermenting,” Stein says.

“The kitchen turns into something very alive … if it’s fig season, you have an excess of the fruit and suddenly you find yourself making dried figs, fig liqueur, fig vinegar and whatever else you think of.”

Living off the land 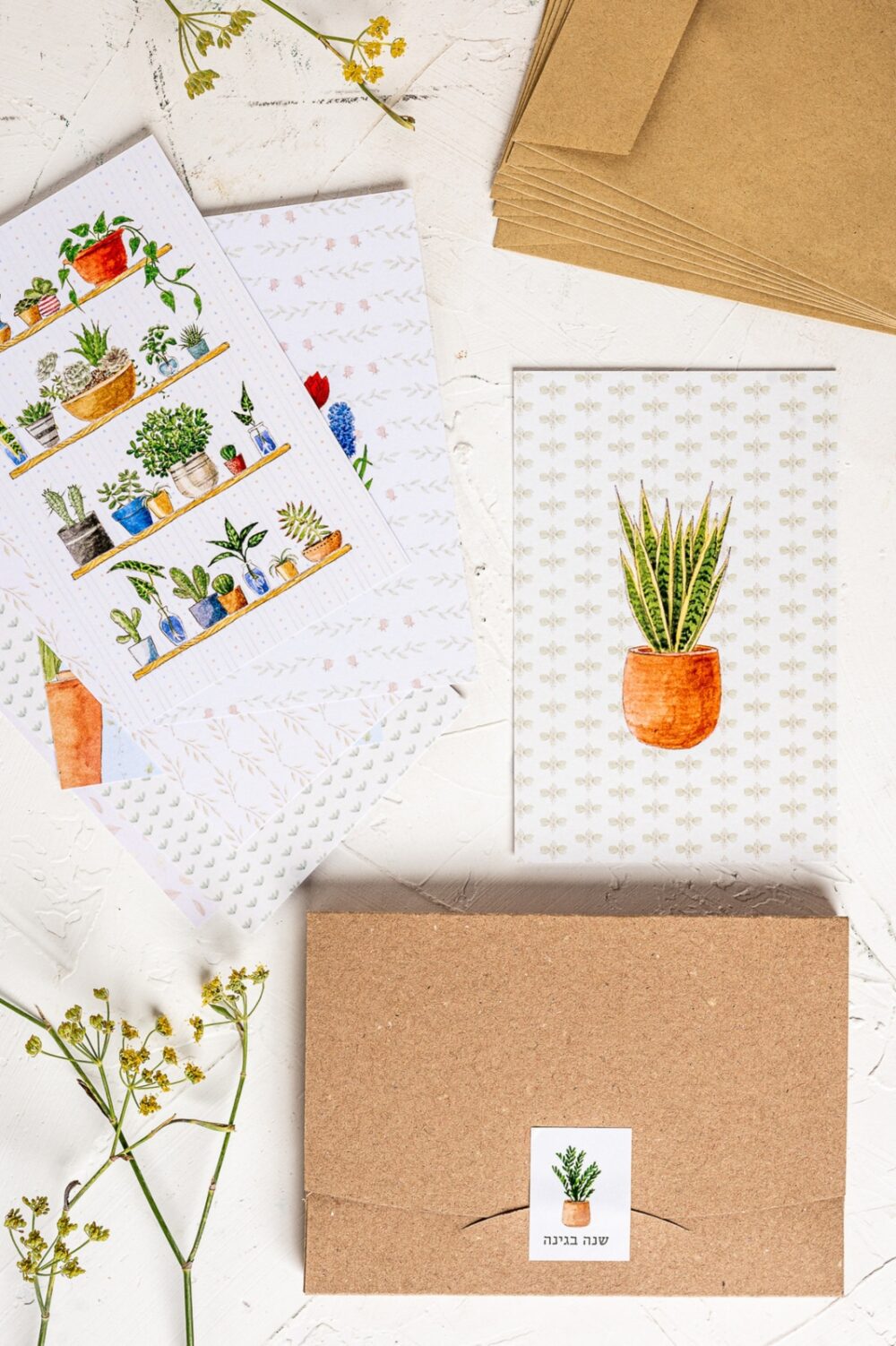 Illustrations from “A Year in the Garden.” Photo courtesy of Ilana Stein

Seven years ago, the family (now including their son, Noga, and daughter, Root) moved to a 150-year-old stone house with a large tract of land set with ancient terraces in Ein Karem.

Their plan was again to live off the land and continue selling the surplus, but there were difficulties they hadn’t foreseen.

A tractor was not able to fit through the entrance and a donkey was brought in to till the land. A bigger blow was the enormous water bill the couple received and had not budgeted for.

Stein realized they had to change direction. With her passion for illustration combined with the couple’s love of cooking and gardening, they came up with the idea of creating a gardening calendar following the seasons of the year.

Stein is as excited, she says, to start afresh with each new calendar as she was in the beginning and enjoys finding the underlying theme for each edition. This year (2022/23) it will be butterflies.

Does she ever run out of ideas?

“No,” says the curly-haired artist, writer and gardener with a smile, “because nature is infinity and there is no limit to how much we can continue learning from it and about it.”