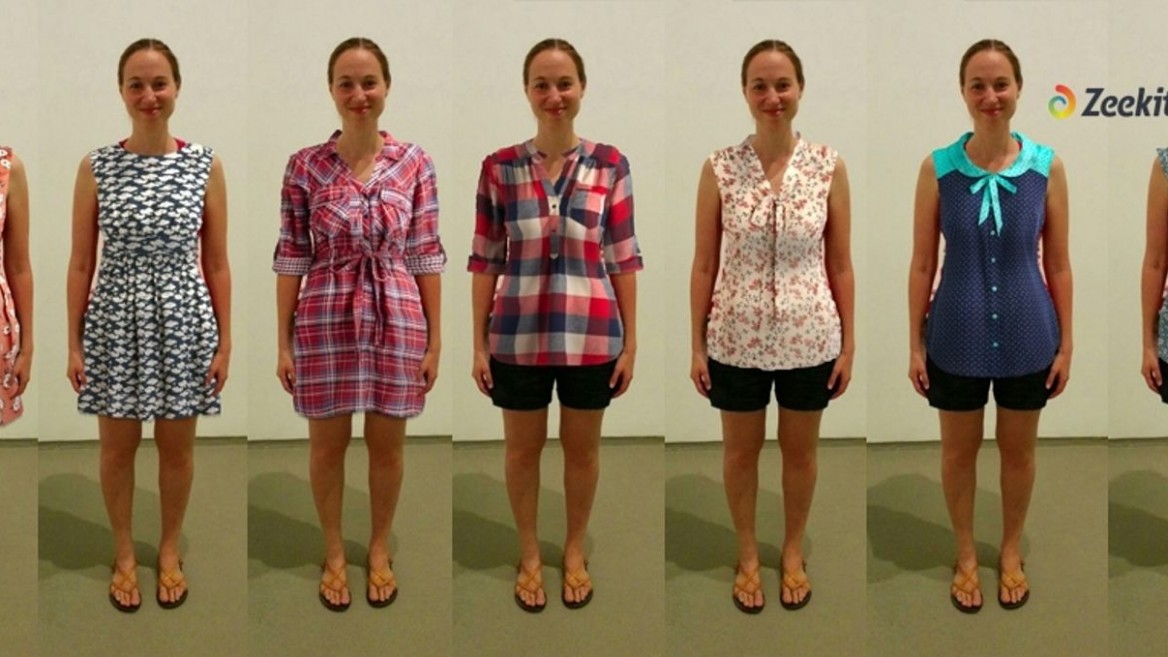 Shopping for clothing online is a wonderful convenience, but since you can’t try on the items you’re always taking a chance they won’t fit or look well on you. That problem is going to disappear with the global debut of Zeekit, a revolutionary app and web platform that allows you to try on clothing virtually before purchasing online.

This fashion-tech breakthrough is the brainchild of 32-year-old Yael Vizel, who was the first woman to command the Israel Air Force (IAF) Telecommunication Officers course and its field and aerial telecommunication crews.

“I feel that when you know what you do may have a huge impact on your country and the people you love, you’re 100 percent motivated to do big things and take large risks,” says Vizel, who was named a 2014 Ramon Breakthrough winner for Israeli entrepreneurship, earning her a spot in the summer Excellence Program at Stanford University’s business school.

Sophisticated deep-image processing enables Zeekit to map the topography of a shopper’s body, but the app (for Android and soon iOS) is easy to use. Upload a regular 2D picture of yourself, answer a questionnaire about the kind of clothes you’re seeking, and receive relevant merchant links to click.

“I feel that when you know what you do may have a huge impact on your country and the people you love, you’re 100 percent motivated to do big things and take large risks.”

A future feature will allow you to switch out any part of an outfit so that, for example, you could try on many different tops with the same pair of jeans.

On the web platform side, Zeekit’s “TRY IT ON!” button can be incorporated into ecommerce sites as well as fashion e-zines and blogs.

Major e-tailers (Vizel cannot reveal specifics) are currently piloting Zeekit. Their goal is not only improving the shopping experience but improving their bottom line, given that about half of online clothing purchases are returned. The realized savings would make it worthwhile to share profits with Zeekit.

“We want to be the Google of fashion and boost the conversion ratio from 6 percent of fashion site users who make purchases to 50%,” Vizel says.

Born in September 1983 to a lawyer mother and electrical engineer father in Ramat Gan, Vizel was a gifted student and excelled in ballet, jujitsu and swimming. She wanted to be a combat soldier but the army assessed her talents and assigned her to a programming course. She started her military service as an IAF fighter-jet flight-simulator programmer.

In 2003, Vizel completed the technical track of the IAF officer-training course and then won a position normally off limits to female cadets: leading special-forces tech missions on the ground.

“This position requires a deep understanding of different technologies and the ability to lead a fairly large team, every week in a different area, in the desert in summer and in the Hermon [mountain] in winter, many times in dangerous areas. I thought it was challenging to lead these teams while literally protecting our home and families,” she tells ISRAEL21c. 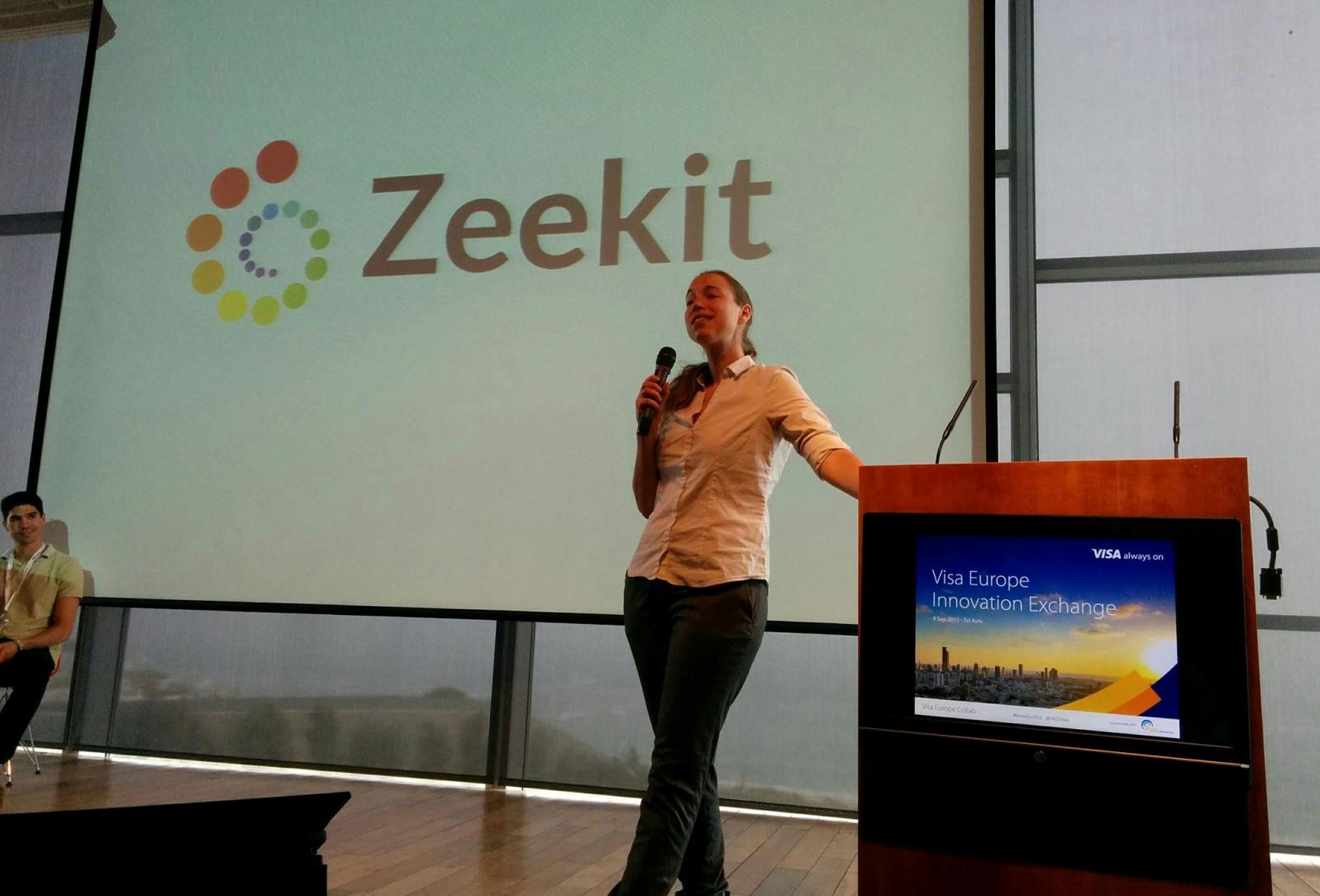 When it was time to rotate out, Vizel chose to command aircraft missions and became the first female commander of the telecommunications technical officers’ course.

After four and a half years of service, Vizel again blazed a trail as one of only seven female students in the 150-student electrical engineering program at the Technion-Israel Institute of Technology. She was active in campus entrepreneur clubs, wrote a student-life column in the campus magazine, taught entrepreneurship at Leo Baeck high school and became chief guide in the Haifa Scouts. And she graduated as valedictorian in 2010.

‘I had so much energy’

Even before graduating, she began engineering hardware for graphic real-time embedded systems at Elbit, where she would later work full time.

“After a while I started my master’s degree and kept thinking of new ideas. I had so much energy, and I wanted to try starting my own company.”

In early 2013, she and her friends Alon Kristal and Nir Appleboim founded Zeekit in Tel Aviv. At first, they planned to use image processing to help online customers visualize home furnishings and renovations. 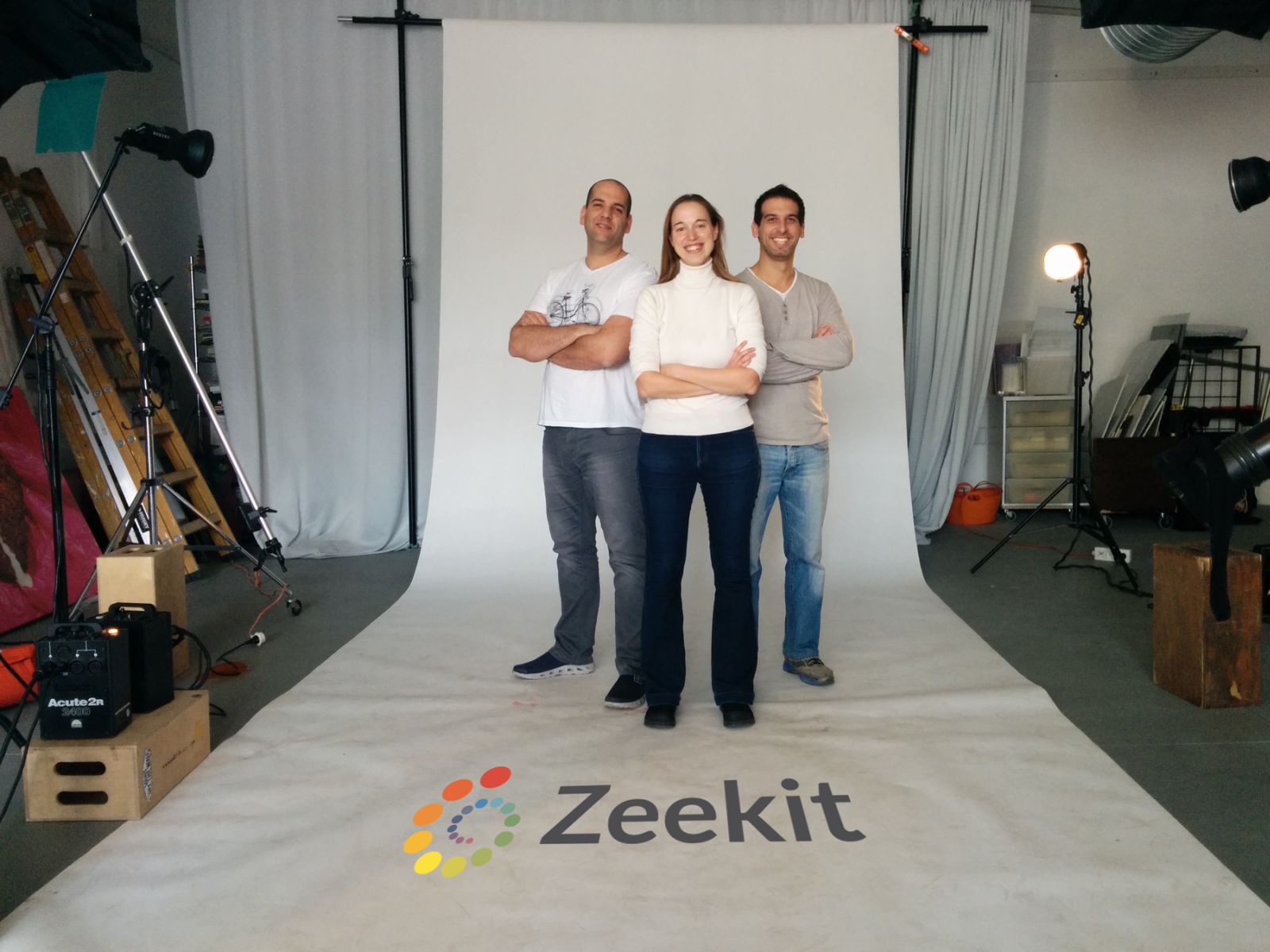 “When we did deep research on the home design field, we found there are many solutions available, whereas when buying clothing online you don’t have experts to help you, and that’s something you do much more frequently. We also realized we could reach a younger crowd this way,” says Vizel.

Earlier attempts at “try-on” technology were too complex to be practical. “We chose to develop something really simple, really comfortable to use and very scalable,” says Vizel. Zeekit’s 10 employees worked closely with about 400 beta testers to get opinions and insights as they perfected the technology.

“We do all the image processing and human-body estimation of sizing and reconstruction of clothing on your body. The moment 3D cameras are put into telephones, we’ll integrate them too.”

A newer Israeli startup, Fitterli, won Intel’s Business Challenge Europe 2014 for its try-on tech using personalized 3D avatars made from a customer’s photo, rather than using the customer’s actual photo as Zeekit does. Vizel says this and other features make Zeekit uniquely scalable.

Despite running her own business and wooing investors and partners worldwide, Vizel regularly stays up till the wee hours of the morning doing cool stuff like building her own 3D printer and co-writing a book about the life of her 94-year-old grandfather.

“Those are amazing hours to think and create with nobody interrupting. And creation makes me happy,” she says.