If you or someone you know is diagnosed with bladder cancer, the good news is that 75 percent of cases fall into the treatable category of non-muscle invasive bladder cancers (NMIBC). The bad news: 70 percent of NMIBCs recur and current treatments may be making it worse.

Vessi Medical hopes to reduce the rate of recurrence by freezing away bladder tumors with cryoablation, a process that uses extreme cold to destroy tissue.

Cryoablation has been used for many years with breast, cervical and skin cancer. But it has never been used to treat NMIBC.

The bladder is unlike other organs, explains Vessi Medical CEO Eyal Kochavi. “It’s mostly muscle and very flexible. It has the ability to change its volume in a way that we don’t pay attention to. So, for example, we don’t feel any urge to urinate until it fills to almost half a liter.”

The bladder is composed of muscle and mucosa. The mucosa sits on top of the muscle “like a thin layer of coral,” Kochavi says. NMIBC presents as flat tumors on the surface of the mucosa. For that reason, it’s often referred to as “superficial” bladder cancer.

These factors make cryoablation difficult. One common technique involves inserting into the tumor a needle through which cooled, thermally conductive fluids circulate, creating an ice ball with a temperature as low as minus 160 degrees Celsius. But NMIBC doesn’t have those kinds of solid masses.

Another technique is to inflate a balloon with the freezing cold fluid inside it that is then placed in contact with the tumor. But the bladder’s flexibility results in tumors with variable three-dimensional surface shapes that make the balloon approach unworkable.

The gold standard for treating NMIBC is to insert into the urethra a half millimeter wire with a loop at the end which scrapes off the cancerous tissue. However, TURBT (transurethral resection of bladder tumor) is an imprecise process that can result in healthy tissue being accidentally removed.

“It causes bleeding and sometimes perforation,” Kochavi says. Even worse, the scraping process “can spread the cancer all over the place,” which is part of the reason for recurrences.

Vessi Medical’s cryotherapy is delivered as a spray so physical contact with the bladder mucosa is minimized while at the same time the risk of dispersing cancer cells through scraping is reduced.

Moreover, if during the treatment healthy mucosa nearby is harmed, the mucosa can regenerate like skin grows back after an injury. Contrast that with TURBT treatment, which can mistakenly hit muscle, creating scars and leading to lifelong problems for patients.

“It’s ridiculous that some people wind up with a worse quality of life than patients who had much more aggressive cancers,” Kochavi says. 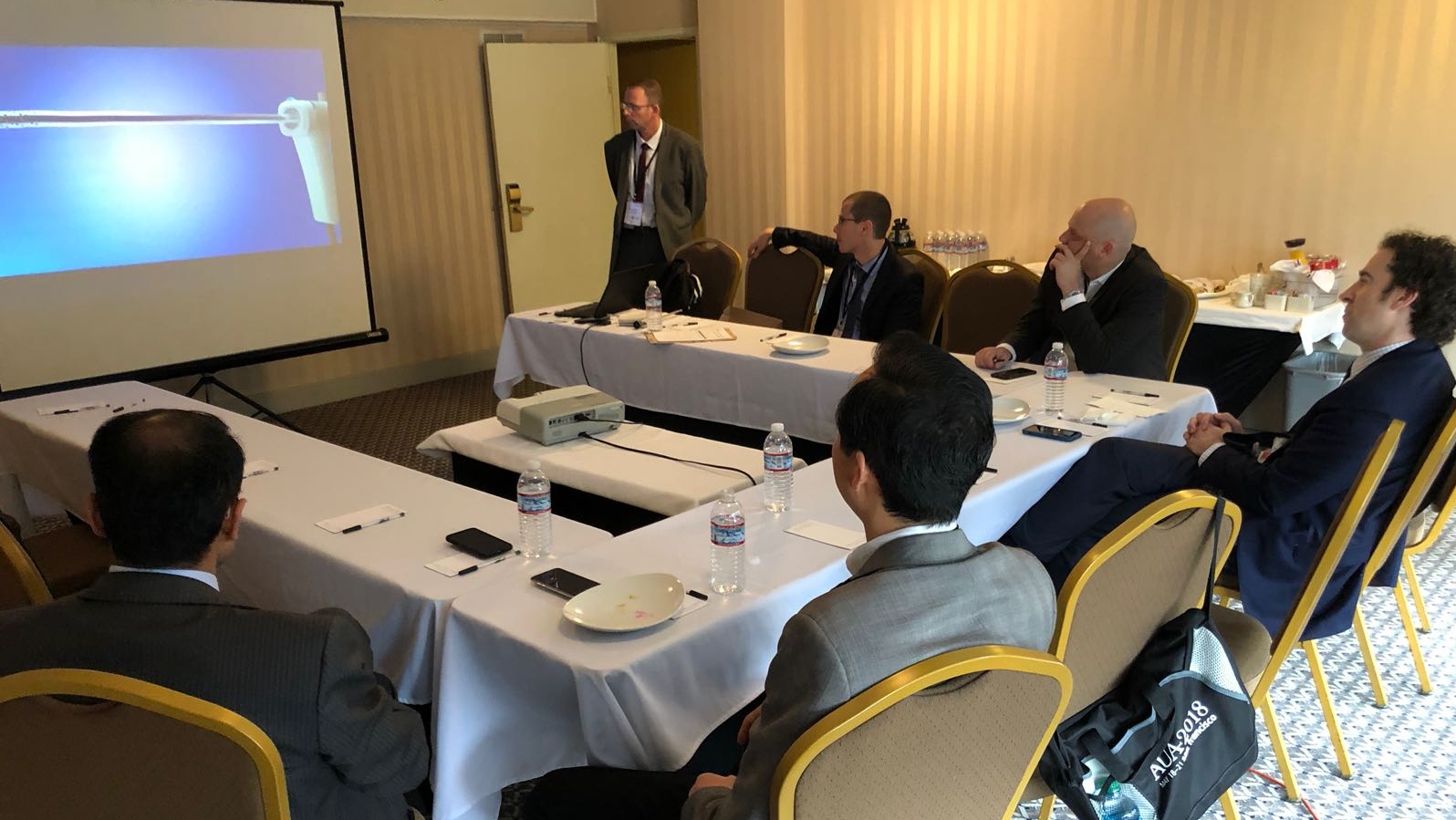 Easy for physicians to use

Vessi Medical (vessica urinaria is Latin for “bladder”) is part of the Trendlines Group startup incubator, which receives funding from the Israel Innovation Authority.

Kochavi tells ISRAEL21c that his five-person company has successfully eliminated tumors in pigs and the company is now looking to raise $1-3 million to begin clinical studies on humans and to start the regulatory process for FDA approval in the United States, which will be the company’s first market.

NMIBC affects 2 million people globally, with 300,000 new cases reported a year. It is the fourth most common cancer in men. The initial market that Vessi Medical is addressing is estimated at $1.2 billion.

If all goes well, commercialization could start as early as the end of 2022.

Vessi Medical’s cryoablation system uses the same type of disposable catheter and standard optics surgeons are already used to. That’s as much a business decision as a medical one.

“We learned the healthcare systems’ reimbursement issues and what will make this easy to use for the physician,” Kochavi says.

Cryoablation should be less expensive than TURBT treatment, Kochavi points out – not so much the device itself (which will be priced at $1,200 per disposable catheter) but the costs to the system from side effects, follow-up visits and hospitalizations.

TURBT is done under general anesthesia in the hospital, but cryoablation can be performed in a doctor’s or hospital outpatient clinic under local anesthesia. Patients can walk out the same day and the treatment should be tolerated well, Kochavi adds.

How does he know, given that it’s only been tried so far on pigs?

Kochavi has worked with freezing technology for much of his 20-year career, including a stint in the urology division of Galil Medical. He has a master’s degree in biomedical engineering and an MBA as well.

Kochavi hopes that Vessi Medical’s cryoablation technique will eventually be used to more effectively treat many types of bladder dysfunction including overactive bladder.